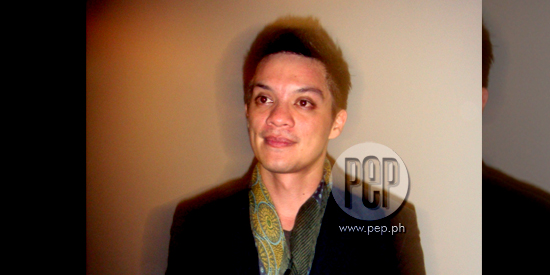 Last November 30, Bamboo Mañalac rocked the stage at the SALUDO: A Concert for Heroes, a benefit concert by H.E.R.O. (Help, Educate and Rear Orphans) Foundation at the Nuvali Evoliving Center, Sta. Rosa, Laguna. The foundation aims to help children or siblings of Filipino soldiers killed in action or totally incapacitated due to combat action by providing educational assistance in the form of stipends.

When Bamboo was asked to define the word “hero,” he answered: “Sacrifice is the word that comes in. Integrity. A code, living by a code.

“Heroes are—here’s what I’ll say, we easily label heroes to a lot of people, right? Same as genius, same as the other words. There should be a little more weight to those words.

“I know who my heroes are, who inspired me not only in music but in life.”

Bamboo said that it is about time for him to give back to those who support him. “It’s great to be part of something, of a foundation, something that gives back especially to the children.

“Especially the children of the ones who sort of lay themselves on the line, sacrifice right? Made the ultimate sacrifice, right?”

“So, I’m really thankful I am here today.”

AWIT AWARDS. The Pinoy singer does have a lot to be thankful for. Last November 27, the Philippines’ Prince of Rock received the Best Male Performer trophy for the single titled Questions during the 2012 Awit Awards.

“It feels great, man. It feels great," he says about his first award as a solo performer. “I just continue what I wanna do, it’s so special for me ‘cause I think this album is a very personal album for me, I dug in deep.

“If you saw a preview of the three songs, when we play internationally, we have a longer set. The challenge was how to mix it up in a set.

“When we played sa Singapore Museum it’s like, we almost played the whole album. So, I’m happy.

Bamboo also shared that the secret behind his current success is the “chemistry” between him and his new band mates.“I think I found a great bunch of guys, we sort of give each other.

“It’s about the core and their inputs are always welcome, that’s I sort of work and trust those people and what they throw in the pot.

“You should see what we create, there’s a lot of color, a lot of range.”

OVERSEAS RESPONSE. During the interview, Bamboo also expressed his appreciation for OFWs (Overseas Filipino Workers) and foreigners who support his gigs outside the country.

“What I said, it is needed these days; you know what I mean? They are keeping the [music] scene on a flow.

“Apart from the other bands, having gigs here, you know we are—some guys is having a hard time getting gigs here but overseas, we have a bit of a scene now.

“So now, they are able to go to Dubai, New Zealand, Singapore, to the U.S.

“So, I’m happy. The world is getting smaller, right? And we’re getting bigger.”