Stray Kids delivers a message of hope to earthquake victims 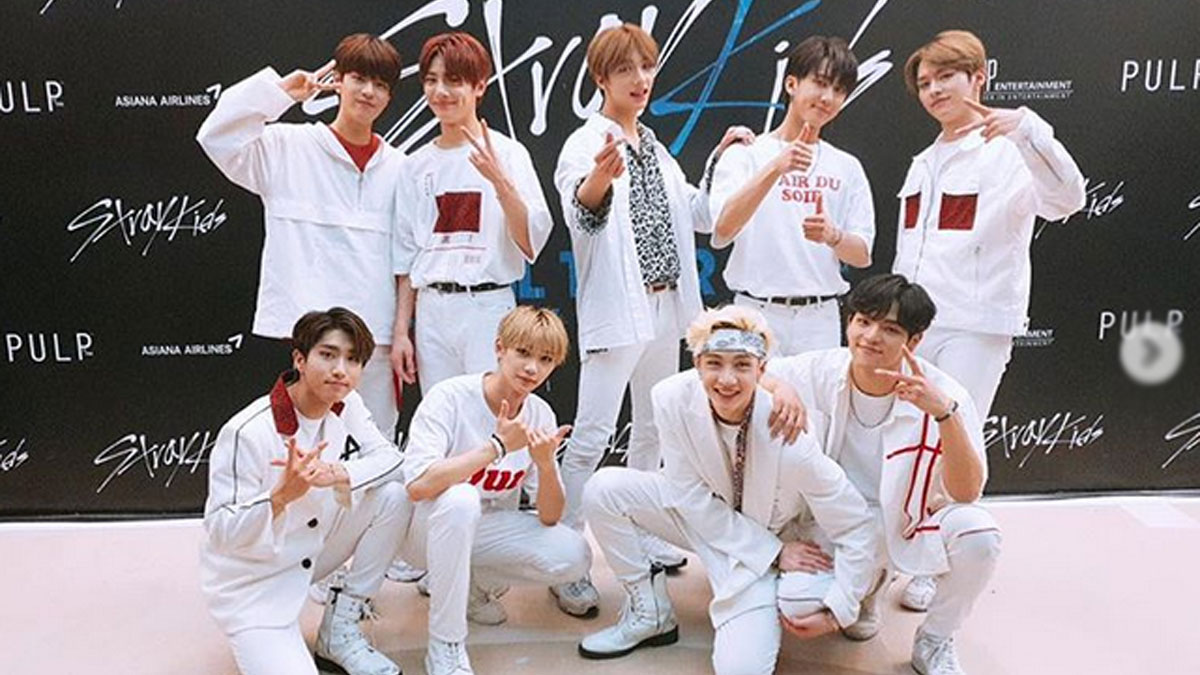 Stray Kids to Filipino earthquake victims: "To all those who have been affected, who have been hurting, who are still grieving, we want everyone to recover quickly."
PHOTO/S: realstraykids Instagram

K-pop group Stray Kids delivered a message to the Filipinos who were affected by the strong earthquakes that shook the Philippines.

During their Unveil Tour ‘I am…’ in Manila held at the Smart Araneta Coliseum in Cubao, Quezon City, Saturday night, April 27, Stray Kids leader Bang Chan took the opportunity to sympathize and give hope to those who were affected, especially the Filipino Stays.

Stay is the name of their fandom.

He said, “Before we travelled to the Philippines, we were aware... we’ve heard about the earthquakes…

“Honestly, we were very saddened because it’s something… sometimes we don’t expect this kind of things.

“For us, the first thing that came to our minds was the Philippine Stay.

Bang Chan continued, “And, no matter how, we will try our best to help out, so we want you guys to have hope and also find hope through us.

“So we are always with you guys, okay.

“Just like Stay stays with us, us, Stray Kids, will stay with you, guys.

“So don’t look at the past, be well today, and look forward. Because time is ever going, it won’t stop, okay.

#StrayKids leader Bang Chan gives a message to Filipinos who were affected by the earthquakes. #UNVEILTOURinManila pic.twitter.com/dmIOdFMByS

Aside from Bang Chan, the other members of Stray Kids are Woojin, Lee Know, Changbin, Hyunjin, Han, Felix, Seungmin, and I.N.

Manila was the fifth stop of the Stray Kids Unveil Tour ‘I am…’, where the nine-member group performed before an unexpected jampacked crowd at the Big Dome.

Deafening screams greeted Stray Kids when they finally took the stage to perform.

They opened their first concert in the Philippines with their pre-debut songs “Hellevator” and “Grrr.”

The setlist, of course, included the title tracks from all of their mini albums: “District 9,” “My Pace,” “I Am You,” and their latest title track, “Miroh.”

It was the first time that Stray Kids performed "Miroh" and "Victory Song" in their Unveil Tour since it was released just last March 25, in time for their first anniversary.

One of the highlights of the concert was the aegyo portion, where all nine members had to show their cute side.

Some of the members had no trouble doing to the delight of their fans, others cannot help but cringe after doing it.

Stray Kids is the newest boy band from JYP Entertainment, which is also the home of popular K-pop groups 2PM, GOT7, Twice, Day6, and Itzy.

They were created through a survival program with the same name, Stray Kids.

In that short time, they have been conquering the K-pop scene all over the world.

Stray Kids is one of the most-awarded groups in the history of K-pop, sweeping all the rookie awards in 2018—including the much-coveted Best New Male Artist at the Mnet Asia Music Award (MAMA).

Stray Kids Unveil Tour ‘I Am…” in Manila was presented by JYP Entertainment, PULP, and Asiana Airlines.