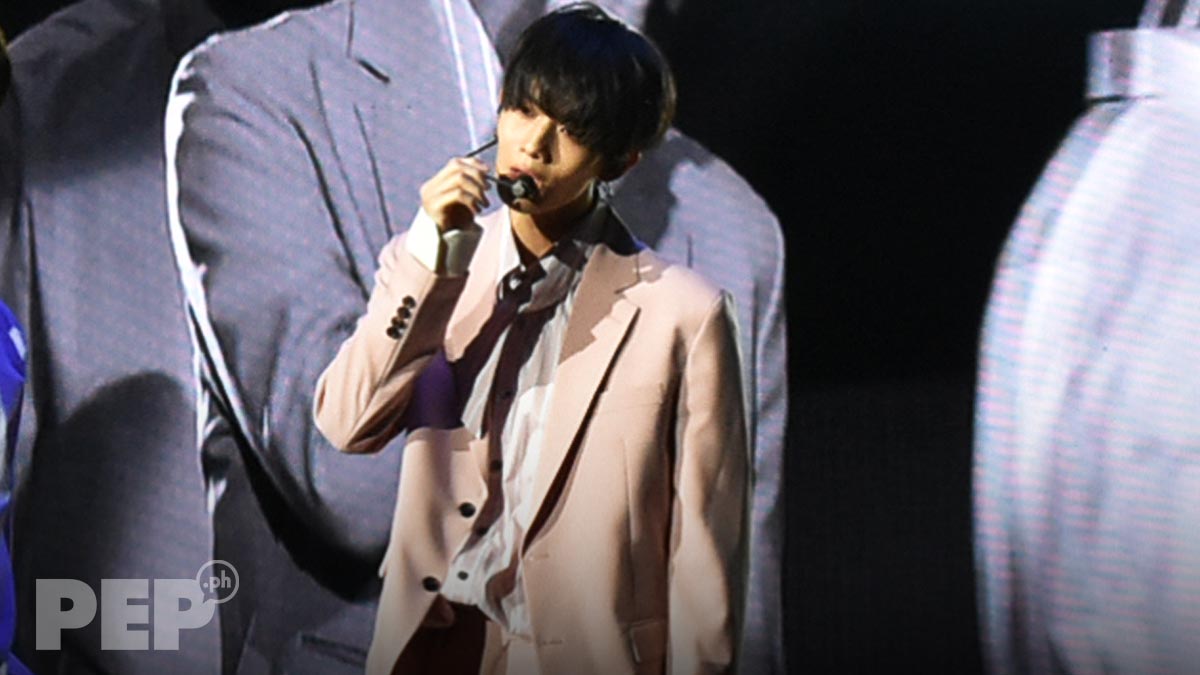 Bae JinYoung showed his cute and sexy side during his Manila fan meet dubbed as "IM YOUNG" held at the New Frontier Theater on May 18, 2019.
PHOTO/S: Nikko Tuazon

South Korean idol Bae JinYoung made hundreds of his Filipino fans feel kilig during his first-ever fan meet held in Manila on Saturday night, May 18.

He was among the 11 idols who won the competition and became part of the group called Wanna One.

This marks JinYoung's third time to visit the Philippines following the group fan meet in October 2017 and first major concert in September 2018. 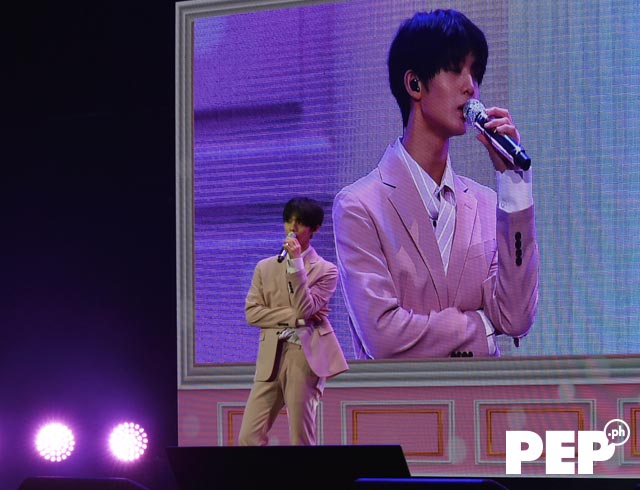 JinYoung showed off his cute and charming side during the opening performances.

Donning a pastel pink suit, he performed the song "Hug." 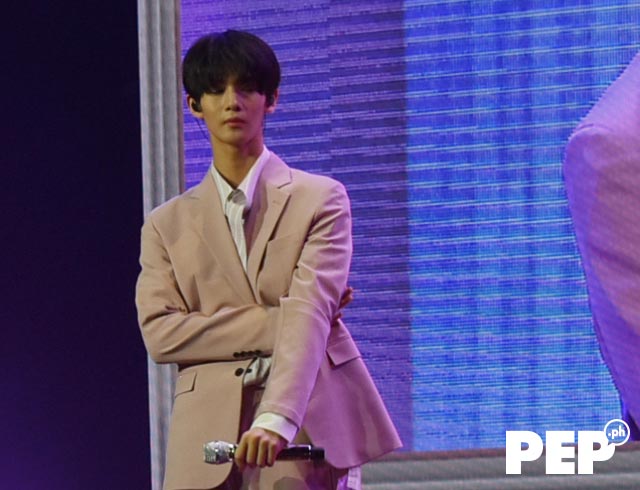 This was followed by his performance of "Oh Little Girl." 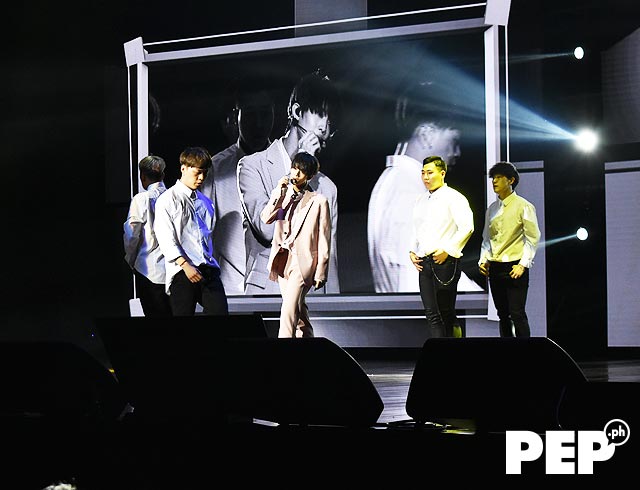 For the second set of performances, he wore an all-black ensemble to show his sexy and manly side. 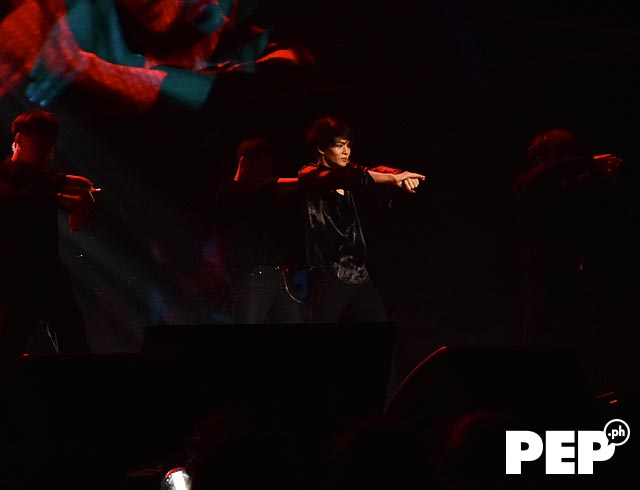 In this segment, he did a dance cover of The Weeknd's song titled "The Hills."

This was followed by "Eleven," a song he originally performed with fellow Wanna One members JiHon and GuanLin (both not in photo). 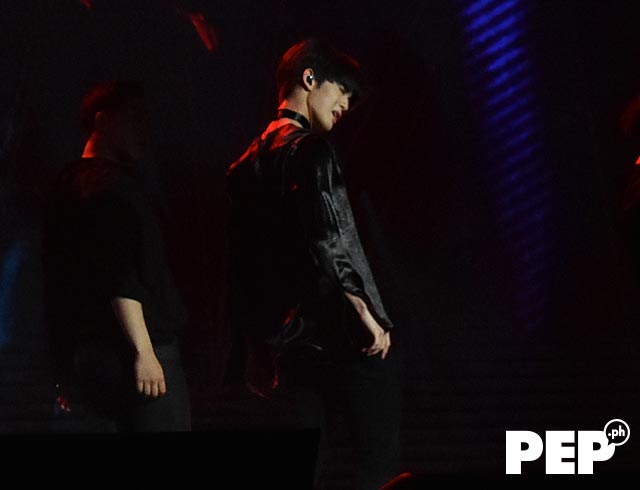 After his performances, JinYoung had another outfit change for the interview segments of the fan-meet.

Talking to Sunny, he said he prepared a lot for this fan-meet.

He narrated, "Before, he was more cute. But now, I'm more confident to show a sexier or manlier side."

JinYoung later added, "I haven't been resting because for me, I'm very happy when I practice to show you more sides of me." 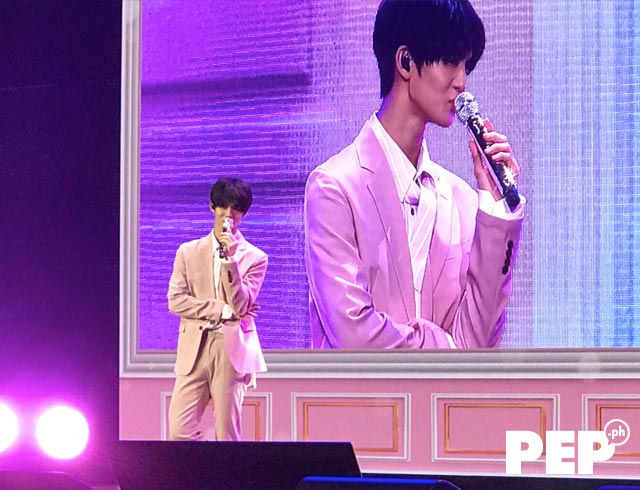 During the first part of the interview, fans got to know the "three wonders and three mysteries" of JinYoung.

Photos of JingYoung's poses wore shown on the LED screen. Sunny asked him to do a live version of his 45-degree angle pose.

This means that the size of his face multiplied by 11 is equal to his height.

He also did a live version of his viral "Baebastic" introduction video from Produce 101 Season 2.

According to JinYoung, his talent agency, C9 Entertainment, gave him the idea to do this for his introduction video. 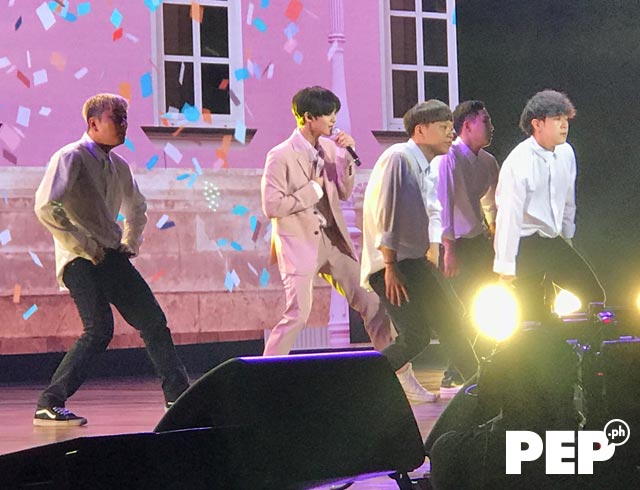 During the second part of the interview, fans recalled how they became attracted to JinYoung during a segment called "The Moment I Fell For Bae Jin Young."

During this part of the interview, he shared some of the Tagalog words he learned so far.

Addressing his Pinay noona fans, he said, "Ate, I love you."

Noona is a term in Korea used to call girls older than their age.

As for his male Filipino fans, JinYoung calls them "Kuya!"

The Wanna One member basically did some cute poses, also known as aegyo, for his fans. 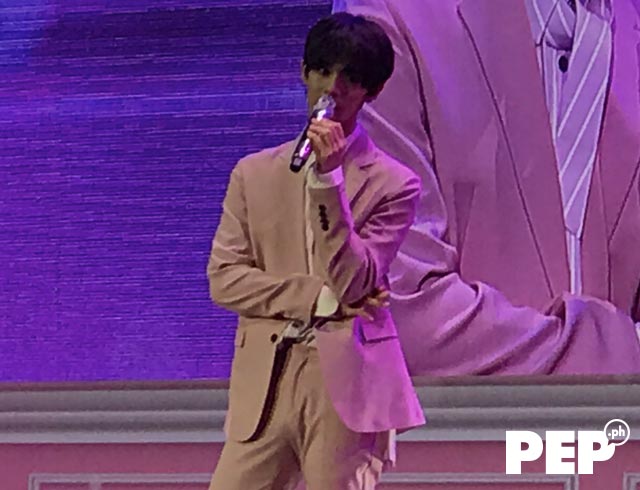 One highlight of the fan meet was when fans gave him a birthday cake in celebration of his 20th birthday. 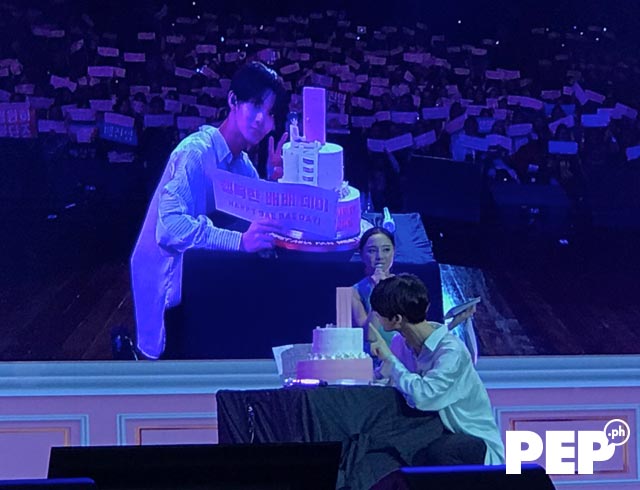 Towards the end of the fan meet, JinYoung emerged on stage wearing his official fan-meet shirt and danced to Justin Bieber's song "Baby."

Lucky fans got an up-close encounter with JinYoung during the hi-touch and group photo segments after the fan meet. 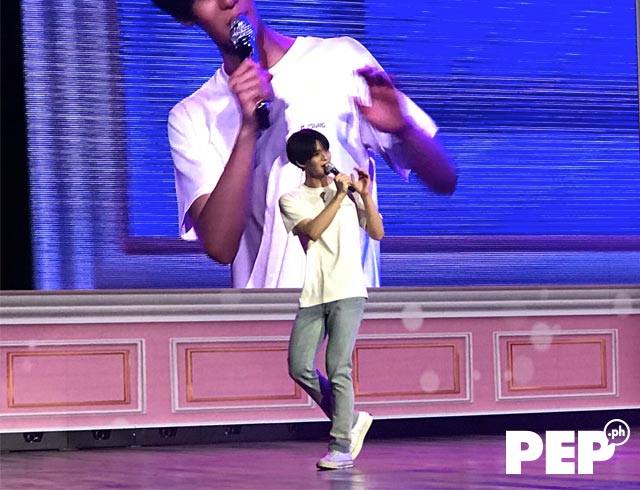