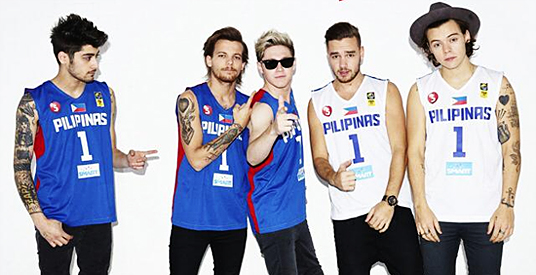 The concerts of One Direction (in photo), Ed Sheeran, The Vamps, and The 1975 will take place during the first quarter of 2015.

Get ready for the British acts that will invade Manila next year!

One Direction, Ed Sheeran, The 1975, and The Vamps are set to conquer Manila during the first quarter of 2015.

Music Management International (MMI) recently announced that these four acts are slated to hold their Manila concerts after the phenomenal success of their respective tours around the globe.

The 1975, an English indie rock band, is slated to hold its Manila concert on January 24 at the Mall of Asia (MOA) Arena.

British pop band The Vamps will hold its February 1 concert also at the Mall of Asia Arena.

Singer-songwriter Ed Sheeran will hold the Manila leg of his Multiply tour on March 12 also at MOA Arena.

Meanwhile, One Direction is expected to thrill their Pinoy fans on March 21 & 22 at the SM Mall of Asia Concert Grounds.

THE 1975. Led by vocalist Matt Healy, this Manchester art-pop quartet has been on the road seemingly non-stop with performances across the globe since the release of their debut album in 2013.

After performing in a series of mall shows in Manila earlier this year, members of The 1975 are returning for their own headlining show in January 24, 2015 at SM MOA Arena.

Their hit singles with expressive lyrics coupled with their popular tours have led to their status as “Britain’s biggest new band.” 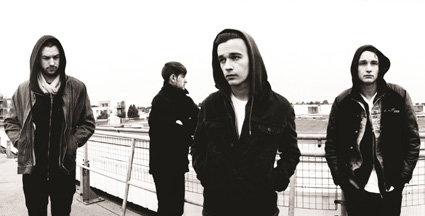 THE VAMPS. For the love month, British teenage foursome The Vamps will take the stage on February 1, 2015 at SM MOA Arena.

This British group unleashed their maiden effort Meet The Vamps in the United Kingdom with the record reaching No. 2 on the charts on April 2014.

This hit album included three singles, “Can We Dance,” “Wild Heart” and “Last Night,” plus 12 other catchy tunes.

Manila, we are coming for you on Feb. 1 at the MOA Arena! Who's coming to party with us? @mmilive @itsarpee #MeetTheVampsTour 😘 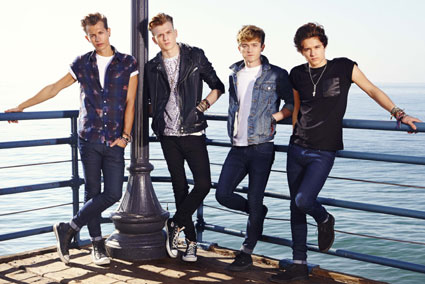 ED SHEERAN. MMI will bring multi-platinum recording artist Ed Sheeran to perform for the first time on March 12 (Thursday) at the Mall of Asia Arena.

In 2013, Ed Sheeran toured North America with Taylor Swift for her Red Tour and he had his own sold-out concert at Madison Square Garden, New York. Sheeran has indeed come a long way since he first started making music in 2005.

The talented 23-year-old performer gained international recognition when his song “Lego House” gained heavy airplay in different radio stations. His songs are included in blockbuster movies The Hobbit and The Fault in Our Stars, namely “I See Fire” and “All of The Stars,” respectively.

Best described as an authentic blend of soulful folk undertones with a mix of hip-hop/R&B hooks, his latest album X has already won worldwide acclaim, debuting at No. 1 in the U.S. on the Billboard 200 as well as other countries around the globe.

Sheeran’s debut album + reaped multi-platinum sales around the world, and earned the British singer-songwriter three Grammy Award nominations, including nods for Song Of The Year.

Catch this romantic crooner at the Mall of Asia Arena on March 12, 2015. 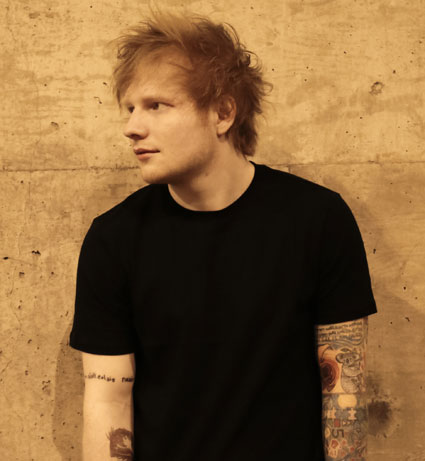 ONE DIRECTION. When news broke out that British boy band One Direction will visit the Philippines in 2015, tickets for the first day of their concert were sold out in just two hours!

Fans who weren’t able to score tickets cried in desperation, but they were relieved to find out that the international pop sensation will be holding another concert the day after, March 22 (Sunday).

The boys all auditioned separately in The X Factor in 2010, but unfortunately, they got eliminated.

Simon Cowell had better plans for them when he instructed them to become a group in just “10 minutes” to join the competition as a team.

The group performed together all throughout the show, and eventually were able to have their own solid fan base called “Directioners.”

One Direction, also called 1D, came out in third place in the final round of the competition.

Despite not coming on top, the boy band has grown to become one of the top British pop superstars of this generation.

One Direction skyrocketed to fame after they released their debut song “What Makes You Beautiful,” which earned for them the Best British Single at the 2012 BRIT Awards, three NME awards, two Kids' Choice Awards, and four MTV Video Music Awards in 2011.

To date, the "One Direction infection” has spread on a worldwide scale. The group released more chart-topping songs namely “One Thing,” “One Way or Another,” “Story of My Life,” and “Little Things,” among others.

1D is slated to release its fourth studio album titled Four by November 2014. Watch the boys perform in Manila as part of their On the Road Again Tour 2015.


The British Invasion Manila is the big blast to start the year right this 2015.