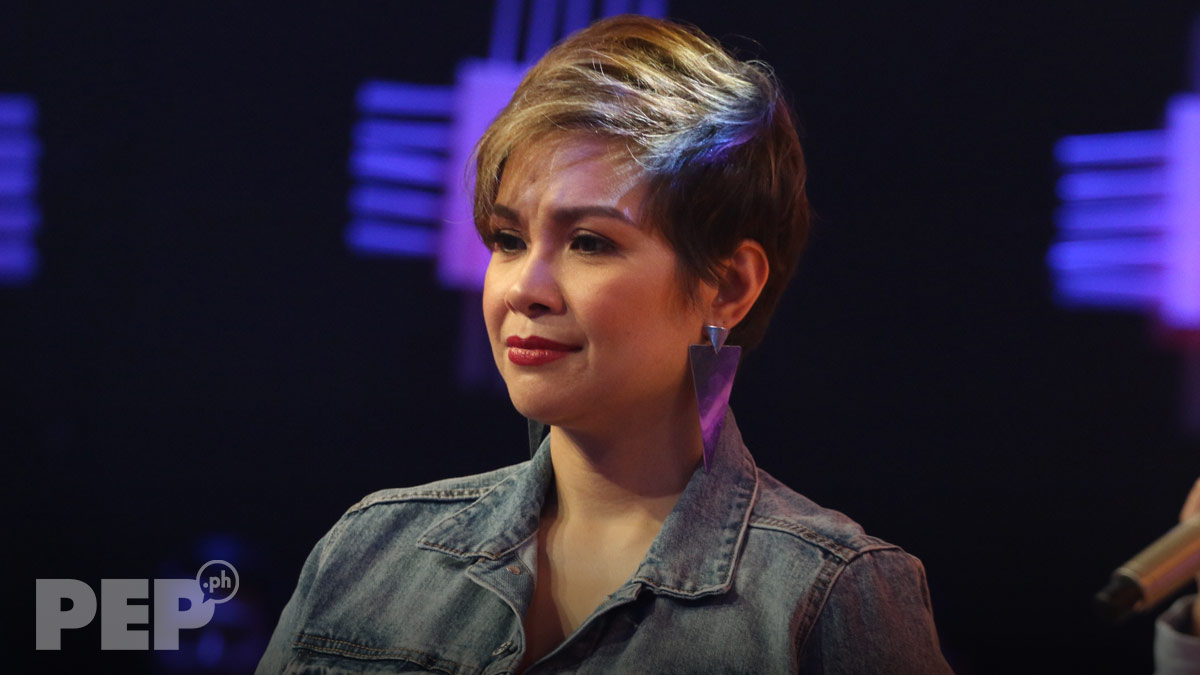 Ocampo was the head judge of the competition when she was nearly eliminated in a recent episode of It's Showtime.

“My gosh! First of all, don’t say blank ka lang to anyone in any profession because minamaliit mo ang propesyon ng iba, when every profession is one of dignity so huwag mong ila-lang ang kahit sino,” Lea told PEP.ph and other media during the September 3 launch of the 2019 SEA Games theme song and music video that she performed. The event was held earlier this afternoon at Resorts World Manila.

“And then to say that about Louie Ocampo? I was mortified when I heard about it. It made me feel really bad,” the Tony award-winning actress added before recalling her personal relationship with the songwriter responsible for classic OPM hits such as “Ewan,” and “Tell Me,” among others.

"The same goes for people like Mr. C [National Artist for Music, Mr. Ryan Cayabyab] and so many other writers and composers in this country,” Lea recalled.

“So when one of my friends, one of my colleagues, someone who I’ve known for 25 years is nila-lang lang sila, it personally hurts me. Because you don’t have any idea who these people are.”

Shantal Cuizon was nearly eliminated from the semi-finals of Tawag ng Tanghalan after a visibly frustrated Louie Ocampo counted three pitchy or off-key mistakes in her performance of Joni Mitchell’s “Both Sides Now.”

Shantal later took to Twitter asking for “Hustisya” before alluding to the head judge with her “composer ka lang” tweet.

The young aspiring singer has since deleted her tweet and publicly apologized during the Quarter 4 semifinals of Tawag ng Tanghalan on It’s Showtime where she failed to advance in the competition’s grand finals. Lea said she has not seen Shantal's apology.

“I didn’t watch it so I have no opinion on how it came across. Somebody might say, anong klaseng apology yan and then others might say, that’s acceptable, that’s okay. It’s hard to say because I haven’t seen or heard it,” Lea admitted.

Just the same, Lea thinks that the sad episode should be a lesson for Shantal to know the people who have been tasked to judge her abilities in that particular contest.

“They’re sitting on those judges’ chairs because they have achieved something in their chosen lines of work. Please don’t be ignorant of who the composers are. Even if you don’t know their work, know their standing in this industry,” she pointed out.

“I think it’s the performers’ responsibility to be aware of who the ‘oldies’ are as well as to try and catch up with who the new ones are as well who have undoubtedly been influenced by the ones who came before them.”

Being a judge and coach herself on The Voice Kids which is now on its fourth season, Lea said this is exactly what they teach the show’s younger artists that they get to work with.

“You have to understand who these [composers] are and what they have done and for how many years they’ve been working and the artists that they have written slash arranged for. Yung mga resume nila, nobela na.”

In a separate interview with PEP.ph, legendary composer Ryan Cayabyab said that while he understands that Shantal made the tweet under “emotional circumstances and doesn’t know the gravitas of Louie Ocampo,” the incident should still be a good lesson for everyone.

“That when you say anything, you have to understand what you’re saying dahil kawawa ka lang kung mali ang sinabi mo. Especially if you really want to make it in this industry, you have to know the people like Louie Ocampo, who is such a big name and with a big repertoire of songs,” Cayabyab pointed out.

Cayabyab wrote the music for the 2019 SEA Games, including the music for its official theme song, “We Win As One,” which Lea performed.

The Philippines will be hosting the 30th Southeast Asian Games from November 30 to December 11, 2019.