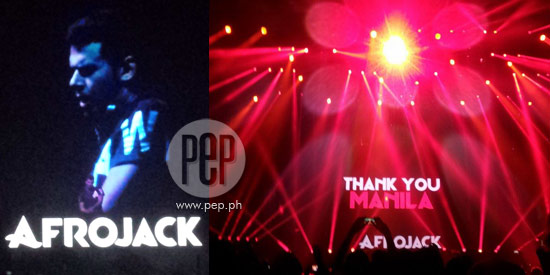 Electronic Dance Music (EDM) fans all over the Philippines were in for a treat as the hottest EDM DJs from all over the world performed in Neverland Manila on October 3 at the SM MOA concert grounds.

Not even the rain could dampen the spirits of the fans, or dreamchasers, as they are called. They were promised a sundown-till-sunrise party by legends Axwell^Ingrosso, Afrojack, StadiumX, Bassjackers, Apster B2B D-Wayne, Ferry Corsten, Shermanology and Sidney Samson, and they did not fail their Pinoy fans.

Hearing their favorite DJs’ music live was a blissful experience for the dreamchasers, but the added elements of laser lights, bursts of confetti, stunning graphic displays, and breathtaking fireworks display catapulted them to fantasyland. 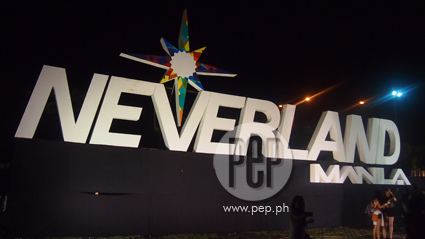 Stadium X took the stage as Neverland’s opening act. They sent the dreamchasers into a dancing spree with their well-known hit “Howl at the Moon.” Bassjackers followed, with their wide range of beats and styles. They had the frenzied crowd dancing and jumping in all directions, hardly stopping for a moment to breathe.

Apster and D-Wayne took control of the crowd after Bassjackers, marking their entrance with streams of blue and yellow sparks.They playfully heated up the crowd, prompting them to “go down and go low.” The dreamchasers responded, jumping up and down afterwards and throwing their hands--and inhibitions--in the air at the first beat. What followed was mind-blowing euphoria in the concert grounds, and ended with champagne sprays, soaking the wild crowd.

The first three acts certainly did a good job in prepping the crowd for a crazy, wild ride by Axwell^Ingrosso (comprised of Axwell and Sebastian Ingrosso).

The two former members of the Swedish House Mafia intoxicated the crowd with “We Come, We Rave, We Love.” Barely an hour into their set and the dreamchasers could barely contain their energy.

One of the highlights of their acts was when they asked the crowd to scream into the microphone and integrated it into “Can’t Hold Us Down.”

The crowd danced and sang along to “I’m On My Way,” “Reload,” their mix of Daft Punk’s “One More Time” and “Save the World Tonight.” Axwell^Ingrosso’s visual treats for their crowd were a mix of psychedelic visuals and gothic images. The fusion of their audio-visual elements transported their fans to a fantasy world for an hour and a half. They ended their set with “Don’t You Worry Child,” and finally with a phenomenal fireworks show.

Afrojack started his set with “Ten Feet Tall”to get his crowd revved up. “If we’re going to party until the sun rises, Manila, then let’s jump!”The crowd certainly did not disappoint, and even gave more than jumps. By 1 AM, the energy in the concert grounds was still very palpable. Many people were pounding their fists in the air, dancing, screaming, and jumping like there was no tomorrow. Afrojack took his fans through a series of chills and highs, playing “Illuminate,” Calvin Harris’ “Summer,”and his skillful mix of "Jump" with "Make It Bounce," Martin Garrix' "Animals" and "Turn Up the Speaker."

Afrojack frequently called out to his fans, “Manila, make some noise!”

In response, Filipinos certainly gave him more than just noise. His set finally ended with red-dominated visuals that said “Thank you Manila” and a fireworks spectacle that bedazzled the crowd. 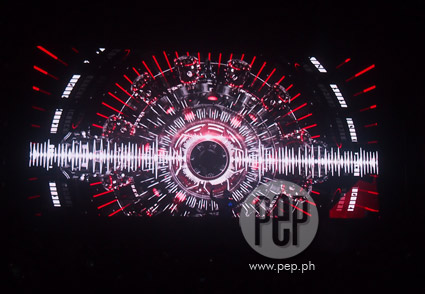 Trance legend Ferry Corsten took over the stage at 3 AM, starting with mellow beats to a crowd that was still reeling over the intense wave of energy from the previous acts. Instrumentals dominated his set but there were some popular hits such as Coldplay’s “Sky Full of Stars” and Capital Cities’ “Safe and Sound.” His “Live Forever” was also part of his Manila repertoire. Corsten’s visuals were composed of geometric patterns, laser lights, and “SigawPilipinas” that flashed on the big screen.

And you guys did!!! Thanks so much #NeverlandManila. Now a 3 hour sleep before we go to Taipei pic.twitter.com/oYpvKGizS6

At 4 AM, Shermanology brought another adrenaline wave. The crowd had so much energy from the sets before, and they were ready to unleash it with the Dutch trio comprised of siblings Andy and Dorothy Sherman and their cousin Leon Sherman. The crowd sang along with their “Blessed” and danced along to more of their insane beats.

Sidney Samson provided the fitting ending for Neverland’s 12-hour party. “If you’re still here, you’re haaaaaardcoooooore!” he screamed to his partyphiles. He played his mix of Gotye’s “Somebody that I Used to Know”and other tracks that kept the dreamchasers alive until sunrise.

Sidney Samson ended the party with a message that left excitement among the fans, “Remember to get ready for Neverland 2015!”


The official Twitter account of Neverland Manila also echoed this sentiment when it posted a photo of fireworks with the following caption: "#NeverlandManila2015 will be BIGGER, BRIGHTER & HAPPIER. And WE WANT YOU to still be part of it!" 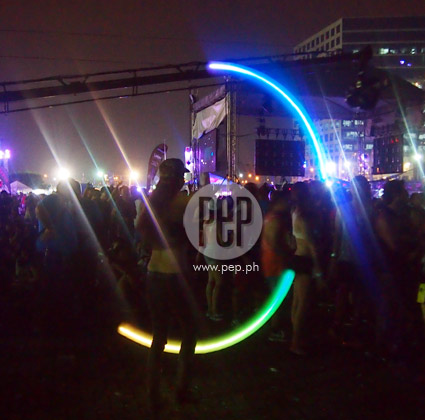 A poi spinner entertained the crowd at the MOA concert grounds