Shawn Mendes to his Filipino fans: "Manila, I adore you!" 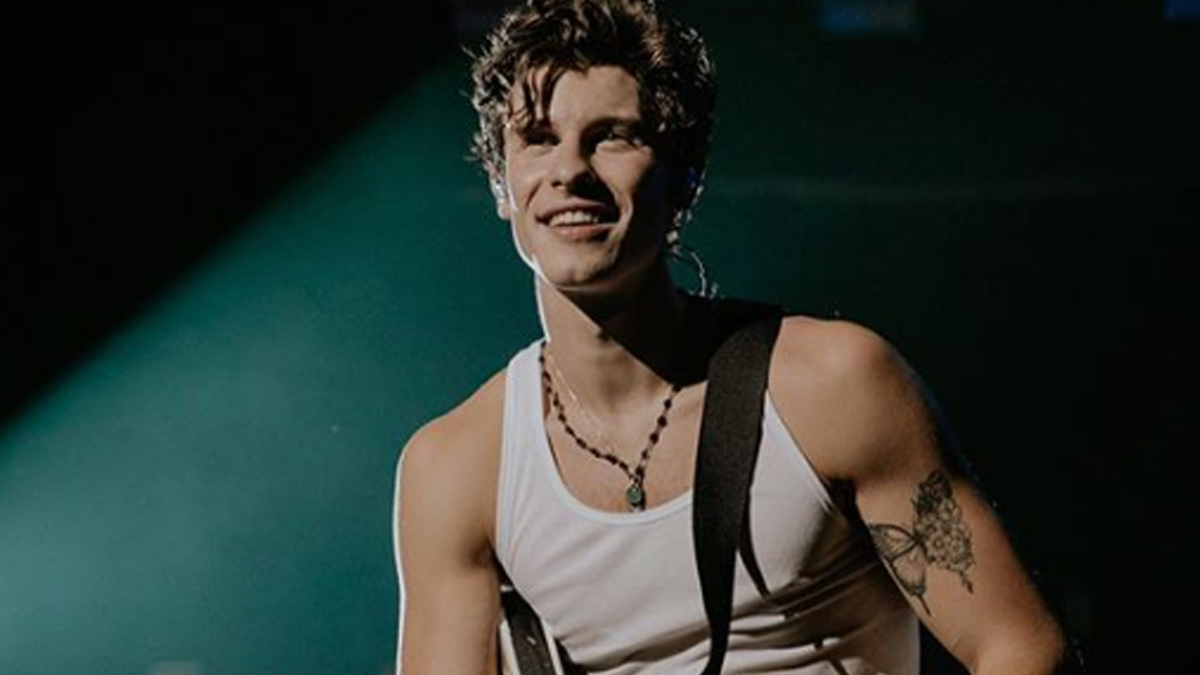 On October 10, Thursday, Canadian pop sensation Shawn Mendes staged his self-titled concert tour at the SM Mall of Asia Arena in Pasay City. This was the second time Shawn performed for his Filipino fans after his first successful arena show in the country last March 2017.
PHOTO/S: @shawnmendes on Instagram / Josiah Van Dien

After two years, Canadian pop sensation Shawn Mendes finally made his way back to the Philippines.

On October 10, Thursday, the 21-year-old singer/songwriter staged his self-titled concert tour at the SM Mall of Asia Arena in Pasay City.

This was the second time Shawn performed for his Filipino fans after his first successful arena show in the country last March 2017.

Thousands of his Filipino fans—including celebrities such as Asia's Next Top Model Cycle 5 grand winner Maureen Wroblewitz and The Voice Philippines Season 2 winner Jason Dy—flocked to the venue to watch him perform live at his second solo concert in the country made possible by MMI Live.

Loud screams filled the venue as he entered the stage wearing a sleeveless denim jacket over a white tank top that showed off his well-toned arms.

Shawn kicked off his concert with a performance of "Lost In Japan," the second single from his self-titled album released in March 2018.

It was immediately followed by "There's Nothing Holdin' Me Back" from his sophomore album Illuminate (2017). This was Shawn's first live performance of the song for his Filipino fans.

"How's everybody feeling out there?" the singer asked before moving on to his next song, "Nervous."

After this, Shawn greeted his Filipino fans and shared some of his realizations while doing the show.

He said, "How are you guys doing out there? I just want to take a second right now just to say thank you to every single person in the room for coming out tonight... Thank you so much."

He went on to say how important the fans were to his show.

"You know what? As I was going through with this show, I was thinking a lot about truly what makes the show great.

"You have the lights, and the cameras, and the music, but I realized that the most incredible parts of my show, the most unbelievable part of my show is you guys.

"So please do not stop singing and sing as loud as you can!"

He then performed one of his earlier hits titled "Stitches."

Shawn toned it down for a bit and headed to his grand piano to perform a medley of his songs including "Señorita," "I Know What You Did Last Summer," and "Mutual."

The first segment of the concert ended with "Bad Reputation" and "Never Be Alone."

Shawn then went to his satellite stage, right in the middle of the venue and just below the gigantic white flower installation.

He started the second segment of the show performing the chorus of Whitney Houston's "I Wanna Dance With Somebody (Who Loves Me)" on the piano.

After a few lines, Shawn asked the audience, "I wanna know how many people out there right now who have been listening to my music since Handwritten."

The concert-goers roared in response, telling Shawn just how many of them had been following his career from the beginning.

The singer then introduced his next performance and said, "So basically... what I've done is I'll play this little medley on the piano.

"I have one song off of each of my albums. If you know the words, sing with me."

Shawn treated his fans to another medley of songs including "Because I Had You," "A Little Too Much," "Patience," "When You're Ready," and "Life of the Party."

Pink lights—from the LED wristbands given before the show started—filled the venue during his performance of the song "Like To Be You."

Shawn ended the second part of the concert with his performance of "Ruin."

He then went back to the main stage for the last part of the concert, where he performed most of his chart-topping hits.

The singer continued the show with his 2016 chart-topping hit "Treat You Better." It was followed by performances of "Particular Taste," "Where Were You in the Morning?," and "Fallin' All in You."

Midway through his performance of the song "Youth," Shawn left a message for his Filipino fans to ponder on.

He told the audience, "Manila, I want you to know that when I say the word 'youth,' I'm not talking about a word that describes how old or how young you are.

"I want to take a moment right now to say that every single person in this room right now, every single one of you, you are the people that have the power to change the world for the better.

"Do you understand what I'm talking about Manila?

"It is up to us to stand our ground and to say that no matter what happens, our youth will never be taken away from us."

Fans continued singing along to his last few performances including "If I Can't Have You," "Why," and "Mercy."

He also did a cover of "Fix You," one of his favorite songs by British rock band Coldplay.

Shawn ended the concert with the massive hit "In My Blood," the lead single from his eponymous third studio album. "In My Blood" was nominated for Song of the Year at the 61st Annual Grammy Awards held last February 2019.

After the concert, Shawn showed his appreciation to his Filipino fans by uploading photos from his Manila concert on Instagram.