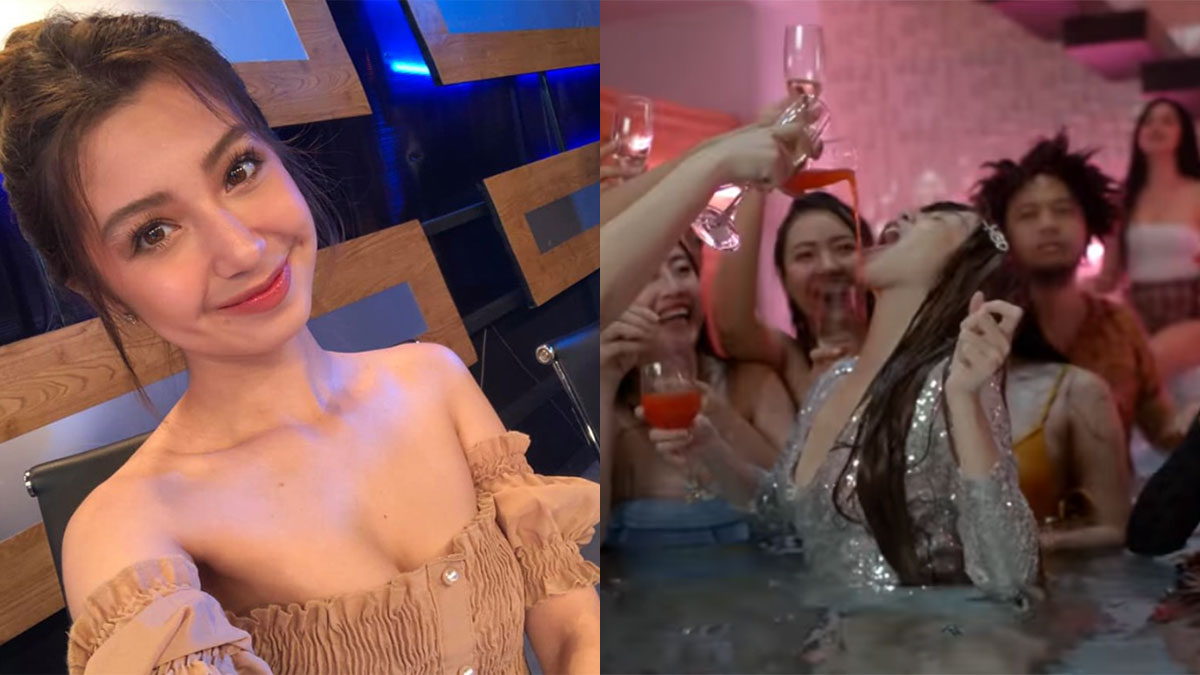 Donnalyn Bartolome responds to those claiming that her song "HBD" is a rip-off of K-pop singer Somi's "Birthday." Donnalyn wrote on her Facebook post, "I was so hurt cause the one song/project I worked on for years was accused as a stolen material."
PHOTO/S: Facebook page of Donnalyn Bartolome

Singer Donnalyn Bartolome defended herself after she was accused of plagiarizing a K-pop song.

According to her Facebook post on that same day, Donnalyn said that some people accused her of plagiarizing the K-Pop song "Birthday," the debut solo single performed by Korean-Canadian singer Somi.

Donnalyn pointed out that her song, "HBD," was released by VIVA Records in October 2018.

The Pinoy singer also posted screenshots pertaining to the date when "HBD" was released.

In another Facebook post, Donnalyn admitted that she felt hurt when fellow Filipinos accused her of copying music from another country.

Donnalyn reiterated that "HBD" is an "ORIGINAL PINOY MUSIC," and how she and her producer came up with the song.

The 25-year-old singer wrote (published as is), "I have been accused of plagiarism and I am hurt. My fellow Filipinos are accusing me of it and I will correct them. This is about my song “HBD” and Kpop song “BIRTHDAY”

"I know I spent long hours in the studio with my producer Andales specifically instructing what and where to add the elements to my song HBD. CUSTOMIZED. This is ORIGINAL PINOY MUSIC. But I understood why people thought I plagiarized even though I published my song 2018. It’s because the music video of HBD is 1 year late.

"For 1 day I was so hurt cause the one song/project I worked on for years was accused as a stolen material. So hurt that I didn’t realize I was unintentionally dragging someone’s name just to prove my point. I’ve also told people to leave Somi alone so many times.

"When you’re hurt and mad you’re not calm. But I am now. I just want to rest from all the hardwork I’ve put in this project.

"I honestly was flattered with the kind comments saying that it’s comparable to that song, but when many commented plagiarizing— that I even have a chance to get sued and others implied that it’s a copy of the song, I lost it.

"I don’t want to be accused of using this to promote my song and for its success to be disregarded because of it so I want to to put an end to this hence the edit.

"Thank you for supporting your own."

On October 12, Donnalyn posted again on Facebook, showing screenshots of comments in her music video where people are saying that her song sounds like Somi's "Birthday."

She also posted a comment from Somi's music video, saying that she is overreacting because there was only one comment accusing her of plagiarizing.

Donnalyn pointed out that the other comments accusing her of copying Somi's song were already deleted.

Donnalyn wrote (published as is), "Grabe. Pinakaworse na sinend saakin ito. Pinoys are attacking Somi’s MV in the comment section so Somi’s fans are protecting her— pushing the comments down by flood commenting which is sweet btw BUT

"Isang pinoy commented on his Kpop idol Somi’s music video saying I’m sensitive because it was only one comment who said I plagiarized her song, not knowing It was multiple comments before pako magreact and others just deleted their comments before their comments can be screenshotted after ko magprovide ng screenshots na nauna pa ang “HBD” song ko in 2018 under Viva Records before Somi’s “Birthday” song late 2019 under YG or black label. SO IT’S IMPOSSIBLE FOR ME TO PLAGIARIZE. They know their comments about me stealing the song from YG or that I can be sued for copyright infringement will backfire now that I provided receipts that my song came out first.

"OPM did not steal from KPOP so please STOP.

"Let OPM fans enjoy HBD because this is ours.