Neocolours frontman on recording industry back then: "It was still financially rewarding for everyone involved" 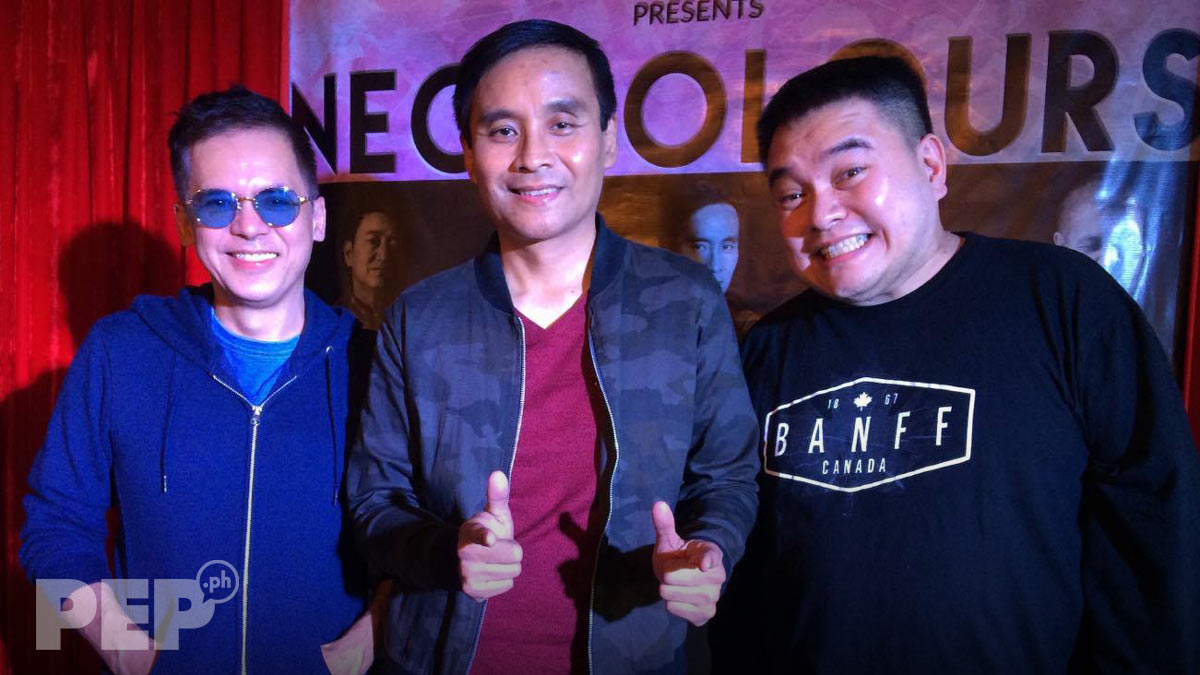 Even though they originally disbanded way back in 1994, the Neocoulours have somehow remained relevant in subsequent years that they have reunited on several occasions since 1999.

One only needs to visit YouTube, the video-sharing site founded in 2005, to see how the musical legacy of this hitmaking band has endured through time. There’s a fan-made lyric video of their 1990 hit, “Tuloy Pa Rin” that has generated over 62 million views to date since it was uploaded in 2010.

At Spotify, Neocolours is currently averaging nearly 270,000 listeners every month, mainly on the strength of their past hits, “Tuloy Pa Rin,” “Say You’ll Never Go,” “Maybe,” “Hold On” and their “latest,” “Kasalanan Ba” first recorded back in 1999.

This probably explains why members of the band, who have since charted their own successful individual careers, continue to heed the clamor of fans for that occasional reunion concert.

Neocolours lead singer Ito Rapadas says that what makes this particular reunion show a little different from their previous concerts is the band’s lineup which also features bassist Paku Herrera, second keyboardist Marvin Querido, and original guitarist Josel Jimenez who will be flying in from Davao to rejoin his old pals.

Due to other commitments, not joining the band in this particular concert are guitarist Jack Rufo and drummer Niño Regalado. Also performing as special guests are Jett Pangan, Jamie Rivera, and Nicole Asensio.

During the concert’s recent press conference at JKAS Place, Rapadas, Antiporda and Querido fondly recalled the band’s creative process during their early years.

“I remember it took us two years to finish our first album. Jun Regalado, our producer and manager then told us that it’s important for us to craft our songs well or we will regret it in our later years. So we worked very hard to write, arrange and polish our songs in the studio and we often went home around 8 in the morning when the sun is already up,” Antiporda narrated.

“It was a lot of hard work but that was also what brought us closer as we would also take our breaks to play billiards at a nearby place. Those are good memories.”

Antiporda, who wrote most of the band’s biggest hits and also authored hits for other artists like the late Francis Magalona, Lilet, and Jamie Rivera who he was once romantically linked with, admitted that being young, inspiration was not hard to come by.

“Those were the days when we were falling in love, talked a lot on the phone, Marvin here was always telebabad. And since we’re still single, we can afford to stay up late and take our time to finish the album."

For their part, Rapadas and Querido noted that it was also very important for them to do a perfect recording as there was no “undo button” nor auto tune technology to correct the mistakes they do now.

“We had long sessions in the studio we had to do the recordings all over again if we did not get the right take. It it’s an almost perfect take, we have to decide whether we’re okay with it or we still need to record again,” explained Querido, an accomplished arranger who has worked with the likes of Ogie Alcasid, Side A and Gloc-9, among many others.

Rapadas, a label executive who has produced numerous OPM recordings for Universal Records added that during his years with Neocolours, “we have to do a song right if we wanted it to sound right.”

“It’s still very refreshing to listen to the kind of music that was made without an undo button,” Rapadas quipped.

Asked then if it was more inspiring to be part of the OPM scene then, Querido said it certainly felt more like an industry or an “assembly line” back then.

“During the time of the physical format, meaning CDs and cassettes, it was still financially rewarding for everyone involved, whether you’re an artist, composer, arranger, vocal coach and record engineer. I don’t think that’s still the case during the age of streaming and the absence of the physical. That’s the price we pay for technology,” Querido lamented.

Rapadas agrees but also thinks that the changing times has also made it easier for aspring artists to get their music out there.

“Back then, the record labels and radio stations control the ‘assembly line.’ Now while the cash stream from the streaming services is not as financially rewarding across the board as during the time of CDs, it’s a lot easier for young musicians to release their music independently and many are doing it for the passion, for the music and not for the money. And that’s why I think OPM is more alive than ever,” the Neocolours frontman concluded.