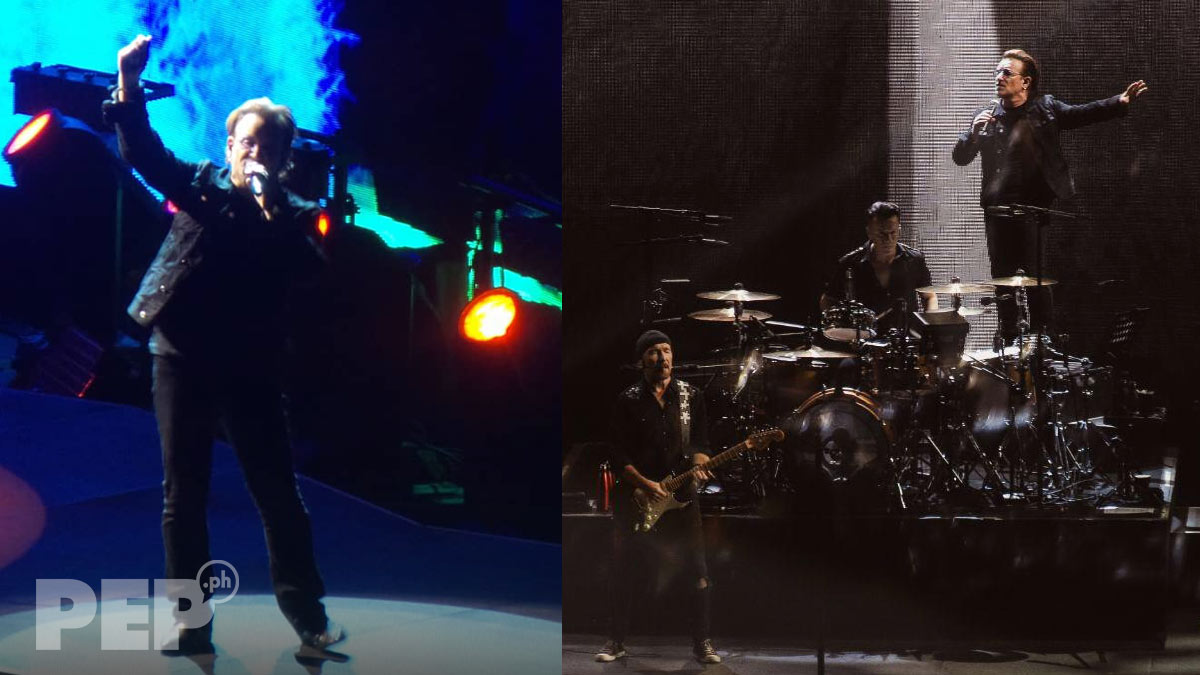 A packed and thrilled Philippine Arena witnessed Bono and the other members of U2 as they delivered a two-hour live concert experience to remember.

“Thank you for your patience. It took us four decades to get here but we feel so welcomed,” said the U2 lead singer during the December 11, 2019 concert at the Philippine Arena in Bulacan.

The Joshua Tree Tour concert, made possible by Smart and MMI Live, was a grand stage for Bono’s positivity-fueled spiels that often pumped up the crowd.

“It has been a long road for us. But it doesn’t matter how long it takes as long as we get it in the end,” he added.

The charismatic frontman praised the Philippines for its “exciting and kinetic energy.”

The quartet began their set with hits “Sunday Bloody Sunday,” “New Year’s Day” and “Pride (In the Name of Love).”

“Anything can and will happen,” quipped Bono in what he said was the band’s 2,050th gig.

Once the group started playing songs included in the landmark album Joshua Tree, stirring and colorful images appeared on the wide screen behind them to complement what they were playing.

Some of the big hits came early in the repertoire including “Still Haven’t Found What I’m Looking For,” and their signature hit “With Or Without You.”

At one point, Bono engaged his bandmates—The Edge, Adam Clayton, and Larry Mulllen Jr.—to say something and most of them offered quick, witty remarks.

Bono was relatively serious and inspiring throughout the night. He acknowledged journalists for keeping the Philippines “spiritually safe.”

Bono also told the crowd that they like the Filipinos in Ireland.

The Irish band’s much-awaited show was an epic experience, with Bono delivering strong statements along with melodic rock-flavored anthemic music.

Bono greeted the crowd with the Tagalog word “Mabuhay” and asked them to “sing your heart out.” He uttered “salamat” near the end.

The U2 concert happened on the same night the Philippine-hosted SEA Games held its closing ceremonies and heavy traffic was expected. The show started late and Bono somehow apologized that “it took a while for everyone to get in.”

Before playing “Desire,” Bono stated, “Thank you for listening to the Joshua Tree. This is what happened next.”

The encore was a rousing stretch of singalongs and head grooves powered by arena tracks “Elevation” and “Vertigo.”

Bono was heard saying, "For Maria Ressa," before performing the song, "Ultra Violet (Light My Way)."

Images of heroines around the world were then shown on the big screen, including Filipino women.

One of them is Maria Ressa, a Filipino journalist who was among Time magazine's most influential people of 2019.

The other Pinays featured were Melchora Aquino, hailed as the mother of the Philippine Revolution; Cory Aquino, former Philippine president; and Lea Salonga, internationally renowned singer-thespian.

“Thank you for your thousand islands. We should have been here every year,” Bono ended, as the whole band exited around 11:40 pm Wednesday night with a digitally incorporated Philippine flag as backdrop. 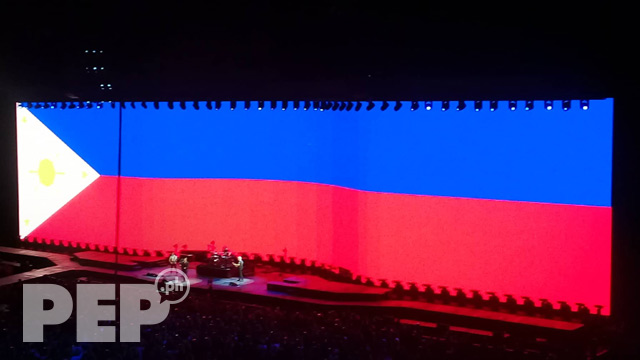 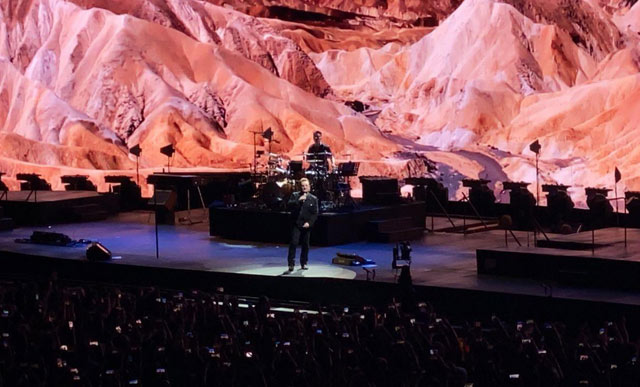