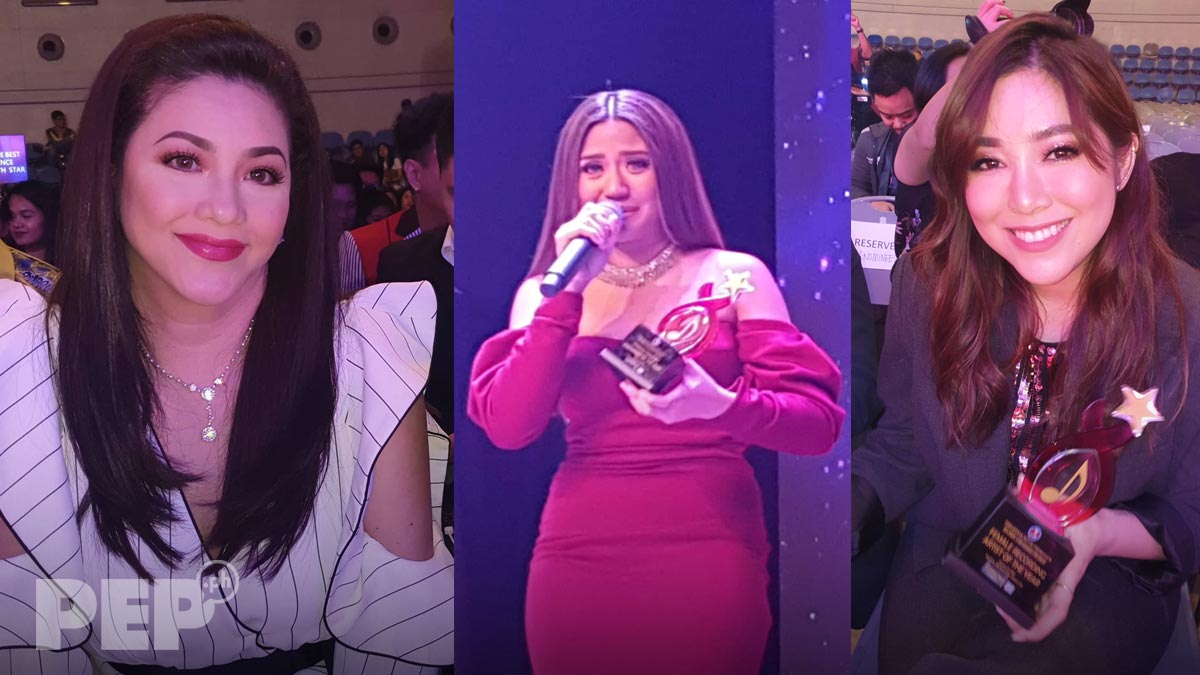 The winners of the 11th Star Awards for Music were honored by the Philippine Movie Press Club (PMPC) during its awarding ceremony held last night, January 23, 2020.

The star-studded event was held at the SM North Skydome in Quezon City.

Regine Velasquez cried as she gave her acceptance speech for being the recipient of the Pilita Corrales Lifetime Achievement Award.

It will be recalled that Regine received the Lifetime Achievement Award during the MOR Pinoy Music Awards held in July 2019.

Morissette Amon personally accepted her award for the Female Concert of the Year category.

"Salamat sa PMPC for this award," she said. "The first award that I received was from PMPC as the New Female Artist of the Year.

Here are the winners of the 11th Star Awards for Music 2020:

Album of the Year: Queen Of Soul (Jaya)

Song of the Year: Buwan by JK Labajo

Pop Album of the Year: Until I See You Again by Alden Richards (GMA Records)

New Female Recording Artist of the Year (TIE): Via Ortega and Jayda Avanzado

Dance Recording of the Year: Chambe Chambe by Alex Gonzaga

Music Video of the Year: This World For Us All by Aekaye

New Group Artist of the Year: This Band

Best Folk/Country Recording of the Year: Start All Over Again by John Rendez

Acoustic Artist of the Year: Juris (Say That You Love Me)

R&B Album of the Year: Queen of Soul by Jaya (Star Music)

Female Star of the Night: Jaya

Frontrow Male and Female Star of the Night: Ogie Alcasid and Regine Velasquez

Morissette Amon personally accepted her award for the Female Concert of the Year category during the 11th #StarAwardsForMusic 2020.

Jed Madela (in photo) tied with Christian Bautista for the Male Recording Artist of the Year award at the 11th #StarAwardsForMusic 2020.

Regine Velasquez cried as she accepted the Pilita Corrales Lifetime Achievement Award at the 11th #StarAwardsForMusic 2020.