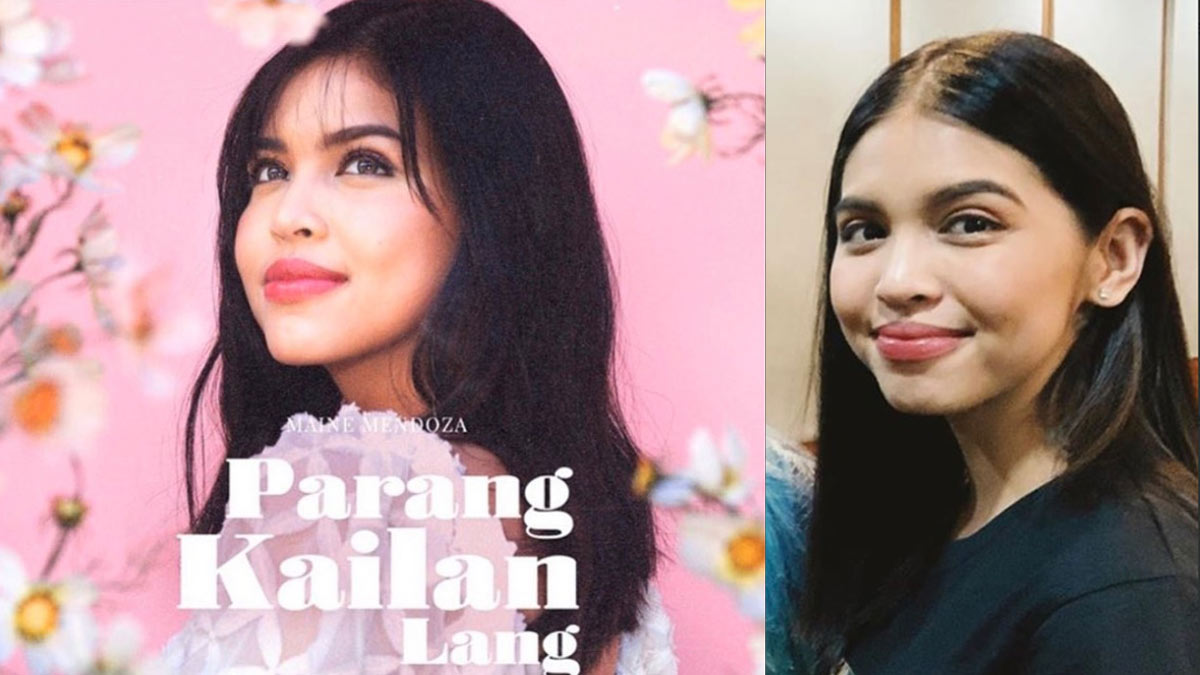 After five years in the entertainment industry, Maine Mendoza marks another milestone in her career.

"Masaya, kasi this is something new for them," said Maine about her new single in an interview with MYX recently. "Para siyang breakup song without closure. It's about a girl who recalls her past with her special someone and, unfortunately, hindi nag-work out.

"Pero I didn't write the song. Collab[oration] ito ng Gracenote and me. Eunice [Jorge] of Gracenote wrote the song."

MYX is a music cable channel under Creative Programs Inc., a subsidiary of ABS-CBN.

When asked to cite her favorite moment in her five years in showbiz, the GMA-7 talent said with a smile:

The TVhost/actress continued: "I got to know myself more, I got to meet new people, I got to try different things, things that I never thought I would be able to try, so achievement yun for me."

Maine's latest acting stint was the 2019 Black Sheep movie Isa Pa With Feelings, where she was paired with Kapamilya actor Carlo Aquino. Black Sheep is a subsidiary of ABS-CBN Films and a sister company of Star Cinema.