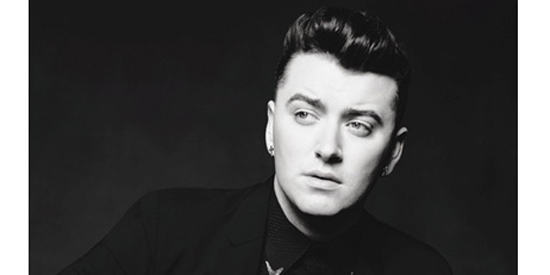 Sam Smith will perform at the MOA Arena on May 10, 2015. The British singer-songwriter earned six nominations in the 2015 Grammy Awards.

The British are coming! Manila braces for a British Invasion in 2015 with no less than than five top-UK acts headed to the SM MOA Arena.

Global supergroup, One Direction crowns the exciting calendar, with Ed Sheeran, The 1975, The Vamps, and now, Sam Smith, rounding out what promises to be a royal year in the Manila concert scene.

Music Management Inc. (MMI) has announced the following phenomenal acts for the first half 2015:

Kick off the new year with The 1975. The Manchester four-piece—acclaimed as "Britain's Biggest New Band"—returns to the Philippines on January 24 at SM MOA Arena. Tickets are quickly selling out so don’t miss your chance to see this British Wave's opening salvo.

On February 1, British teenage foursome The Vamps perform their hit singles, “Can We Dance,” “Wild Heart”, “Last Night” and “Oh Cecilia! (You’re Breaking My Heart) in promotion of their debut record Meet The Vamps.

Next up, the eagerly anticipated concert of British singer/songwriter Ed Sheeran, with his hits “Thinking out Loud,” “The A Team,” “Don’t,” and many more, scheduled for March 12, 2015.

One Direction stages its first shows in the Philippines on March 21 and 22. The group's global tour, On The Road Again 2015, takes over the SM Concert Grounds, featuring songs from the British boy band's four chart-topping albums, including “Kiss You”, “Steal My Girl”, and the latest single “Night Changes” from their new album, Four.

English singer-songwriter Sam Smith is the latest addition to the British Invasion MNL stellar line-up that will take place in 2015.

Sam Smith is set to take over the SM MOA ARENA stage on May 10, 2015 with his monumental achievement, "Stay with Me" from the album In the Lonely Hour with other multi-platinum success "Lay Me Down", "Money on My Mind", and "I'm Not the Only One".

Tickets to the concert will be available on December 16, 2014.