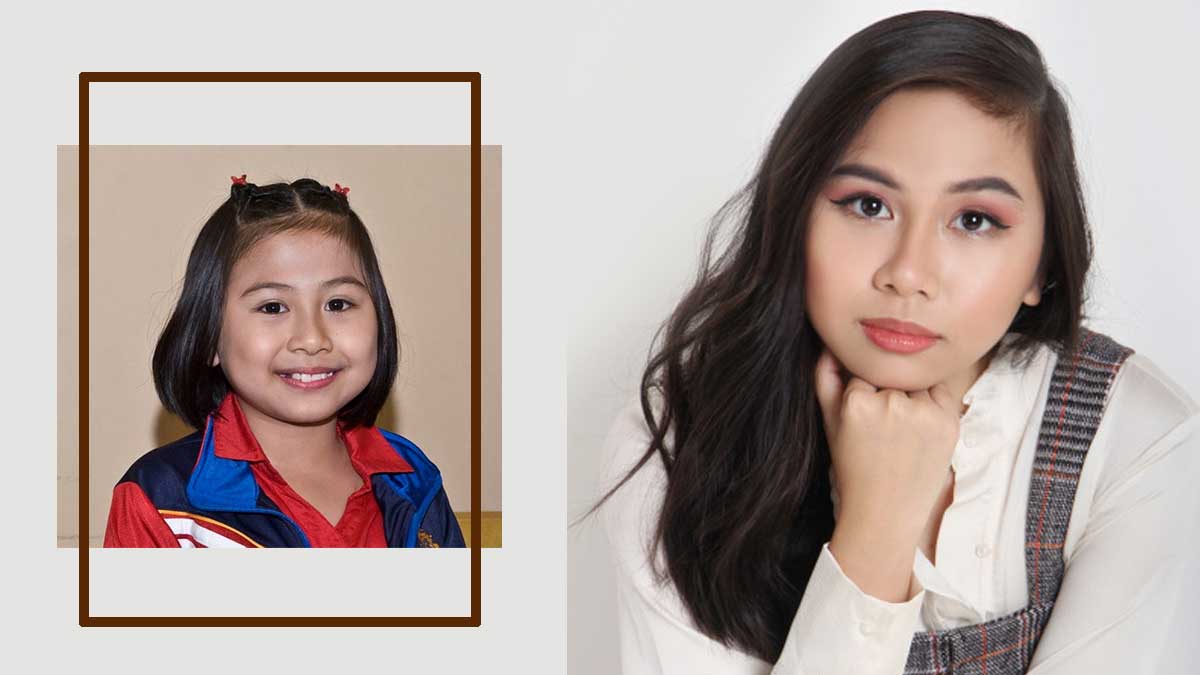 Cha-Cha Canete has come a long way since her Goin' Bulilit days. At 16, she's literally singing a different tune as she carves her niche in the music biz.
PHOTO/S: PR (main), File (inset)

Cha-Cha Cañete burst into public consciousness when she was just a tiny, adorable tot, and every bit a precocious child.

She was a cherubic four-year-old girl in a real-estate TV commercial driving home the point that one does not have to endure small spaces when there are bigger homes that can be had without breaking the bank.

Cha-Cha became a mainstay in the defunct children’s show Goin’ Bulilit and seen in some films and TV shows. She did other commercials, too.

Although times have changed and fans grew up, one thing has remained in the now teenagar Cha-Cha—her love for singing.

The girl who used to line up her teddy bears when performing, who repeated her songs when family members gave her standing ovation in the middle of her performance, now sings of love in her new single titled "Agwat."

The Jungee Marcelo composition with its theme of love found and lost may be too soon for Cha-Cha, who is just coming of age at 16 and perhaps may just be discovering romance.

But age factor aside, Marcelo recognizes that Cha-Cha has all the makings of a good singer.

He likens her to a “well-bred race horse.” She knows she has power, but she keeps it under control.

She doesn’t just sing with wild abandon, as some artists her age do.

She uses her head, mindful to rein in her voice when needed, and comes out more powerful in the process.

This new image of Cha-Cha may take some getting used to for those who will always remember her as a brightly smiling little girl in Going Bulilit.

She is aware, “That image is forever etched in their memory,” acknowledging she may have to work harder to prove herself as a serious singer.

She says, “It wasn’t difficult to transition from being in Bulilit to a recording artist.

“When I was a child performer, I was happy to bring smiles to people who saw or watched me. There was love and support.

"As I am now in my teens, people still remember that child and I am still receiving the positive vibes despite having been away for years.

"I am part of their good memories, I guess.”

A senior high schooler at the University of Sto. Tomas), Cha-cha is all gung-ho about her future as a singer.

With her supportive family backing her up, Cha-Cha has been honing her singing at home when she stepped away from the spotlight during the period 2014 to 2017.

Mom and dad bought Cha-Cha a good microphone, so she can hear herself better while rendering her favorite hugot songs.

Cha-Cha herself kept exercising her vocal cords even in the shower.

And like a typical teen, she follows K-pop icon BTS and sways to their upbeat songs. She’s even into BTS meals.

TikTok songs and Olivia Rodrigo tunes are also on her playlist.

And just as well, Cha-Cha enjoys performing the soaring Broadway numbers and Lea Salonga songs she grew up with.

These influences made her shine as a two-time silver medalist in the 2013 World Championships of Performing Arts (WCOPA) contest.

So which one is Cha-Cha the singer: the pop performer with songs everyone can hum along to or the serious one who experiments with sounds and lyrics?

Turns out she’s the latter.

She says, “I want to experiment with different singing styles so I can widen my range. I aim to be versatile.”

With so many expecting her songs to be bubbly and young coming from teenager, Cha-Cha adds that she wants to be “relatable.”

She explains, “I can be more mature [as a singer], but I don’t want to hurry. I want to enjoy what I have now.

"I want to be known as someone doing good music with nice messages. I want to be laidback, not super stressed, because this affects our mental health.”

Cha-Cha is the picture of a young woman on the threshold of maturity while enjoying fully the joys of teenage life.

Her maturity comes to the fore when Cha-Cha thinks of her young fans, “I have lots of young supporters, some below 12 years old. I have to consider them.

"I can’t sing about something that harms them. I have to be a role model to younger kids."

The teenager surfaces when Cha-Cha expresses her wish to be a chill person and singer, and to fulfill her other dream: that of becoming a songwriter.

One thing going for Cha-Cha: she thinks before she speaks, and internalizes before she opens her mouth to sing.

Laudable traits that are certain to serve her well when she steps into an even bigger stage: adulthood.