Third MYX Music awards to be held on March 26 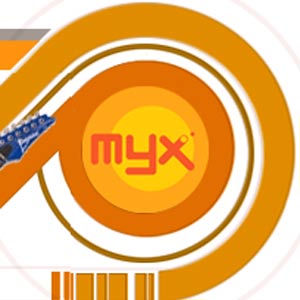 The nominees for the third edition of the MYX Music Awards were selected from all the music videos aired on the music channel from January 1, 2007, to December 31, 2007.

Now on its third year, the MYX Music Awards will be presented at the Meralco Theater on Wednesday, March 26. MYX, the music channel of ABS-CBN, assembles an impressive roster of performers and presenters for a night of the best music that the industry can offer.

Garnering the most nominations in the 2008 MYX Music Awards are rock groups Bamboo and Chicosci with 5 nods each. They are closely followed by pop princess Sarah Geronimo, rapper Gloc 9, and last year's biggest winner Sponge Cola who all received 4 nominations. In the second edition of the MMA, Sponge Cola received four awards: Favorite Artist, Favorite Group Award, Favorite Rock Video, and Favorite Song for their composition "Bitiw."

Expect MYX to make rounds in various malls where fans and OPM artists can cast their votes. Artists' votes will account for 40% of the overall tally while the remaining 60% will come from viewers' votes.

The voting period is from February 7 to March 10. Just tune in to MYX 24/7 on Skycable Channel 23 for the latest update on the MYX Music Awards.

Favorite Rock Video: Tatsulok by Bamboo; Vampire Social Club by Chicosci; Seksi Seksi by Kamikazee; Will You Ever Learn by Typecast; and Guillotine by Urbandub

Favorite Mellow Video: Is It Over by Jaya MMA; Love Will Lead You Back by Kyla; Only Reminds Me Of You by M.Y.M.P.; Alam ng Ating Mga Puso by Rachelle Ann Go; and Catch Me I'm Fallin' by Toni Gonzaga

Favorite Urban Video: Summertime by 7 Shots of Wisdom; Back into You by Amber Davis; Ikaw (Humanap Ka ng Pangit Part 2) by Andrew E; Like That by Billy Crawford; Lando by Gloc9 & Francis M

Favorite Remake: Tatsulok by Bamboo; Mahirap Magmahal ng Syota ng Iba by Hilera; Is It Over by Jaya; Love Will Lead You Back by Kyla; and Ale by The Bloomfields

Favorite International Video: Girlfriend by Avril Lavigne; Teenagers by My Chemical Romance; Your Guardian Angel by The Red Jumpsuit Apparatus; Umbrella by Rihanna; and Jenny by The Click Five

Favorite Guest Appearance in a Video: Alfred Vargas in All This Time by Rufa Mae Quinto; Bella Flores in Dear Kuya by Sugarfree; Jake Cuenca and Roxanne Guinoo in Haplos by Shamrock; Kaye Abad in Director's Cut by Kamikazee; and Kim Chiu and Gerald Anderson in Love Team by Itchyworms

Winners are determined by the public voting through SMS.