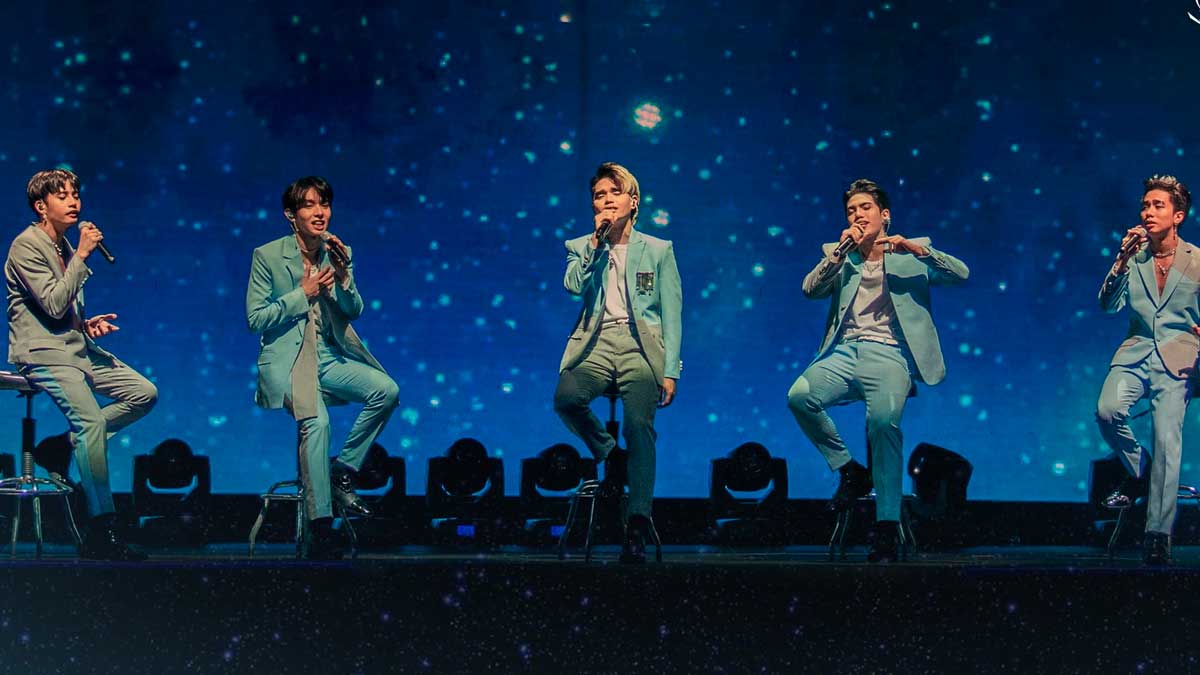 SB19 is a five-member group composed of Pablo, Stell, Justin, Ken, and Josh.

Billboard's Hot Trending Songs Chart, which was launched in late October 2021, is based on the real-time ranking of the most discussed songs on Twitter globally.

According to a Billboard.com report on Wednesday, January 19, 2022, the group's single received 4.2 million Twitter mentions in the January 7 to January 14, 2022 tracking week.

SB19's "Bazinga" is now tied with global pop group BTS's 2021 hit song "Butter" for having spent the most number of weeks at the number one spot of the said chart.

The Pinoy pop group expressed their gratitude to their fans, A'TIN, on Twitter after Billboard's announcement and invited more fans to support their latest single.

Their tweet read: "HATE NIYO'Y GASOLINAAA, YEAH [Fire emoji] 'Bazinga' is officially tied at having the longest streak at No. 1 on the @billboard #HotTrendingSongs! Thank you for everything A'TIN! [Blue heart emoji] Let's keep streaming #Bazinga_SB19!"

Justin, the group's youngest member, was also speechless after seeing the support of their fans, and was only able to tweet "dfsdferwerwgfdrhdfer."

SB19 gained worldwide popularity and made history for being the first Filipino act to debut on the Billboard Social 50, a weekly "ranking of the most active artists on the world's leading social networking sites."

The group placed sixth on Billboard Top 50 Social Artists of 2020.

In April 2021, SB19 became the first OPM act and Southeast Asian group to be nominated in the prestigious Billboard Music Awards.

On December 30, 2021, the group unveiled their music video for the song "SLMT." They also recently launched their new merch for their 2021 album Pagsibol.