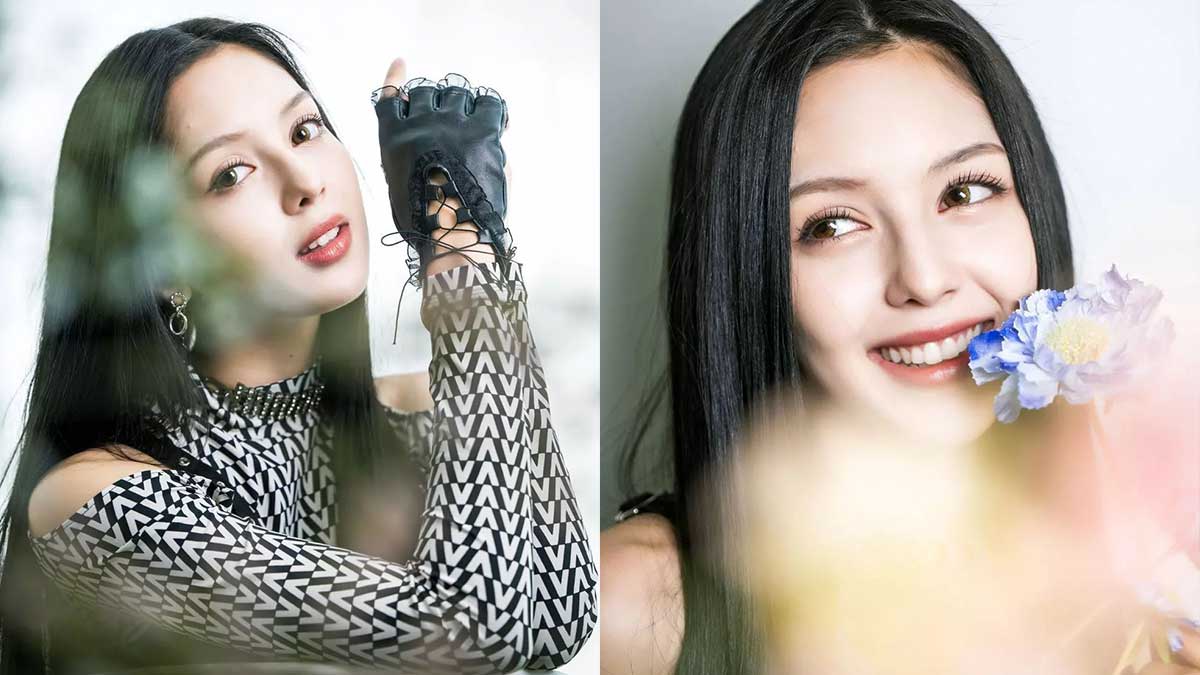 Lapillus member Chantal Videla on how she learned to speak Korean in less than a year: "I started to officially learn the language when I came here. It was probably since August-September last [year]. I had Korean lessons every day. Even up to this day, I have lessons."
PHOTO/S: @officiallapillus on Instagram

Chantal, who now goes by the name Chanty, made her debut in the K-Pop scene as a member of MLD Entertainment's new girl group called Lapillus.

MLD Entertainment is the same agency that formed MOMOLAND.

Aside from Chanty, the other members of the group include Shana, Yue, Bessie, Seowon, and Haeun. Their debut single "HIT YA!" was released on Monday, June 20, 2022.

Prior to Lapillus' official debut, members of the local press met with the group in an interview via Zoom, where Chanty shared her K-Pop journey.

The 19-year-old actress-turned-performer revealed that it was her fellow Star Magic talents Belle Mariano and Charlie Dizon who introduced her to K-Pop.

Chanty recalled, "As I said, I was with my Star Magic family throughout my training years there. I have a couple of friends and they were, like, really big fans of K-Pop. And that's where I was introduced with K-Pop as well as K-Dramas.

"Because of them, I was introduced to K-Pop!"

"So yeah, they were, like, one of the first groups that called my attention and that's where it kinda like... I was fascinated with their performance, their stages, and all that.

"And that's where, like, I had this wild dream of becoming a K-Pop idol."

FROM STAR MAGIC TO MLD

The Familia Blondina actress revealed that it was a friend of her Argentinian dad who paved the way for them to meet Lee Hyung Jin, the CEO of MLD Entertainment.

She recalled, "Because of the pandemic, I had to go back to Argentina and all that... But before that... My dad had this Korean friend and that Korean friend had connections with MLD Entertainment.

"And like, there was a time our CEO was looking for, like, possible Filipina member for his future Korean girl group. And my dad's Korean friends was like, 'Oh, what about this girl?' And stuff like that.

"And that where the chain reaction [started]. We met the CEO, we had a meeting and then, he just wanted me to start the training at first.

"And that's where it started po. And that's when they found out that, 'Oh, she's actually an actress in the Philippines. She's working under Star Magic.' And stuff like that and that's how it happened po."

Unlike most K-Pop trainees, Chanty only had less than a year to train and prepare for her debut.

In fact, it has only been around 10 months since she started training under MLD Entertainment.

But even in that short span of time, Chantal was already able to learn the Korean language and speak it fluently.

She told the press, "I started to officially learn the language when I came here. It was probably since August-September last [year]. I had Korean lessons every day. Even up to this day, I have lessons."

"It was really difficult because I had no idea what they were saying, but thankfully, because of Korean dramas, I could kind of like, 'Oh, jinjja?' 'Oh, I know that! It's jinjja! [Like], Oh, really?'

"Little by little, I got to get the hang of it and with the help of the members, I learned Korean really fast po."

Aside from their long training hours and learning a new language, one of the most challenging things Chanty experienced as a trainee is to live independently, away from her family and loved ones.

The Star Magic talent explained, "One of the most difficult things for us, not just the practice, of course, but also our lifestyle.

"But because we work together, we were able to go through it. And now, we're just used to it."

Fortunately, Chanty said her training with Star Magic also helped her go through all the challenges she experienced leading up to her K-Pop debut.

"I learned lots of things with Star Magic and I'm so grateful for it, for every experience that I had there. But one of like, the things [or] the highlights of what I learned the most is acting, of course, and being spontaneous.

"And so, being able to have the knowledge and bringing it here has been really, really helpful for me. And yeah, that's what helped me a lot in training and everything."