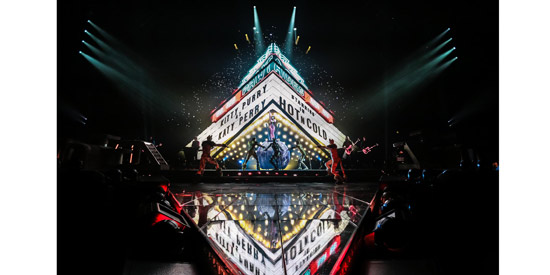 Tickets for Katy Perry: The Prismatic World Tour on May 7 are available in stores and online at SM Tickets. (To purchase Katy Perry concert tickets via TicketWorld,

There has been a stream of international acts coming to the Philippines for their concert tours. Since many well-known performers are eyeing the country for their next destination, a new and gigantic concert venue will become their second home – opening up more possibilities for amazing stage design and accommodating more Filipino fans.

All roads will lead to the state-of-the-art Philippine Arena for the upcoming Best of Best in the Philippines KPOP concert on April 12 and Katy Perry The Prismatic World Tour on May 7, 2015.

Spanning two towns in Bulacan, the Philippine Arena sits on the Ciudad de Victoria, a sprawling 75-hectare complex built by the Iglesia Ni Cristo. With a total lot area of 74,000 sq.m, and more than 50,000 seats, the massive venue was even featured by the Discovery Channel in 2013, citing it as not only the biggest in the Philippines, but also the world. Aside from the 50,000 plus seats, it can also accommodate another 50,000 at the live plaza for an outdoor event. It has 20,000 more seats than the second largest coliseum, the Gwangmyeong Velodrome in South Korea, which has a 30,000 seating capacity. Safety is also not an issue as it is built to withstand potential natural disasters.

Fans can catch a good glimpse of their favorite KPOP stars as well as Katy Perry during their concerts as the seating layout allows for an ideal line of view. The layout is different from a standard arena where the stage is located in the center and surrounded by seats. The Philippine Arena follows the Greek amphitheater format, made in a semi-circle with seats flanking the sides and front of the stage. Fans will also surely enjoy buying concert goods and gathering in the spacious outdoor plazas and taking in the fresh air in the gardens.

For more convenience, round-trip shuttle services for both shows are available for everyone to and from the venue via TicketWorld and SM Tickets for only P50 – so you can comfortably go to and from the concert venue while interacting with other fans. Pickup locations are at the following: Alabang Town Center (in front of Krispy Kreme and Jamba Juice) (2:30-3:30 PM); InterContinental Manila Open Carpark in Makati (2:30-3:00 PM); and TriNoma in front of Landmark Department Store (3:00-5:00 PM). Only concert ticket holders are allowed to purchase the shuttle tickets. Present your concert ticket over the counter or your order number if you’re buying online. It is a must to arrive at least 15 minutes before your designated departure time. So make sure to be on time and don’t forget to get your tickets now – so you will not miss any epic concert moments!

Accessibility is also one of the good qualities that make this an ideal venue. Here’s a list of directions for driving visitors:

Tickets for Katy Perry: The Prismatic World Tour on May 7 are available in stores and online at SM Tickets.

Tickets for the Best of Best in the Philippines K-pop concert on April 12 are also available in stores and online at SM Tickets.

Best of Best in the Philippines tickets are priced at P9500 for VIP, P8000 for Lower Box A, P 6500 for Lower Box B, P4000 for Upper Box A, P2500 for Upper Box B, and P950 for General Admission. Booking fees not included. For more information about the concert, check out the event’s official social networking sites by liking the Facebook page Best of Best KPOP Concert PH; and follow @bestofbestph2015 on Instagram and @bestofbestph on Twitter. Join the social conversation #bestofbestkpop.