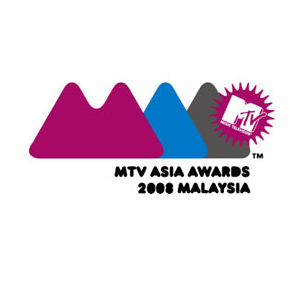 Filipino bands Sandwich, Chicosci, Urbandub, and Spongecola are competing for the category MTV Favorite Artist (Philippines) in the MTV Asia Awards 2008. It will be aired on MTV Philippines starting August 10.


MTV Networks Asia's flagship show, MTV Asia Awards (MAA) 2008, is all set to take place in Malaysia this weekend. Now on its sixth year, the pan-regional music event is expected to bring excitement to music fans in over nine countries in Asia.

The Awards show that celebrates and pays tribute to regional and international music talents will be held at the Arena of Stars in Genting, Malaysia this Saturday (August 2). It will be hosted by Jared Leto of 30 Seconds to Mars. The 2008 MAA will be broadcasted to over 291 million homes across the region.

MTV will be presenting a total of 16 awards during the show to honor and promote the icons of youth culture and music. There will be nine regional favorite artist awards and seven international awards which include exciting additions such as The Video Star Award, Breakthrough Artist, The Innovation Award, Best Hook-Up, Bring Da House Down Award and edc Style Award.

The Grammy-nominated sexy group The Pussycat Dolls will perform their latest hit single, "When I Grow Up" for the first time in the MTV Asia Awards. After making it big in the pop music scene in 2005 with their song "Don't Cha," the group has been consistently on top of America's hits. This year, the posse will join the array of well-known personalities in the field of music for a night of exhilarating performances.

Among hundreds of bands and music groups in the Philippines, only four Filipino pop and rock groups are nominated and vying for the MTV Favorite Artist Philippines 2008.

Chicosci - From an after school activity to a full-time passion and profession in 2000, this Filipino pop rock group has gone a long way for being nominated by an international award-giving body such as MTV. The band released their first and sophomore albums Revenge of the Giant Robot in 2000 and Method of Breathing in 2002. Their first single "Sink or Swim" established the band's reputation as one of the forerunners of the new generation of rock.

Method of Breathing further cemented that reputation as the single "Paris" dominated the charts for over a year, ultimately winning NU 107's Song of the Year award in 2002, as well as Best Produced Album.

Sandwich - Being in the music industry for a decade proves that Sandwich is deserving of this nomination. Considered to be a "barkada" band, the group has come a long way from releasing their first album Grip Stand Throw in 1998. Sandwich survived when Marc Abaya left the group to form his own band. In fact, Sandwich won Album of the Year in NU 107 Rock Awards in 1999, another Album of the Year award in 2001, and a slew of other awards honoring their musicality.

Sandwich ushered their tenth anniversary with their latest album, Marks the Spot.

Spongecola - Officially launched in 2002, Spongecola is a youthful four-member rock outfit hailing from the Philippines. They released a self-titled EP in 2003, containing songs that received substantial airplay on local pop and rock radio stations. The group released their debut album, Palabas, in 2004 under Sony BMG Philippines. Their second album Transit (2006) was launched under Universal Records. Within three months of it release, the album struck gold due to the massive radio success of the single "Bitiw."

Their latest album Under Southern Lights pays homage to the queen city of the South, Cebu.