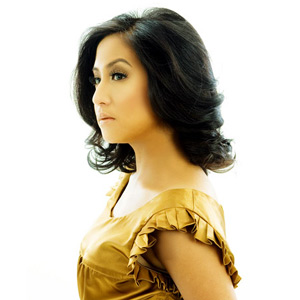 Jolina Magdangal has released her third album titled Destiny under GMA Records. It contains the carrier single "Will of the Wind," which happens to be the theme song of the movie I.T.A.L.Y. (I Trust and Love You) that will be shown starting September 17.


In her 20 years in show business, Jolina Magdangal has demonstrated her bankability and her versatility as a star. She has been known as a child actress, a TV host, a singer, and more recently, a Pinoy Idol juror. With her training as a protégé of Maestro Ryan Cayabyab (for the musical group 14k), Jolina now shows her maturity with the release of her third album titled Destiny. This 10-track album is filled with unforgettable love songs ranging from soothing ballads to electronic sounding upbeat pop songs.

There are three English revivals in this album, with "Will of the Wind" as the carrier single and theme song of her upcoming movie, I.T.A.L.Y. (I Trust and Love You), produced by GMA Films. In this opening song, Jolina's steady voice rises over the heavy piano, accompanied with guitar and drums. Singing with the confidence of her years in the field of music, her rendition of this song is testament to her befriending the will of the wind.

In "When I Fall in Love," Jolina takes out the somber tone of the experience of falling in love with an upbeat rendition that can almost make the listener dance. And this, she also does in her version of Fra Lippo Lippi's "Stitches and Burns."


Among the tracks in the album, "Pangako ng Puso," Umibig Ka," and "T'wing Kasama Kita" have simple lyrics that Jolina successfully utilizes to convey the heartfelt messages of love—the central theme of this album. "Hanggang Kailan" is a soulful ballad, and Jolina's voice echoes with questions about the persistence of love and its accompanying hopefulness.


Noteworthy among the tracks in this album are "Isang Taon" and "Buksan ang 'Yong Puso." In both songs, there is a sense of coming back to a place or a person where the singer can only find true joy and peace.


Catch Jolina with the other members of the cast of the movie I.T.A.L.Y. (I Trust and Love You) on the following dates: September 20 in SM Bicutan and September 21 in SM Sucat.
Read Next
Read More Stories About
Jolina Magdangal, album, music
Post a Comment
Featured
Latest Stories
Trending in Summit Media Network