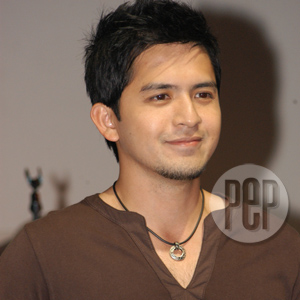 Dennis Trillo is scheduled to have his own telekonsiyerto in GMA-7's morning show Sis, which airs on March 20 (Tuesday).

Dennis Trillo, one of the country's hottest male celebrities, has just released his self-titled album at Virgin Café last Monday, March 12. The 12-track album contains remakes as well as original songs, plus his duet with Asia's Songbird, Regine Velasquez, for the song entitled "Magtatagpong Muli."

The newly formed recording company, Indi Music, is the brainchild of Ogie and Regine. It aims to help out young artists, particularly newcomers, penetrate the music industry. The company's first released album was the original soundtrack of Till I Met You (2006), which paired Regine and Robin Padilla on the big screen.

The song "All Out of Love" is the carrier single of the self-titled debut album of Dennis. According to the award-winning actor, this song gave him his biggest opportunity so far. "Malaki ang naitulong sa akin ng kanta at ito yung kantang nakapagbigay sa ‘kin ng biggest commercial breaks ko." Dennis's new version of the ‘80s hit started dominating the airwaves when it was used as the theme song of a commercial that he starred in.

His self-titled album also features the songs "Lumilipad," "Love Is All That Matters," "Her Smile," "Mangarap Lang," "All That I Know," "Tanga," "Sayaw Sa Hangin," "Kung," and "Para Sa ‘Yo," which was composed by Ogie himself.

During the media presentation, Dennis said that if he were to choose one song from his debut album to dedicate to rumored girlfriend Carlene Aguilar, it would be "Magtatagpong Muli." Even though he denies that he is in a relationship with the Bb. Pilipinas-World 2005 titleholder, reports say that Dennis is the father of Carlene's child.

Budding businessman. Aside from acting and promoting his debut album, Dennis is also busy preparing for the opening of his bar along Timog Avenue called Barracks.

The concept of Barracks Bar is to place tables and chairs inside parked army trucks to give a semblance of the garrison where troops are stationed.

Dennis's music video for "Lumilipad" will be aired for the first time in GMA-7's Sunday noontime show, SOP. The video for the song, his second single, was directed by Paolo Villaluna, noted director of the indie film Ilusyon.

The matinee idol is also scheduled to have his own telekonsiyerto in GMA-7's morning show Sis, which airs on March 20 (Tuesday).

Dennis Trillo's self-titled CD is distributed by Universal Records. It is now available at music and video stores nationwide.