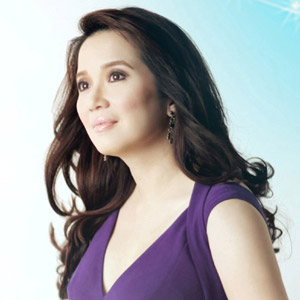 Why did she choose to release another "spoken word" album like this one?

"Kasi nga bumebenta kaya 'wag na nating i-destroy yung formula. Gusto nila yung spoken word. I think kasi, ni-relay sa akin ito ni Kathleen [Dy -Go, Universal Records' General Manager] 75% to 85% of those who buy albums are females. And women in general really like to talk about their emotions. Nauna kasing gumawa si Kathleen ng ganito for me... 4 years ago, 2007 was the release of the first album and I think everybody journeyed along with me. Siguro I connect with...something very female kaya sinusuportahan nila.

Kris narrated that she was involved in asking various recording companies to "lend" their artists who contributed to her album.

The first segment in the CD is My Journey: The Broken Road. Contrary to what the title may seem to suggest, this chapter documents the paradoxical nature of Kris' life, which is characterized by the right blend of trials and triumphs that essentially fuels her immense love for life. Here, Toni Gonzaga performs "God Bless The Broken Road" and KC Concepcion delivers a soulful rendition of "What About Love."

In My Journey: The Road Of Love Kris opens up her heart as she narrates the strong interconnection between love ballads and her romantic experiences in the past six years. Kris valiantly attempts to uncover the mysteries of falling in and out of love. In the process, she eventually emerges victorious by accepting both the pains and joys of falling in love. Christian Bautista gives a masculine twist to "Love Moves In Mysterious Ways" while Jed Madela dishes out a chilling interpretation of "Only Love" and "To Where You Are." Karylle re-interpreted and breathed life to the seminal classic "It Must Have Been Love."

My Journey: The Road To God expresses Kris' spiritual journey as she surrenders her life to the infinite love of God. Here, Kris Gail Blanco performs "I Will Be Here" and "In Your Eyes" while the inimitable tandem of Regine Velasquez and Lani Misalucha shines in their rendition of "When You Believe."

Kris then bares her deepest hopes and aspirations for My Journey: The Road Of Expectations. Zsa Zsa Padilla gives her rendition of "I'd Really Love To See You Tonight."

Kris' emotional maturity and wisdom, which is the fulfilling result of many years of heartbreak and heartache, is communicated in My Journey: The Road Of Understanding as Nina belts out "I Want To Know What Love Is."

Kris celebrates the healing power of letting go and moving on in My Journey: The Road Of Forgiveness as Jed Madela performs "Healing." Jed Madela's rendition of "Beautiful In My Eyes" sums up the great possibility of Kris to fall in love and accept romance in life once again in My Journey: The Road of Redemption. Christian Bautista performs a bonus track dedicated by Goldilocks to Kris for her birthday titled "Araw Mo."

My Heart's Journey is available in all leading record bars nationwide and it also comes with a special journal containing inspiring quotes written by Kris herself.