ABS-CBN takes lead in national and primetime TV, based on Kantar Media data 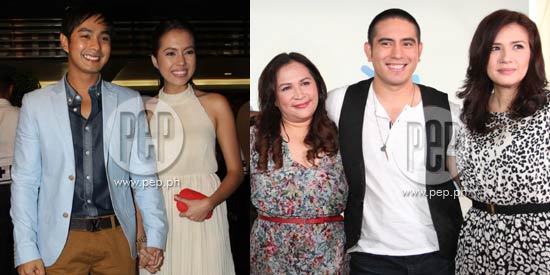 "ABS-CBN Corporation led all TV networks in terms of viewership as measured by national TV ratings last March 2012 and continued to dominate primetime television across the country by wrestling leadership in Mega and Metro Manila from its rival.

"Data from the industry-trusted multinational audience research group Kantar Media, which has national samples of 1,324 homes and 7,666 individuals that are statistically representative of total Philippine TV population, show that ABS-CBN obtained an average audience share of 36% nationwide for total day viewership, which was higher than GMA’s 34%

"ABS-CBN took the lead in its rivals' claimed bailiwicks of Mega and Metro Manila on the important primetime block when viewing levels peak and when advertisers place more of their TV ads to reach more viewers. ABS-CBN averaged 36% in audience share vs GMA’s 34% in Mega Manila and 38% vs 32% in Metro Manila.

"Among all primetime programs, Walang Hanggan soared high in TV ratings and led the pack nationwide with an average TV rating of 35.2% compared to its rival My Beloved with only 16%. Even in Mega Manila and Metro Manila, the Coco Martin-Julia Montes starrer was the most watched with 29.3% vs 20.2% and 31.5% vs 19% respectively.

"Kantar Media's report showed that nine ABS-CBN programs figured in the top ten most watched programs, while a blocktimer that produces a program aired on GMA network landed on the 10th spot.

“Walang Hanggan continues to be the most watched show in the country followed by recently concluded Budoy with an average national TV rating of 29%, E-Boy with 28.9%, and the new series Dahil sa Pag-ibig (27.8%).

"ABS-CBN’s new show Sarah G Live made a strong debut as it instantly ranked 9th in the top ten with 21.4%.

"ABS-CBN's DZMM topped all AM radio stations last February in Mega Manila with a 42.1% audience share, higher by 14.4 points higher than GMA's DZBB that only got 27.7%, according to the Nielsen Mega Manila RAM data.