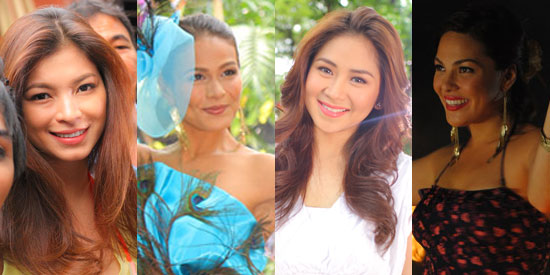 Sarah Geronimo and Gerald Anderson were tapped to sing this year’s theme song for the summer station ID of ABS-CBN with the theme “Pinoy Summer, Da Best Forever.” It will be launched this Sunday (April 15) on ASAP 2012.

Sarah and Gerald, together with the biggest and brightest Kapamilya personalities, will show the colors behind Pinoy summer and share the amazing reasons why it is the ultimate summer destination for tourists and fellow kababayan.

ABS-CBN head of Creative Communications Robert Labayen said the network believes that the beauty of summer in the Philippines is not only seen through its natural resources but it is most evident in its people.

“This year’s summer station ID paints a picture of how Filipinos are proud of their heritage and values as reflected in our very own festivals.Bayanihan, camaraderie, unity, respect, and love for one’s self are the prime Filipino values highlighted. Color and joy spread like summer heat, awakening the festivities and making celebrations more alive,” he said.

This year’s summer station ID will show a rainbow brightening in the sky as a group of festival dancers offer a free ride to Angelica Panganiban, Zanjoe Marudo, John Prats, and Melai Cantiveros, Pooh, and Jason Gainza.

Angel Locsin epitomizes the magnetizing Filipina smile as she makes even the killjoys join the festivities.

Cliff diving has never looked more tempting as the ultimate heartthrob, Piolo Pascual, jumps off the glazing rocks to retrieve a friend’s valuable that was accidentally dropped off in the clear blue sea.

Bea Alonzo and plus-sized majorettes redefine sexy as they lead the band with confidence.

The theme song was written by Christine Daria-Estabillo with music created by Marcus and Amber Davis.