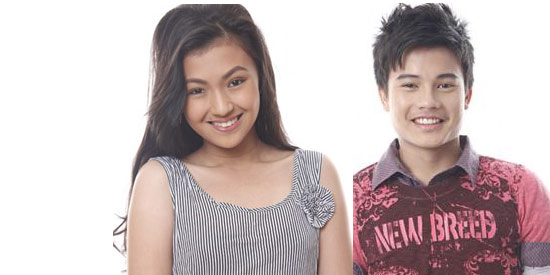 
Two housemates were tasked to wear fatigue pants and hold the two ends of the rope connected to the flag. The rope that connects the flag has two bags of “weight” in between. The housemates worked as pairs to hold up the flag for certain appointed times.


While on duty, housemates Alec Dungo and Myrtle Sarrosa decided to collaborate and compose a song. The song speaks about the test of friendship.

Roy Requejo and Yves Flores were among the those who held up the flag for the last time. Big Brother told the housemates that they succeeded in his weekly challenge with flying colors.

Earlier that week, Karen Reyes had to receive immediate attention due to severe stomach pain. She was put on dextrose but Big Brother deemed it best to bring the housemate to a hospital. Karen’s absence saddened her “special friend” Ryan Boyce. In fact, before Karen left the house, she exchanged "I love you's" with Ryan.


Karen was confined at a hospital for several hours. According to one of Big Brother’s rules, if a housemate is brought to the outside world, s/he must return to the house within 24 hours, or else s/he will be automatically evicted. In Karen’s case, she was able to return to Big Brother’s house.

Bianca mentioned that the first housemate she will call is considered “safe.” Myrtle was relieved when she was called. The second housemate who is also “safe” from eviction that week was Yves, leaving Tom as the seventh evictee.


Robi Domingo brought the handsome ex-PBB housemate onstage while Bianca asked Tom what was the best thing being a teen housemate.

The 16-year-old boy answered: “Being happy. Happy for who I am and happy na tinanggap ako ng ibang teen housemates."

The hosts also announced during the live show that the succeeding eviction nights will be held every Friday. The Big Night is scheduled on July 7, 2012.

Who do you think will emerge as the big winner of Pinoy Big Brother Teen Edition 4?