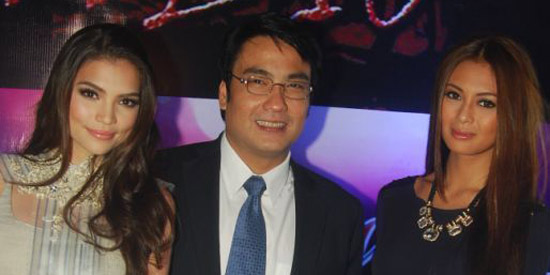 GMA Network Inc. recently hosted a star-studded event for its valued and loyal partners in the trade to unveil the slate of new programs and projects. The grand event was held last November 28 at the Rizal Ballroom of Makati Shangri-La Hotel.

It was an afternoon of fun and surprises as Kapuso stars joined forces to take part in the celebration and provide entertainment to key partner-advertisers. The special gala event also showcased the new campaigns, and initiatives with the integration of the latest digital technology in advertising and promotions.


Indio will be set during the 1500s and the 1600s. According to Senator Bong, the lead actor of the series, their show is a fantaserye set against a historical background, right before the Philippines was conquered by Spaniards.

In an interview with PEP.ph (Philippine Entertainment Portal), Rhian Ramos said that her character in Indio is a diwata(fairy). She says about her role:

GMA News and Public Affairs and GMA News TV presented its program line-up including the reality game show Extra Challenge (hosted by Richard Gutierrez and Marian Rivera together with Boobay) as well as State of The Nation with Jessica Soho hosted by GMA Network's Vice President for News Programs, Jessica Soho.

Advertisers had a meet and greet opportunity with the hosts of Taste Buddies, Kusina Master and Sarap Diva, all cooking shows of GMA and GMA News TV.

(To view photos during the event, click here for PART 1 and PART 2)