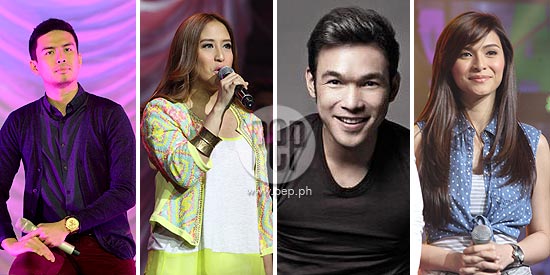 The replacement show of Party Pilipinas will air on GMA-7 starting this Sunday, June 16. The Kapuso Network's now defunct noontime show aired from 28 March 2010 to 19 May 2013.

GMA-7 celebrities will unite for the launch of the Kapuso Network's musical-variety program called Sunday All Stars.

With the format of the new program, the cast members of Sunday All Stars will have the unique opportunity to further bond with one another. There will be 4 celebrity teams, with each team headed by a Kapuso artist, who will participate in a showdown via production numbers every week.

During its first month on air, Christian Bautista, Jolina Magdangal, Mark Bautista and Jennylyn Mercado will lead the teams.

Joining them are some of the Kapuso Network's best performing artists, GMA young stars and Kapuso primetime stars.

Also on hand to present the intense scenes behind the showdown are three of GMA's most standout beauties: Heart Evangelista, Carla Abellana and Lovi Poe.

Janine Gutierrez will also provide the fans with an all-access pass for the intimate and revealing happenings backstage and during each team's meetings and rehearsals.

And the show's "big four" Ogie Alcasid, Janno Gibbs, Jaya and Regine Velasquez-Alcasid will judge who among the four groups gave the best performance for the week. Home viewers will also get the chance to vote for the best performers via SMS and online voting. 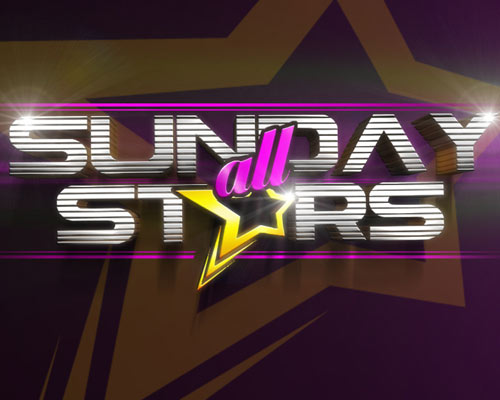 "We always associate Sundays with fun and that's what SAS promises to give the viewers—all-out-fun and excitement," said GMA Network's Officer-in-Charge for Entertainment TV Lilybeth Rasonable in a statement furnished by GMA's corporate communications department.

"Sunday noon can truly be fun! There's the enjoyment of watching world-class performances conceptualized by the artists themselves plus the excitement of seeing your favorite stars engage in games and be real, competitive and creative," GMA's Vice President for Entertainment TV Marivin T. Arayata was also quoted as saying in the release.