Kim Chiu apologizes for using inappropriate word in It's Showtime 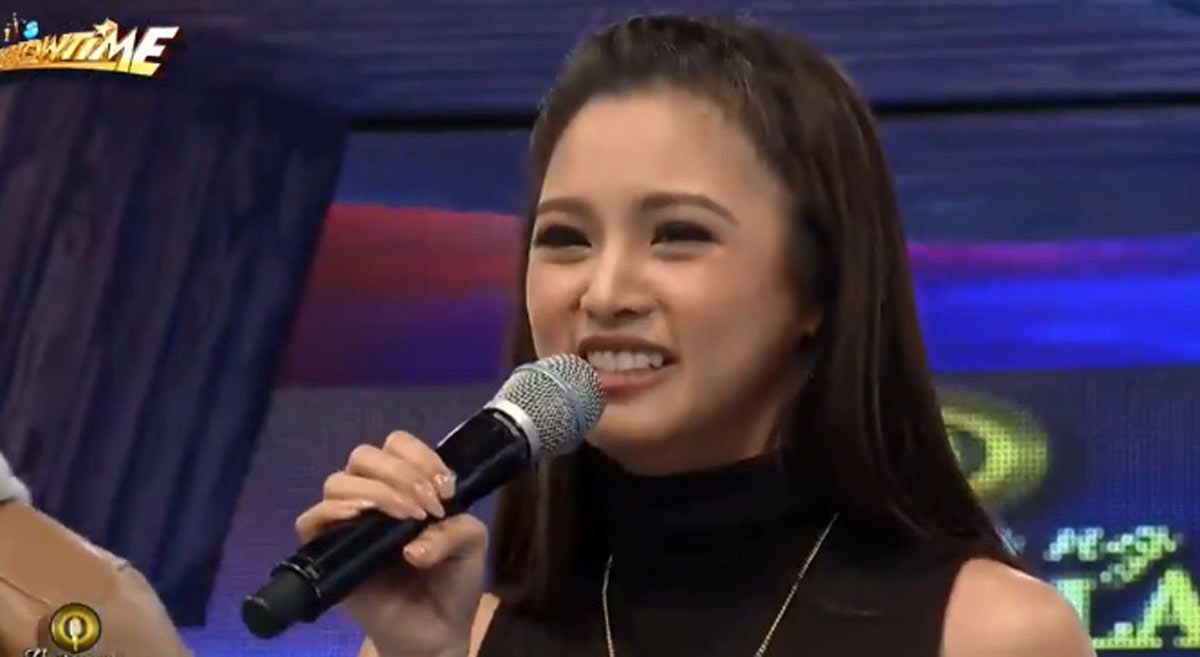 Kim Chiu apologized for using the word "natatae" on It's Showtime to describe the facial expression of Ryan Bang.

Kim Chiu immediately apologized for a word that she used during a live episode of It’s Showtime.

The ABS-CBN actress served as a guest host in the March 6 episode of the Kapamilya noontime show.

Kim was interviewing a “Tawag ng Tanghalan” contestant along with Vhong Navarro and Ryan Bang when she said the inappropriate word.

When the contestant named John Lloyd Cruz as his favorite actor, the TV hosts decided to re-enact a scene from JLC's movie One More Chance.

Ryan was supposed to depict the jealousy felt by Maja's character.

Ryan then puckered up his face and clenched his fists.

Kim suddenly realized that she was not supposed to say poop on the air during a noontime show.

It will be recalled that in June 2018, Amy was tasked to publicly apologize for an "insensitive" orphan joke cracked by GirlTrends member Erin Ocampo.