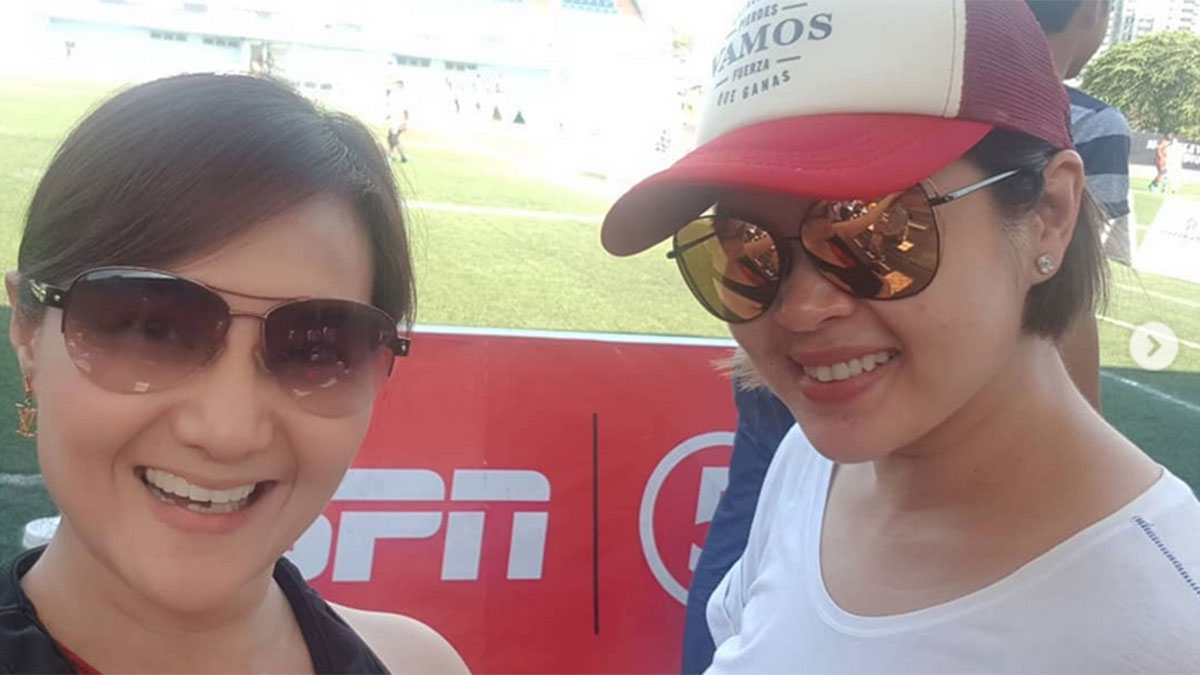 The two were together during a soccer game event where their respective sons were participants.

Aside from Judy Ann, Gladys also had a photo with another '90s star, Camille Prats.

Judy Ann, Gladys, and Camille top-billed successful and iconic projects in the '90s.

Judy Ann and Gladys were the lead stars of the classic drama series, Mara Clara, aired on ABS-CBN from 1992-1997.

READ: WHERE ARE THEY NOW: Original teleserye leading ladies

Camille, on the other hand, played the lead character in the movie, Sarah: Ang Munting Prinsesa, produced by ABS-CBN's Star Cinema in 1995.

Sarah: Ang Munting Prinsesa is the Filipino adaptation of the 1985 Nippon Animation anime, Princess Sarah, which was based on the children's novel, A Little Princess.

At present, Gladys and Camille are now with GMA-7, while Judy Ann is considered ABS-CBN's Queen of Pinoy Soap Opera.