Who will be the batch winner of PBB Otso adult housemates Batch 1? 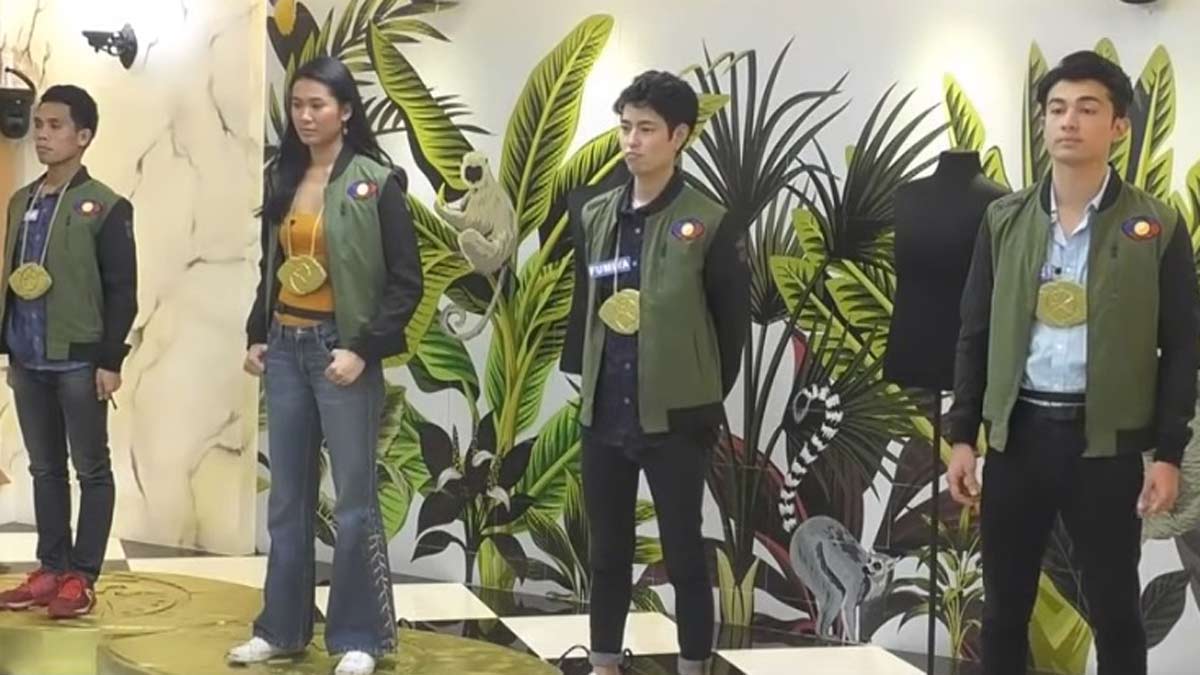 The first adult batch of Pinoy Big Brother Otso is ending this week, and a new batch of teen housemates will enter the house this weekend. Because of this, the batch Big Four has already been revealed. They are Yamyam Gucong, Fumiya Sankai, Andre Brouillette, and Lou Yanong.

Yamyam was already in the Big Four because he won the Big Jump challenge.

Fumiya, Andre and Lou, meanwhile, go to these spots by winning the public votes. The show chose to keep secret who among them got the highest votes, but one of them garnered 54.83%, another one earned 21.98% and the third had 12.47%.

The three were up against Shawntel Cruz and Thea Rizaldo in the voting, so it was easy to see how they won. There simply wasn’t enough time for Shawntel and Thea to gain enough supporters because they came late to the house after spending most of their time in Camp Star Hunt.

Fumiya, Andre and Lou were a part of the first eight adult housemates who were in the house for this batch.

On January 8, eight housemates were chosen to move into the PBB house after staying for a few days in Camp Star Hunt. Yamyam, Fumiya, Andre and Lou were a part of this group, along with Apey Obera, Wakim Regalado, Mitch Talao and Abi Kassem.

Yamyam and Fumiya were quickly loved by the public, after they formed a comedic duo that was called Fumiyam. The two instantly become close in the first few days despite the language barrier. The 25-year-old from Bohol and the 23-year-old Japanese can only speak limited English, but they cannot understand each other’s mother tongue. Their funny attempts to converse with each other endeared them to their fans.

The two were also good at their social game. Their friendliness ensured that they will not be nominated for eviction by their fellow housemates in the first three eviction rounds. Abi and Apey were evicted in this three-week period.

Their fans, however, were always ready to save them. Yamyam got the highest votes in both eviction rounds, while Fumiya placed third then second. Wakim and Mitch were evicted here.

On the eighth eviction round, Fumiya became automatically nominated after failing to get into the final stage of the Big Jump challenge. The Fumiyam fans, however, came to the rescue by giving the Japanese vlogger an impressive 87.5% of the votes against four other nominees.

Yamyam was safe in the same eviction round because he won that particular Big Jump challenge, making him the first member of the Big Four.

Andre and Lou’s journey to the Big Four was different from Fumiyam’s. The two gained fans due to a romantic connection, but it is also this relationship that made them face criticism from viewers and fellow housemates.

Andre first gained the respect of viewers in the January 22 episode of the show. In this episode, Andre was shown to have respectfully rejected Abi, who confessed that she was attracted to him. Andre told Abi that they should not pursue the relationship because Abi has a boyfriend outside the house. In response, Abi pointed out that Andre may like Lou more.

After Abi was evicted, Andre decided to get to know Lou more. They slowly became close, and their romantic spark caught the interest of the PBB viewers. This allowed them to get more fans who loved watching their relationship develop on TV. They even coined the two’s loveteam as LouDre.

Historically, PBB viewers liked watching loveteams on the show. Many loveteams have reached the finals in the past seasons of PBB, like KimErald (Kim Chiu and Gerald Anderson), MelaSon (Melai Cantiveros and Jason Francisco) and Mayward (Maymay Entrata and Edward Barber).

Thus, being in LouDre allowed Andre and Lou to have fans who will protect them from being evicted. Because unlike Yamyam and Fumiya, the two lovebirds got nominated for eviction by their fellow housemates.

The reason for the nominations was chiefly because of an infamous kissing incident that the two were involved in the first week of March. The two were drunk and kissed torridly several times during a party. Their fellow housemates disapproved of the action, and many viewers thought what they showed on national TV was inappropriate. Many netizens started calling Lou harsh words like “malandi” and “pokpok,” and they mentioned that she was not worthy of being a part of the Big Four.

Fortunately, the duo also had an army of fans to protect them. For example, the two were both nominated in the seventh eviction round, but they were saved after they got the two highest number of votes.

BATCH 2 OF TEEN HOUSEMATES UP NEXT.

Before the episode ended, the show opened the voting for the batch winner. Who among Yamyam, Fumiya, Andre, and Lou will get the most votes?

The four will also exit the house in the coming days. How will the public receive them when they go around the country to meet their fans?

Who are the teen housemates who will enter the house this weekend? Will they be able to gain as many fans as this Big Four? Viewers will find out soon.