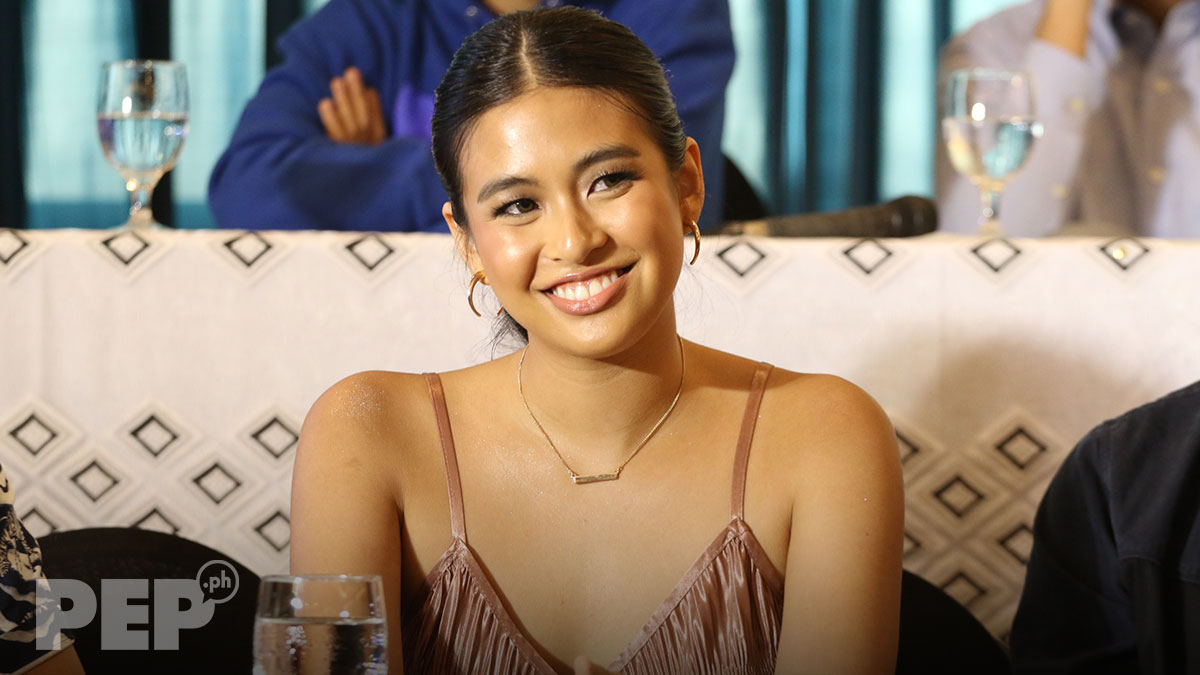 Gabbi Garcia is saddened by the early demise of her last teleserye, Pamilya Roces.

The GMA-7 show, which was top-billed by Carla Abellana, Jasmine Curtis Smith, Sophie Albert, and Shaira Diaz, aired on GMA-7 from October 2018 to December 2018.

With a teleserye having a regular run of 13 weeks, Pamilya Roces was cut short to 10 weeks because of its mediocre ratings.

During Gabbi's interview with PEP.ph (Philippine Entertainment Portal) at the March 26 Pista ng Pelikulang Pilipino 3 launch at Gateway Mall, she was asked if she got frustrated with the teleserye's turnout.

Gabbi answered, "The frustration siguro, it's there, parang, sayang.

"Eventually naman, when the right timing is there, it will come."

Gabbi believes that despite the project's turnout, Pamilya Roces had the best ensemble for a TV series.

"We have a good cast, we have the best director, Direk Joel Lamangan is there.

Prior to Pamilya Roces, Gabbi was suddenly taken out of Sherlock Jr., the action series she top-billed with former love team partner, Ruru Madrid.

At present, Gabbi has no teleserye lined up yet for GMA-7.

Is this the reason why she decided to lie low from doing teleseryes?

She said, "It won't stop me naman and it won't bring me down naman, kahit naman sino doon sa cast, it did not bring us down to do a teleserye again, and it happens."

Gabbi then revealed the reason why she's not too active on television.

"Kasi nagfocus ako sa film and I have an upcoming project na medyo big na I have to focus on, I'm not so sure when it's gonna launch.

"Bawal pa, e, but it's gonna be something big."

Gabbi was referring to the upcoming movie, LSS: Last Song Syndrome, where she works with her real-life boyfriend, Khalil Ramos.

It is one of the first three announced films that will be part of the Pista ng Pelikulang Pilipino year 3, to be held this September.