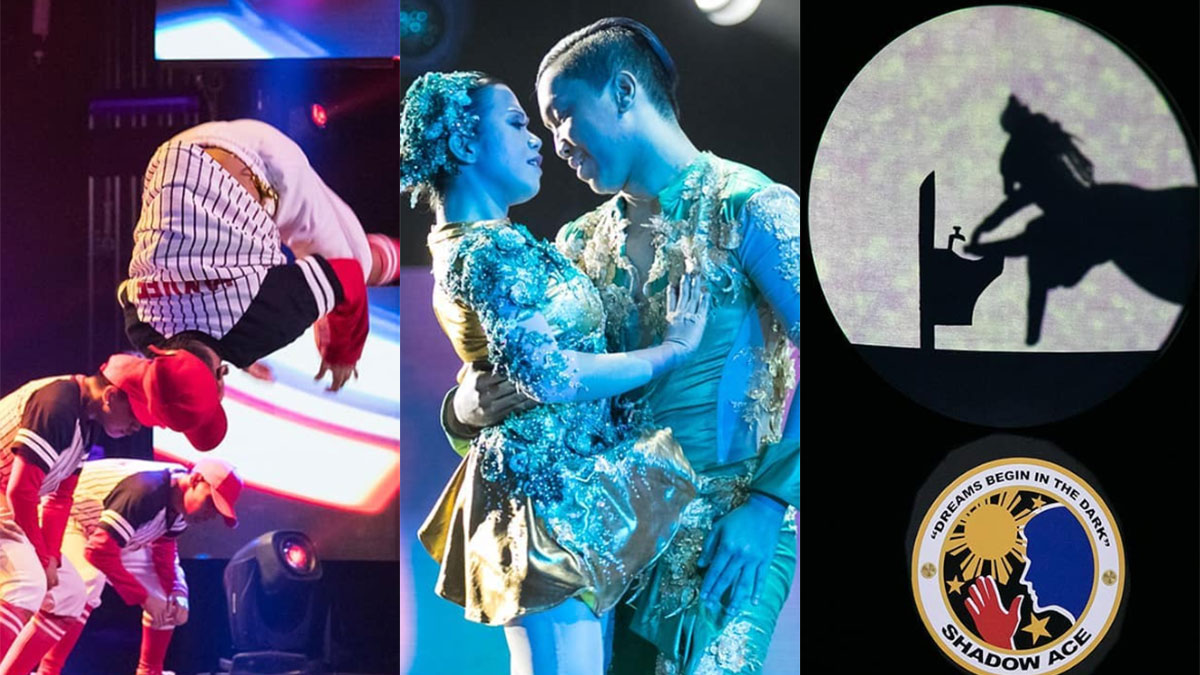 Three Filipino acts have shown their extraordinary talents in the grand finals of Asia's Got Talent Season 3.

Power Duo, a pair of acrobatic dancers composed by real-life couple Anjanette and Gervin, performed a highly-dangerous stunt. Anjanette did not have a harness while she danced above the ground while holding onto a rope pulled by Gervin.

They ended their sweet, poetic dance with a kiss.

Judge Jay Park said about their performance, "I think that ending might win you Asia's Got Talent."

Dance group Junior Good Vibes performed a baseball-themed dance act. The members did tumbling stunts to the tune of Taylor Swift's "Shake It Off."

After the performance, judge David Foster told the Pinoy group, "It's probably the most unique dance group and performance that I have ever seen."

Philip Galit, who is known as Shadow Ace, impressed the judges with his funny and inspiring shadow act about rising above the judgment and mockery of other people.

He performed his act using popular songs such as "I Will Survive," "Material Girl," "One Night Only," and "And I Am Telling You."

Anggun said about the performance, "It's so inspirational, it's so deep, it's so meaningful. I think you should be able to do whatever you want in your life, and I think, with the love of your parents, thank you, again, for raising this beautiful child."

The three Pinoy acts are vying for the grand prize of $100,000 (equivalent to over PHP5 million pesos).

Fans may cast their votes on Asia's Got Talent's official website until 11:59 of April 10, Singaporean time.