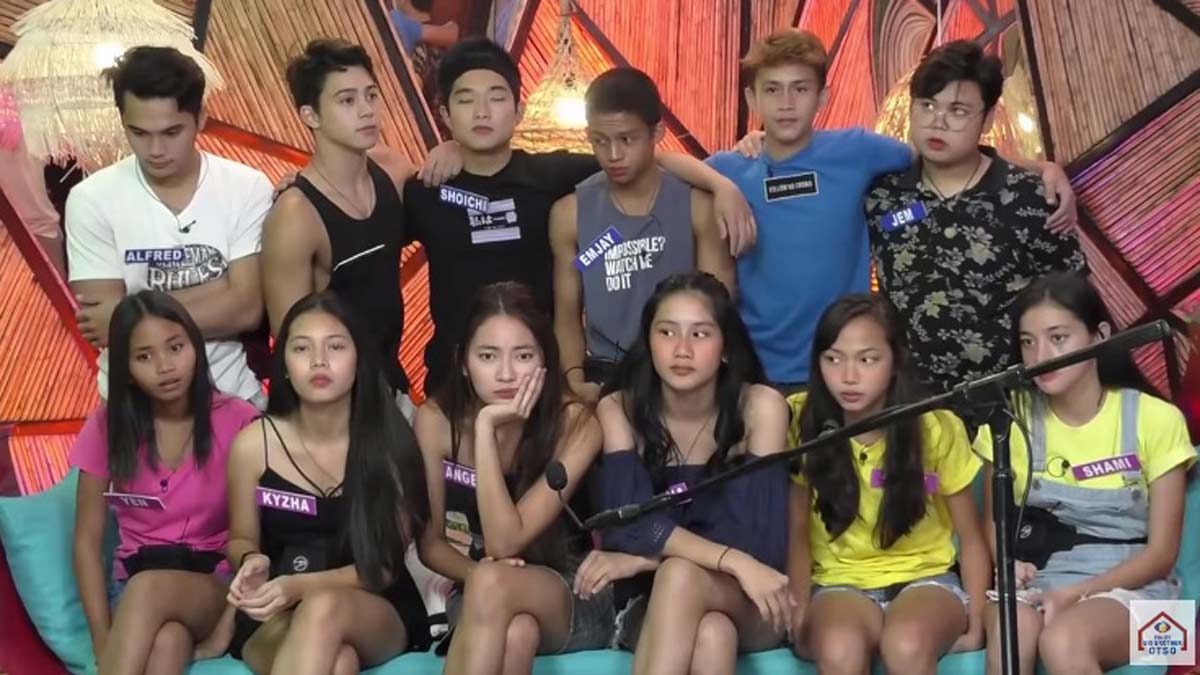 A massive twist was served to the official housemates and Star Dreamers in Pinoy Big Brother Otso. Suddenly, the show removed the divide between the two and made everyone as housemates.

Star Dreamers were given the opportunity to cross over to the main house one by one as a replacement to an evicted housemate. This proved to be disadvantageous to them, however, because they come into the house too late, and they do not have enough time to garner the same amount of supporters as the original housemates.

This could explain why the Big Four of both the first and second batches were composed only of original housemates.

THE CROSSOVER. The 16 teen members started their journey by facing challenges at the Hundred Islands in Alaminos, Pangasinan. Their individual performances allowed the show’s producers to pick the eight among them who should become official housemates.

Last week, the eight Star Dreamers had to divide themselves into two groups of four to compete in making and selling pastillas. It was anticipated that one of the members of the team with the most sales would be chosen to move to Bahay ni Kuya as an official housemate.

The winning team was the one composed of Jem, Emjay, Gwen and Shami. They expected that only one of them can be upgraded, but they were shocked when it was announced during the April 13, 2019 episode that all of them have become official housemates.

The following day, it was announced that the four remaining Star Dreamers can also move to the house, if the current housemates can complete a task.

In Camp Star Hunt, Batit, Ashley, Narcy and Lance had to fill up a huge sand timer so that the housemates can work on the challenge. If these four Star Dreamers neglect the sand timer, the challenge stops and they won’t be able to move to the PBB house.

At first, the housemates found the challenge to be very difficult. It took them a little less than three hours to transfer Batit’s coin. But they got the groove after that and quickly transferred Ashley’s coin.

After a brief rest, the housemates were able to transfer Narcy and Lance’s coins. As a result, all 16 members of Batch 3 have moved to the main PBB house and are now official housemates.

Will the Camp Star Hunt stay empty? Viewers will find out in the upcoming episodes.