How did Love You Two pilot episode fare in ratings game? 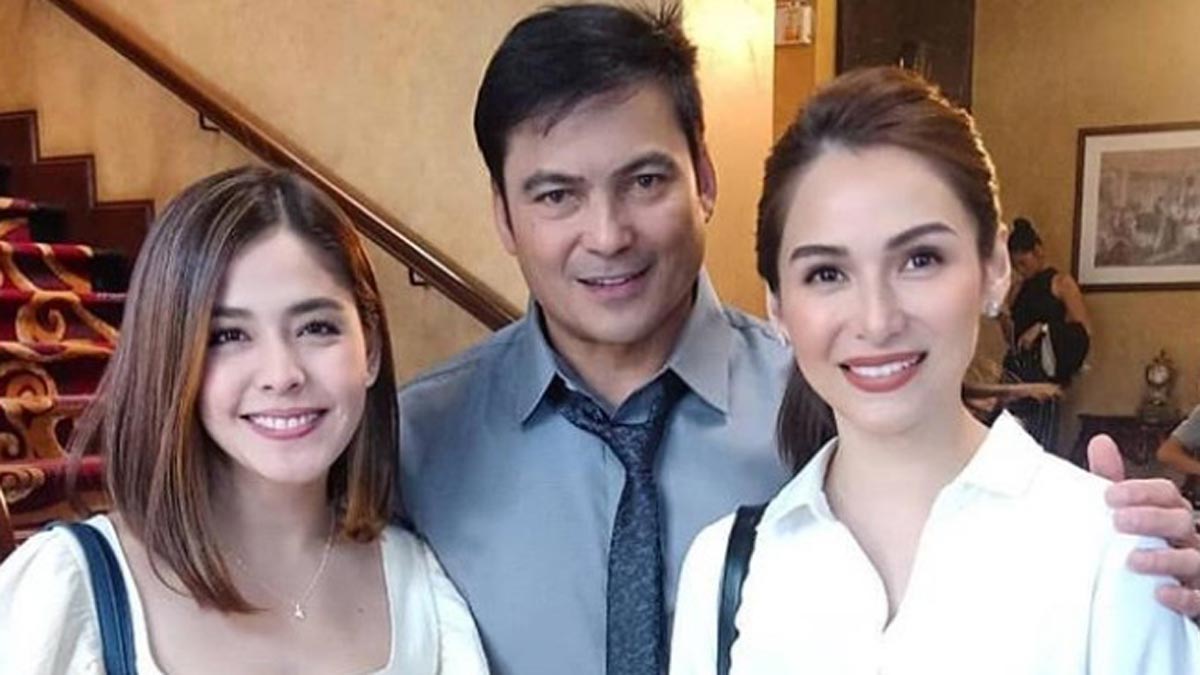 GMA-7’s new prime-time series Love You Two aired its pilot episode on April 22, 2019. The series replaced TODA One I Love and is now pitted against ABS-CBN Halik.

Jennylyn Mercado and Gabby Concepcion top-bill this Kapuso show together with Shaira Diaz and Solenn Heussaff.

Directed by Irene Villamor, who is known for her movies Sid and Aya (2018), Meet Me in St. Gallen (2018) and Ulan (2019), Love You Two is a romantic-comedy series about two sisters falling in love with the same guy almost twice their age.

In the series, Jennylyn Mercado and Gabby Concepcion portray Raffy and Jake, respectively.

Raffy Batungbakal is a career-driven woman and the breadwinner of her family. She fell in love with her boss Jake (Gabby Concepcion) who is also the boyfriend of her sister Sam (Shaira Diaz).

Jake, on the other hand, is the COO and son of the owner of Kalayaan Hotel. He is torn between the two young ladies, Raffy and Sam.

Meanwhile, Shaira Diaz is cast as Sam Batungbakal, Raffy’s millenial sister who falls in love with Jake after an awkward encounter.

Solenn Heussaff takes the role of Lianne, an artist who is Jake’s ex-fiance. The two broke up but they managed to remain best friends.

Also in the cast are Jerald Napoles as Harrison Ford Batungbakal, Raffy’s brother who is very protective of his sisters Raffy and Sam. He is also Darling’s crush; Kiray Celis as Darling, a parlorist and neighbor of the Batungbakal family; Sheena Halili as Nina Solis, Jake’s executive assistant who also has growing feelings for him; Nar Cabico as Migs, Raffy’s confidante and the resident manager of Kalayaan Hotel; and Clint Bondad as Theo, Raffy’s longtime boyfriend who chose to end their relationship to seize a career opportunity abroad.

The pilot episode begins with Raffy (Jennylyn Mercado) singing and dancing in a wedding dress. Suddenly, she wakes up and realizes everything was just a dream.

She then told her boyfriend of 8 years Theo (Clint Bondad) about her dream via text message.

The scene was then cut to Raffy’s siblings Harrison Ford (Jerald Napoles) and Sam (Shaira Diaz) teasing Raffy because of her cheerful aura that morning.

After telling her siblings about her dream, her older brother Harrison Ford then asked her if she will accept Theo’s marriage proposal this time, since Theo has been asking her for three consecutive years already. Raffy said she would say ‘Yes’ this time.

At Raffy’s workplace, BLD Interiors, she gets commended by her boss.

After work, Raffy waits for her boyfriend Theo to pick her up. She sees an ongoing proposal, which she thought was meant for her. Dismayed to find out that it was for a different couple, she drops hints to Theo that she is ready to settle down as he drives her home. Theo drops the topic but assured Raffy that he loves her.

Meanwhile, viewers got to see Jake (Gabby Concepcion) arriving at a hotel where Migs (Nar Cabico) hands him a proposal. His executive assistant, Nina (Sheena Halili), also welcomed him and reminded him of his appointments. However, Jake asked her to cancel his appointments for the day without giving any reason.

The scene was then cut to Raffy wishing in a fountain for marriage and children. She prayed that she would give birth to fraternal twins.

Jake cancelled his appointments because he had dinner with his parents in a restaurant.

Later, Raffy goes on a date with Theo. She tries to get him to talk about marriage, but Theo seems uninterested about the topic.

The scene cuts back to Sam’s life. She is in the same party as Jake.

Jake is seen being teased by his mom to start dating someone while Sam is helping an old woman get her ring on the floor. As she was crawling her way under the table, she accidentally hit Jake’s groin. She apologizes and turns to her friend Mochi (Michelle Dee). Sam admitted that she finds Jake cute but Mochi reminds her that he is too old for her.

After their date, Raffy vented out her feelings to her siblings and neighbor Darling. She told them that she is worried why Theo is acting cold towards her.

Darling (Kiray Celis) suggested that Raffy should initiate the proposal since she rejected Theo thrice already.

Raffy then asked her siblings if they support her plans for marriage. Her siblings approved and insisted that she should start looking after her own happiness because she had already sacrificed so much for their family.

Darling then preps Raffy’s hair and makeup for their anniversary date while Raffy daydreams about going on date aboard a yacht where they can watch fireworks together.

The pilot episode ends with Theo arriving late for their anniversary date in a restaurant where Jake is the COO. Much to his surprise, Raffy knelt down and proposed to him. However, Raffy did not get the answer that she was hoping. Instead, Theo asked her to stand up and told her that he only came there to end their relationship.

The teaser for the next episode shows how Jake and Raffy crossed paths and how Raffy’s siblings consoled her as she moves on from her breakup.

How did the pilot episode of GMA-7's new prime-time series Love You Two fare in the ratings game?

Based on comparative Total Philippines (Urban+ Rural) ratings data from Kantar Media, Love You Two got a TV rating of 11.6%.

ABS-CBN's Halik, top-billed by Jericho Rosales, got a Kantar rating of 22.6%.