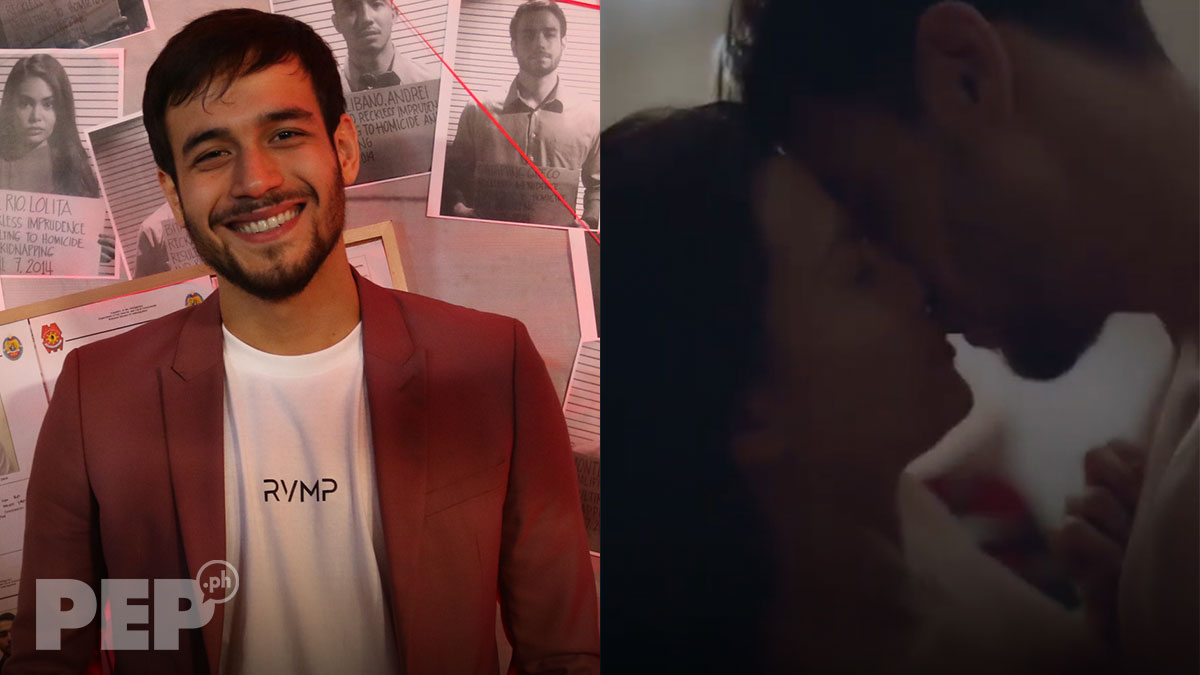 Kit Thompson does daring scenes in his two upcoming projects: a srx scene with butt exposure for the teleserye Sino Ang May Sala and a bed scene for the Cinemalaya 2019 entry, Belle Douleur.
PHOTO/S: Noel Orsal / Screengrab from Belle Douleur

Kit Thompson did a sensual scene for the pilot week of ABS-CBN's upcoming teleserye, Sino Ang May Sala?

He shot this intimate scene with co-star Ivana Alawi.

For this sensual scene, Kit also had a butt exposure.

Their sex scene was shown in Sino Ang May Sala's special cut during the April 22 screening at ABS-CBN's Dolphy Theater.

In an interview with reporters after the screening, PEP.ph (Philippine Entertainment Portal) asked Kit to describe his experience working with Ivana for their sensual scenes.

He said, "I respect Ivana as my screen partner. I don't want any tension or misunderstandings between us especially doing a scene like that. I want her to trust me and likewise.

When it comes to his butt exposure in the scene, Kit admitted that he agreed to do it because of their director, Dan Villegas.

"Noong sinabi nila sa akin si Dan Villegas magdi-direct, okay. I like Dan you know. I trust him. I think he is really a good director.

"Depende rin if somebody random will come to me and be like 'I have a short film. I want to you to show your ass,' I probably won't do it.

"But since tiwala naman ako and I know the outcome is gonna be great, I did it."

How many takes did it take for Ivana and Kit to finish their sex scene?

Kit clarified that the full cut of the sensual scene, including his butt exposure, will only be shown in the iWant online version of Sino Ang May Sala?

It is also the first Kapamilya teleserye to have its own digital version to be streamed on iWant, which will include scenes that won't be shown on television.

Apart from Sino Ang May Sala?, Kit also takes on another daring role via the Cinemalaya 2019 entry, Belle Douleur, with Mylene Dizon.

Directed by Atty. Joji Alonso, the film will show Kit and Mylene doing a bed scene together.

According to Kit, Belle Douleur will depict the May-December affair between his and Mylene's characters.

"It's kind of like a May-December affair, so, obviously, Mylene Dizon and me.

Since the movie tackles a May-December love affair, there is a possibility that their Cinemalaya entry might be compared to iWant's original movie, Glorious.

Incidentally, Tony is Kit's co-star in Sino Ang May Sala?

How would Kit react to such comparisons?

"I hope people keep their minds open and just enjoy."