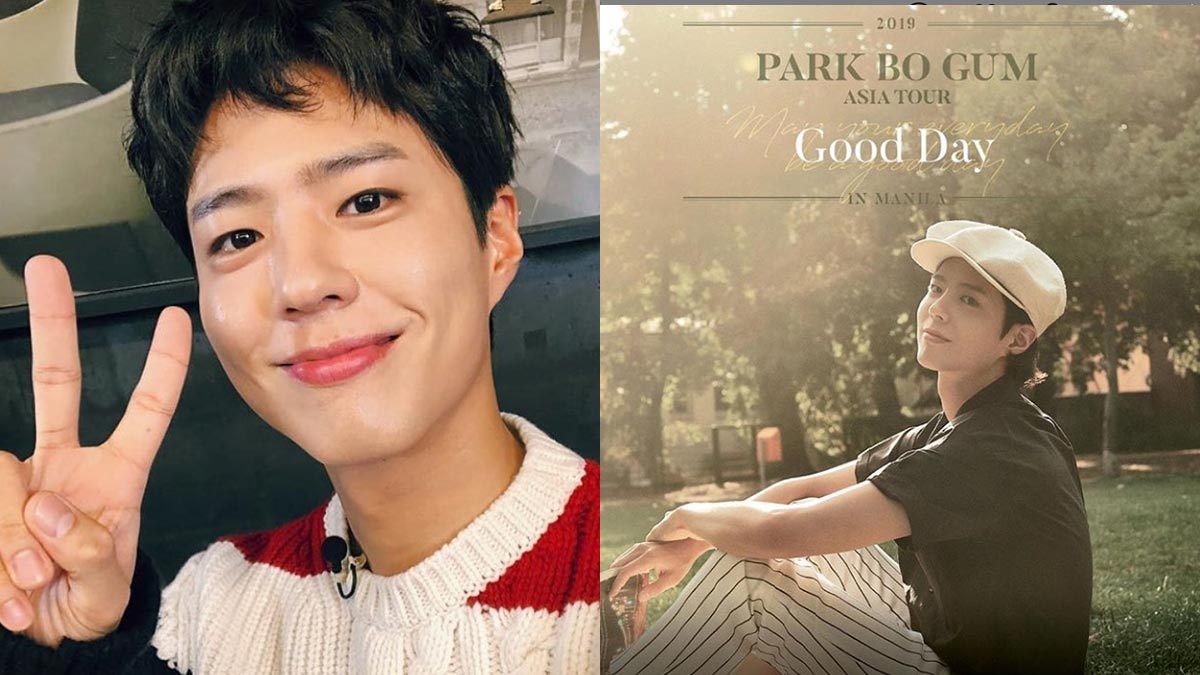 South Korea actor Park Bo Gum has postponed his first-ever Manila fan-meet owing to the spate of earthquakes that hit the country two days ago.

The 25-year-old actor made the announcement on Twitter early today, April 24.

Dubbed as Good Day in Manila, Bo Gum's fan meet was scheduled to happen this Saturday, April 27, at the SM Mall of Asia Arena in Pasay City.

The Love In The Moonlight actor wrote, "#PrayForPhilippines I'd like to inform you that the event in the Philippines scheduled for April 27, Saturday, has now been postponed due to the recent earthquake. I apologize to all who have been waiting for the event and ask for your kind understanding."

He continued, "My heartfelt condolences and consolation to the victims of the earthquake and their families. I'll pray for the Philippines, and may God's protection and care always be with all people in the Philippines."

Blossom Entertainment, the talent agency that handles Bo Gum, also released an official statement about the show's postponement and expressed their condolences to the victims of the earthquake.

Part of their statement reads: "We offer our deepest condolences to those who suffered damage and to the families involved in this earthquake.

"We would like to express our apology to the many fans who have been waiting for this fan meeting.

"But most of all, we made this decision because we think the safety of our fans is the most important.

"We also hope the fans would be so kind to understand."

The new date of Bo Gum's fan meet will take place on June 22.

The Kapamilya actress received a tweet from Bo Gum who thanked her for accepting to host his fan meet.

Bo Gum wrote, "Hi Anne! Thank you for sparing your time to emcee the 'Good day' in Manila event. Though we cannot meet this time, I hope we'll meet soon again. I'll pray for the Philippines. Take care!"