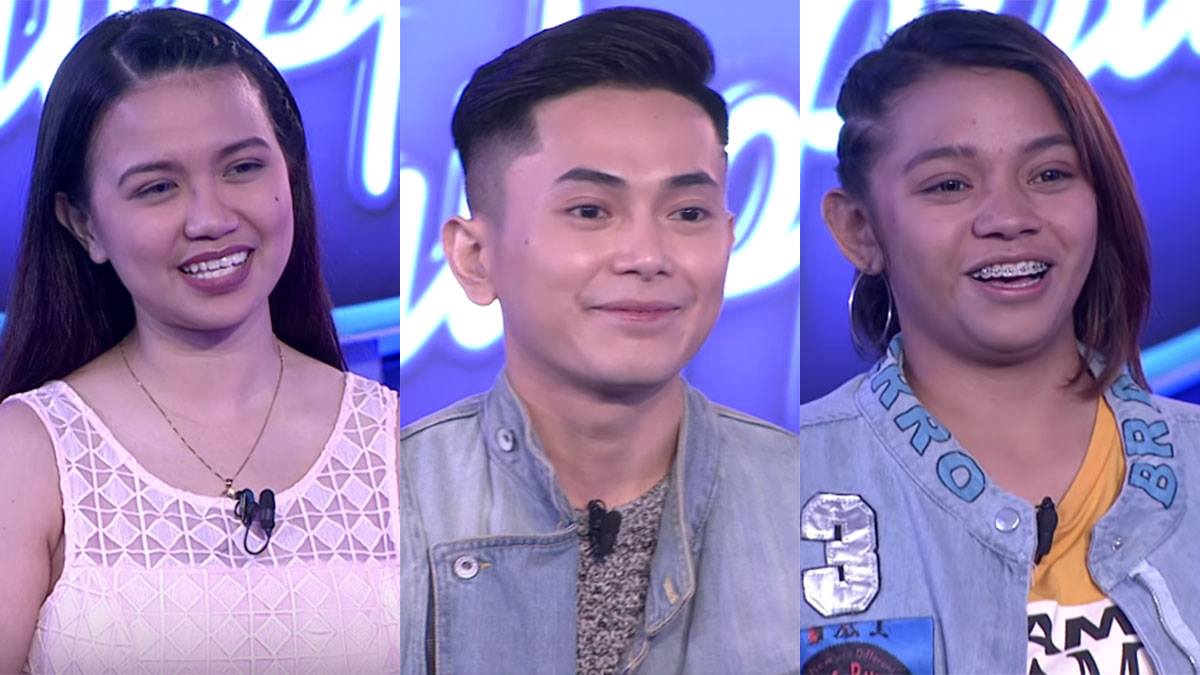 Trish Bonilla, the daughter of former singer Mau Marcelo, also auditioned for the ABS-CBN reality contest, which was aired on Saturday, April 27.

Mau is the winner of the first Pinoy Idol franchise, Philippine Idol, aired on ABC-5 in 2006.

Twenty-four-year-old Kier King, who formerly used the screen name Ralf King, was a member of GMA-7's One Up.

Prior to becoming a member of One Up, Kier won the second season of Popstar Kids, a singing competition aired on GMA-7's defunct sister QTV, in 2007.

Regine was one of the judges seated during Kier's Idol Philippines audition. However, she did not bring this up during the audition.

Kier's rendition of "You Are The Reason" by Calum Scott earned him four "YES" votes from the judges.

Twenty-six-year-old Alyssa Quijano first joined televised singing contests in 2009, via GMA-7's Are You The Next Big Star? This Kapuso singing competition was also hosted by Regine Velasquez. However, Alyssa only made it to the Top 40.

In 2012, she auditioned for ABS-CBN's X Factor Philippines, where she became a part of the group A.K.A. Jam.

It was on that show where Alyssa met Jake Zyrus (who used the name Charice Pempengco back then). The two became a couple for four years.

During her Idol Philippines audition, Alyssa brought along her new boyfriend.

In the interview part, Alyssa told the judges that she is currently finishing her Medical Technology course, after taking a break for several years.

Alyssa then performed her rendition of Regine Velasquez's "Araw Gabi."

Alyssa was also granted her ticket to Idol City.

Trish Bonilla, 16, is the daughter of former singer Mau Marcelo.

In 2006, Mau won the first franchise of Idol in the Philippines. Titled Philippine Idol, it was hosted by Ryan Agoncillo with Ryan Cayabyab as one of the judges.

Mau also joined the 2003 contest Star For A Night, aired on IBC-13 with Regine Velasquez as judge. Sarah Geronimo won the competition.

In December 2007, Mau was part of Asian Idol, held in Jakarta, Indonesia.

Asian Idol gathered the winners of Idol franchises across Asia. However, she lost to Hady Mirza of Singapore Idol.

During Trish's audition for Idol Philippines, she told the judges that Mau used to stop her from joining contests.

Trish's rendition of "Sirena" earned her four "YES" votes from the judges.