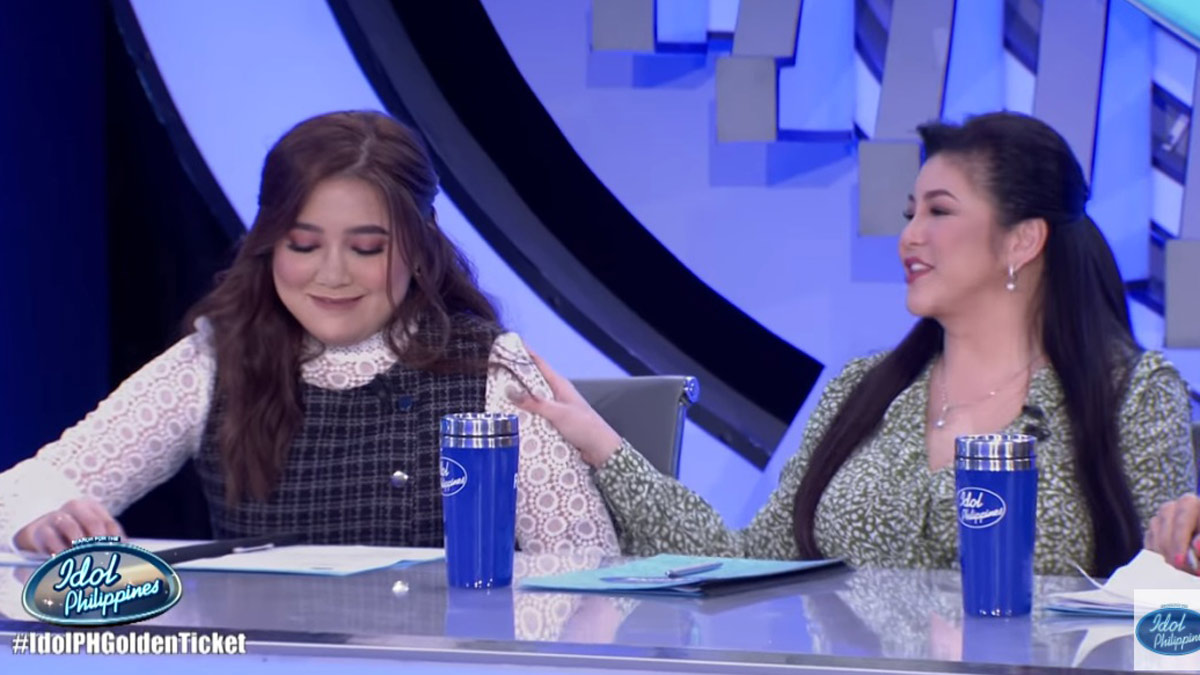 Regine Velasquez (right) and Moira Dela Torre (left) had clashing opinions during the May 5 episode of Idol Philippines.

Regine Velasquez and Moira Dela Torre became viral after expressing clashing opinions during the May 5 episode of Idol Philippines.

It all started when they listened to Idol aspirant Leann Ganzon play the guitar as she sang an original song titled "Karagatan."

Regine said that Lean has an "airy" style of singing that has the "same sound" as other singers.

Asia's Songbird then paused before continuing:

“My problem is, you guys have the same sound to me. I know that it’s current but you sound the same and the thing is, I know you’re making the sound, it’s not something you’re born with. You make the sound. It’s the tone that you make.

"As I was explaining to Moira, it comes naturally for some people like her [pointing at Moira], but for some, it's not."

Moira took the opportunity to remind Regine how her own style of singing became popular.

Regine explained, “No, no. I’m not talking about the genre, it’s the voice. It's the singing style, the way you curl your tongue when you sing and you make it airy and it's all the same.”

Moira later told Leann: "I want to say yes to you. There are gonna be people who appreciate you and may mga tao rin na hindi [pointing at Regine]. But whatever sound you decide to go for, make sure na ito talaga yung magpapakita kung sino si Leann."

In the end, Leann got four yes votes from all judges Regine, Moira, Vice Ganda, and James Reid.

Through their Twitter accounts, Regine and Moira cleared that there was no bad blood between them. 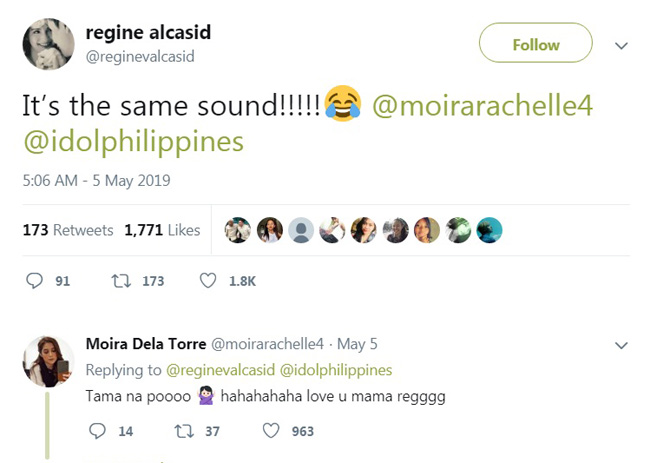