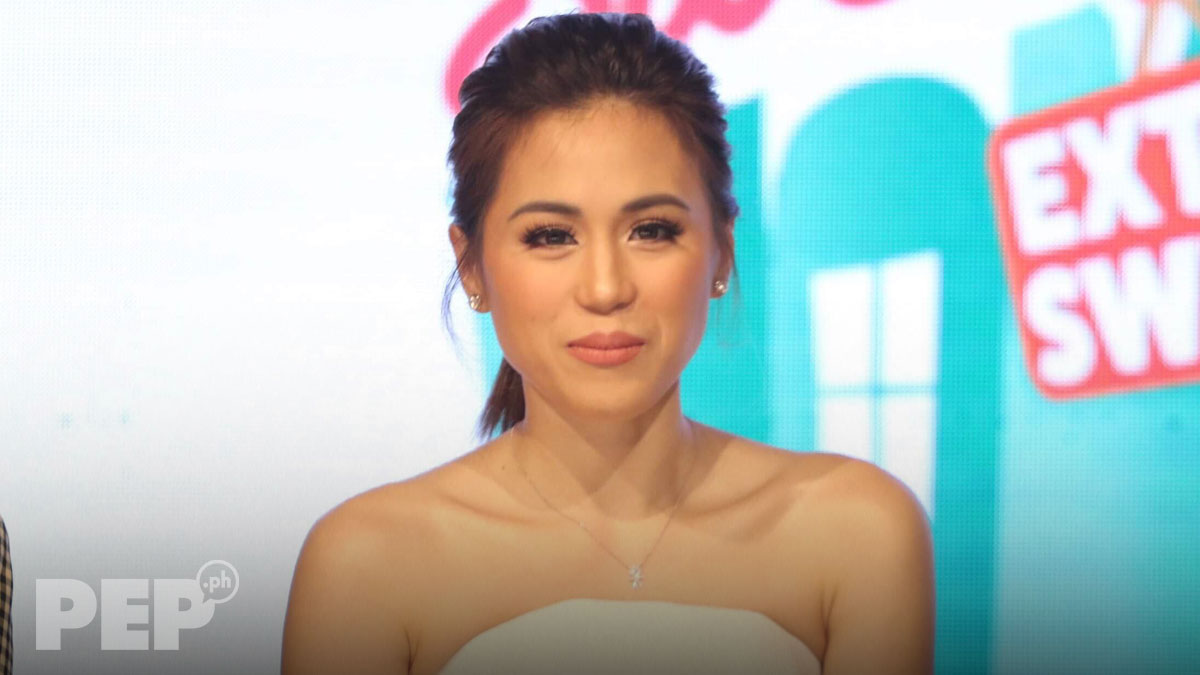 Toni Gonzaga admitted that she was already prepared that her sitcom, Home Sweetie Home, would get axed.

According to the ABS-CBN actress, she prepared herself when their program faced a "big challenge," which she did not specify.

However, it is public knowledge that the show was rumored to end when Toni's partner, John Lloyd Cruz, decided to take an indefinite leave from showbiz in 2017.

PEP.ph (Philippine Entertainment Portal) asked Toni how she feels about the new format of Home Sweetie Home during its press conference held yesterday, May 16, at Dolphy Theater.

This is why Toni is happy that ABS-CBN decided to reformat the show to Home Sweetie Home: Extra Sweet, featuring a new set and introducing new characters.

"So, siyempre nagulat ka kasi you're prepared to let go of something that has been a part of your life for four years, five years.

It was in January 2014 when Home Sweetie Home started airing on ABS-CBN's Saturday prime-time block, with Toni and John Lloyd as the lead stars.

In 2017, things changed when John Lloyd decided to take a leave from showbiz, prompting him to leave the show.

While everyone thought that the show might get axed, ABS-CBN added new cast members such as Rufa Mae Quinto, Ogie Alcasid, Empoy Marquez, Jameson Blake, and Piolo Pascual.

In October 2018, Sandy left the show to take a break because of a viral infection. The veteran actress returned to GMA-7 via the teleserye Dahil sa Pag-ibig.

Recently, Piolo had to leave the show because he will study abroad.

This was the time when ABS-CBN staged a reformat for the show, which started airing last May 11. Among the new cast members added to the show are Alex Gonzaga, Rio Locsin, Vhong Navarro, Bayani Agbayani, and Luis Manzano.

Toni, Miles, and Clarence are the only three cast members retained from the original lineup.

Toni admitted that there's a part of her that felt sad with these developments, especially since she won't be working anymore with the people she used to be with in the show.

"There's a big part of you na hindi mawawala yun, yung may lungkot.

"You are an employee who is given a task, given a job, and your job is to perform."

Toni remains positive and looks forward to the new family she will build in the new Home Sweetie Home.

She continued, "So, of course with a heavy heart, we close that chapter. But with a hopeful heart again, I'm very happy, I'm looking forward and I’m grateful for this new family na nabuo namin ngayon.