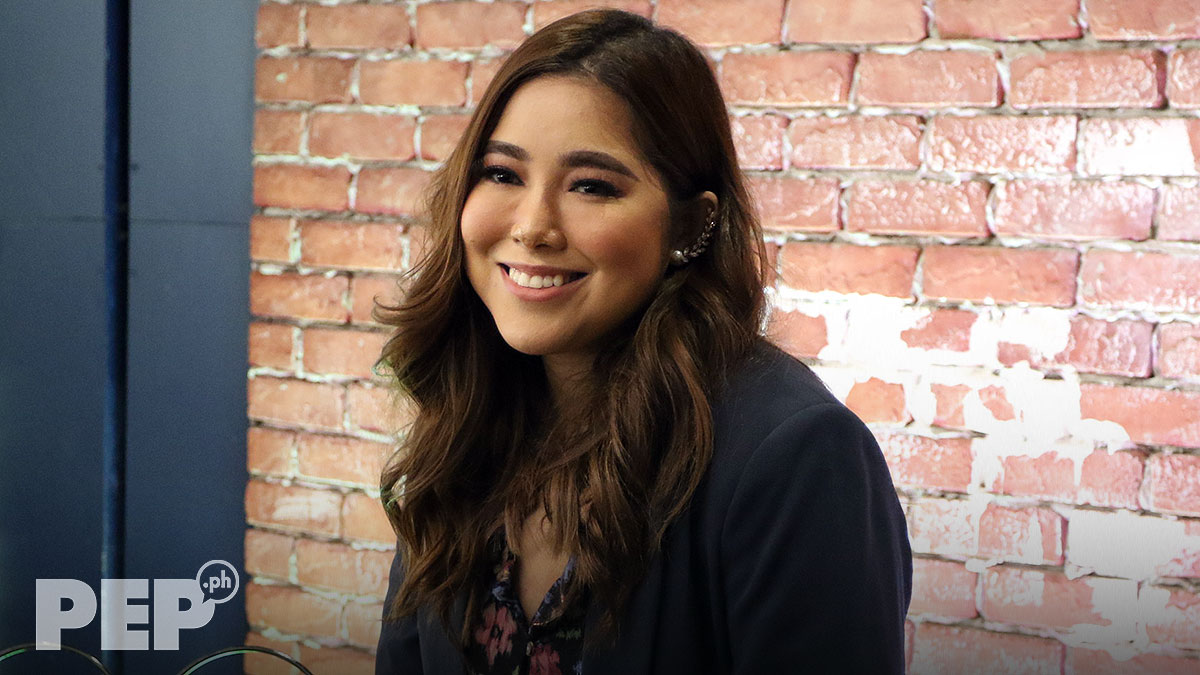 Moira dela Torre admits she felt hurt by the bashing she received as a judge of Idol Philippines.
PHOTO/S: Noel Orsal

Moira dela Torre admitted that she feels hurt by the bashing she receives as a judge of Idol Philippines.

Still, the singer is unfazed by these comments especially since it was ABS-CBN management and Idol franchise owner Fremantle Media that chose her to join Regine Velasquez, Vice Ganda, and James Reid as judges.

Moira talked to PEP.ph (Philippine Entertainment Portal) and other bloggers regarding this issue during her May 17 solo blogcon held at the Cornerstone Studio in Quezon City.

She said, "They'll always be entitled to their own opinion. For me, alam ko po sa sarili ko na Fremantle and ABS-CBN Management chose me, gave me this position.

"But, at the end of the day, it was my listeners who placed me in this kind of position and you know what, there will be people who won't like me but there are people who still like me.

"As long as I know people love me, I'm credible to be there."

In Idol Philippines, Moira was already embroiled in two instances that became controversial.

The first was during the show's May 5 episode, where she and Regine had clashing opinions regarding singers who have the "same sound."

The next happened in the May 12 episode when netizens and some OPM singers became upset when reggae singer Luke Baylon did not pass the auditions.

Moira, James, and Vice, who said no to Luke's performance, incurred the wrath of netizens who said that they did not deserve to be judges of Idol Philippines.

When PEP.ph asked her about this, Moira first quipped, "At least nagba-viral!"

She then admitted, "Well, siyempre, masakit. But this isn't my first time being bashed.

"It hurts, honestly, and it's not okay. I want to say kebs lang, okay lang, i-ignore mo lang like everyone else kasi lahat naman diyan sa ABS, nababash!

"But at the end of the day, constructive criticism should build people up and inspire, not bring them down. And there are so many unnecessary comments."

Moira admitted that she has room for growth as a judge.

She continued, "I take constructive criticism to heart and alam ko naman po, aminado naman ako na I have so much to improve more.

"But I'm improving, I know I'm gonna get better, but I know that in the last 11 years in the industry, I deserve my spot."

Moira stood by her decision to say no to reggae singer Luke Baylon even though she has been criticized heavily for this.

She said about this, "You know, he's great, he's a great singer. He's such a great artist.

"But noong auditions po kasi, I really, really liked him, but I just feel like ang dami pa po kasing contestants, ang dami pa, and a lot of the opinions online, it's like si Luke na yung last.

"You know, they're entitled to their own opinions but hindi naman nila nakikita yung nangyayari behind the camera.

"Luke was great but I know that he's gonna have his own moment.

Moira was talking about her fate during the first season of The Voice of the Philippines, where she failed to pass the Battle Rounds. Black Eyed Peas’ member Apl.de.ap chose Penelope Matanguihan, which led to Moira's elimination from The Voice PH.

Moira continued, "God has different ways of telling our stories and that was what? Five, six years ago already, and ngayon lang nag-boom yung career ko and I really believe that Luke has his own story to tell."

Moira admitted that she also had doubts when the post of being an Idol judge was first offered to her.

She revealed, "Noong kinausap po ako ni Miss Cory Vidanes and ni Ate Vice to be one of the judges for Idol Philippines, nangatog po ako kasi yung pressure na yun, they're giving you such a great gift, but I've always been shy.

Despite these harsh comments, it never crossed Moira's mind to give up her slot as a judge.

"And now all of a sudden for some reason, nangyari lahat ng ito tapos yung next album ko is titled Braver.

"Pero at the end of the day, God works altogether for the good and it really did work for the better."

One proof of this is her relationship with Regine, James, and Vice.

"But at the end of every taping, they always never cease to encourage me and James, most especially. Lagi nila kami pinupush, ina-appreciate, and parang hindi sila, if there's anyone to listen to, it's Vice and Regine and James.

"But they never made us feel that hierarchy, they've always make us feel like we're welcome, our opinions our welcome, our judging is valid and needed.

"It's that fun now and we're just having so much fun na na-a-attach na kami sa contestants.

"They all have great hearts—to the judges to the staff to the contestants. It's an amazing set."

Moira's press conference celebrated her recent success as the first Filipino to be awarded as the most-streamed local artist of 2019 on Spotify.

The music video of Moira's song, "Tagpuan," also won the Mellow Music Video of the Year award in the recently-concluded MYX Music Awards 2019. The music video was directed by John Prats and it showed the actual footage of Jason Hernandez proposing to Moira.

Her collaboration with December Avenue for "Kung Di Rin Lang Ikaw" was also hailed as the Collaboration for the Year in the same award-giving body.

At present, Moira is finishing her Braver album, and preparing for her major concert at the Araneta Coliseum this August 2019. 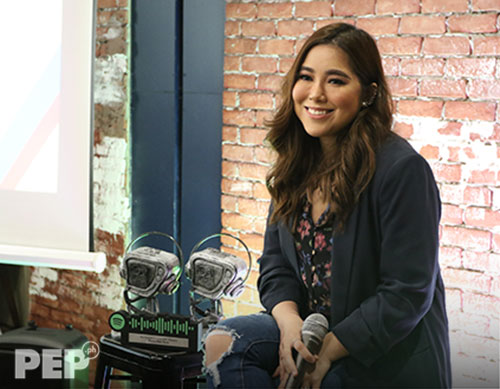