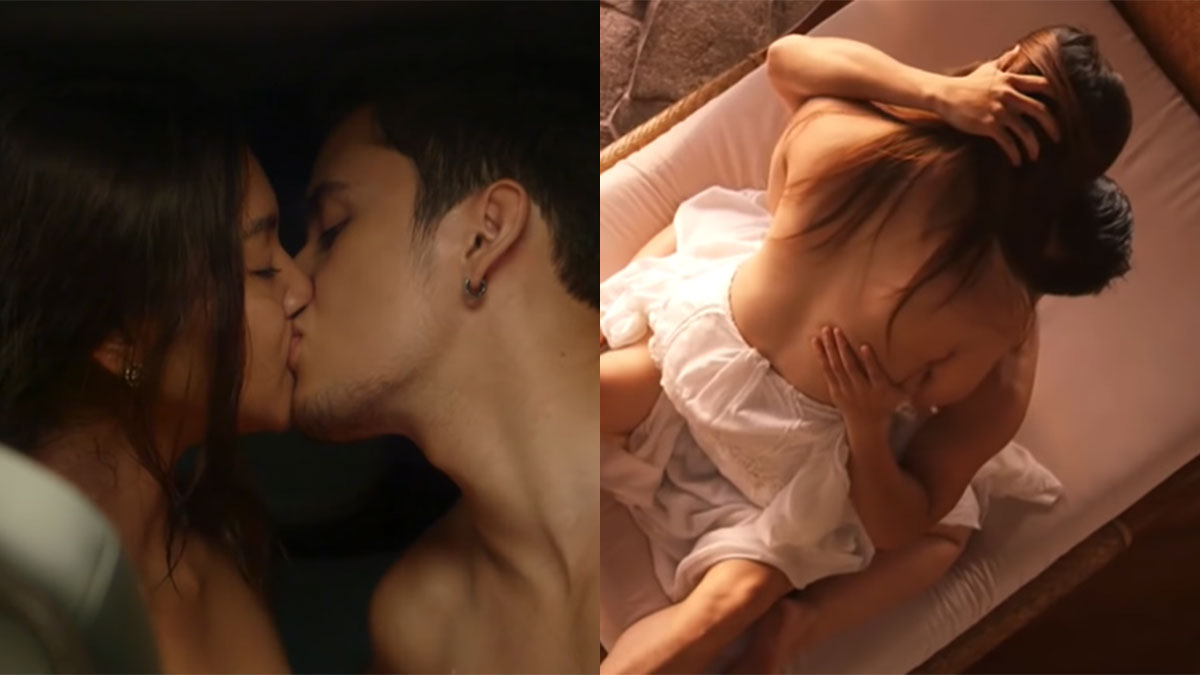 ABS-CBN drama shows have some portions that can excite viewers, especially mature ones.

Aside from featuring a star-studded cast or an intriguing storyline, an ABS-CBN drama show could attract audiences for its sexy and steamy love scenes.

Through the years (with MTRCB's SPG rating aside), we’ve seen a lot of ABS-CBN drama shows with sexy bed scenes that made our temperatures rise and made our hearts beat faster as our eyes stayed glued on the screen.

Below, PEP.ph (Philippine Entertainment Portal) takes a trip down memory lane by ranking the hottest love scenes ever featured on a Kapamilya teleserye.

Could you imagine the prim and proper Isabelle Daza doing a love scene?

Yes, it happened all thanks to ABS-CBN drama, Tubig at Langis. It's so memorable that we have to include it in this PEP.ph list.

In this particular scene, a drunken Natoy (Zanjoe) went to Clara's (Isabelle Daza) house one night to open up about his problems.

The steamy sex scene of the two is interspersed with images of an open fire and that of a clay-cooking pot that has reached its boiling point.

The silhouette of Zanjoe is seen kissing the bosom of Isabelle as he commits infidelity.

Cristine Reyes proved that she is really Kapamilya hot stuff when she top-billed the ABS-CBN drama Eva Fonda, a remake of the 1976 film Mrs. Eva Fonda, 16 starring Alma Moreno.

In the scene, Eva (Cristine) and Joel (Jason Abalos) were inside a hotel room, possibly rekindling a romance they once had in the past, as Joel confessed that he still loves Eva.

Eva, who was married to a Japanese, admitted that she still loves Joel.

The two kissed each other and started making love, but the momentum was interrupted by a commercial break.

What made Cristine's love scene with Jason sexier was the fact that Eva appeared both sensual and innocent at the same time.

This Sam Milby–Jericho Rosales–Yen Santos-Yam Concepcion teleserye wouldn't be a hot trending topic for nothing.

Audiences got hooked not only with the show’s exciting plot, but also with its intimate scenes featuring the complicated couples.

Probably one of the most sizzling episodes of this ABS-CBN drama was when Ace (Sam) had a wild wet dream about his ex-girlfriend, Jade (Yam), while he is beside his wife, Jacky (Yen).

The scene involved a steamy point-of-view shot of Jade while she's on top of Ace. Talk about being a girl on top!

This ABS-CBN drama on the Kapamilya Gold afternoon block surely made daytime hotter when it aired in 2014.

It tackled the story of Ayla (Meg Imperial), a woman who has hypertrichosis or an abnormal amount of hair growth. In the story, she can only shave her hair when the moon rises, but the hair would return the next morning.

The twist in the story was that Ayla actually belonged to a family of werewolves.

She then falls in love with a doctor named Jeff (JC De Vera).

Aside from the interesting werewolf plot, what made viewers more curious about Moon of Desire was when the "Dreams and Nightmares" episode came out.

The SPG-loving public eye couldn’t get enough of Ayla and Jeff’s intimate shower scene where he suddenly entered the bathroom while Ayla was taking a bath.

He took off his shirt and started kissing Ayla.

Ayla and Jeff took their intimacy out of the bathroom and transferred to the bed, only for Jeff to see a hairy version of Ayla.

And the spoiler? Everything was just Ayla's dream.

Another day, another ABS-CBN drama featuring a rainy night as the backdrop for sexytime in this 2015 local adaptation of the Latin drama Pasion de Amor.

Well, we can’t blame Arci Munoz and Jake Cuenca’s characters if they want to heat things up because of the cold. Human blanket, anyone?

Being stuck on the island for months, it’s no surprise that sexual tension between the two happened.

And really, who could resist a topless Matteo and Jessy's wetlook? The foreplay in this ABS-CBN drama is just A+.

However, emotions were also focused in this love scene when Yanie shed a tear, knowing that once they are rescued, Brennan has to go back to his life as a husband to Megan (Jewel Mische).

Here’s another ABS-CBN drama that didn’t shy away from depicting an ultra-sexy shower scene.

What started as a harmless bath ended up being one of the hottest love scenes done by the two artists in their respective careers.

During its run, ABS-CBN drama Magpahanggang Wakas had a lot of sizzling scenes.

But it was the shower action between Arci Muñoz and John Estrada that really stood out, which even became a trending topic on Twitter.

Viewers were treated to a whole montage of night-long lovemaking when Aryann (Arci) and Tristan (John) did the deed from the swimming pool to the shower to the bed in their room.

The ABS-CBN drama All of Me didn’t just feature one lovemaking scene—it showed two steamy moments between Manuel (played by Albert Martinez) and Lena (Yen Santos). The love scenes happened in a boat and inside the hut they were staying in.

We should also commend the cinematography while they are having their moments—just look at that sunset!

Fresh from their adorable Kapamilya drama On The Wings Of Love, James Reid and Nadine Lustre leveled it up in their next teleserye, 2016’s Till I Met You, their first series as a real-life couple.

In one episode, Basti (James) and Iris (Nadine) cozy it up while inside the car while rain is pouring outside. It was the first sensual scene of the JaDine love team for a project.

This scene caught the attention of the MTRCB and representatives from ABS-CBN were even called for a meeting.

This 2017 ABS-CBN drama started with, well, a literal bang.

What was supposed to be just a wholesome early dinner between Bianca (Denise Laurel) and Marco (Carlo Aquino) turned into one full make-out session.

In fact, it’s so sexy that then-MTRCB board member Mocha Uson published a blog that roasted the Kapamilya network and some MTRCB members about the bed scene.