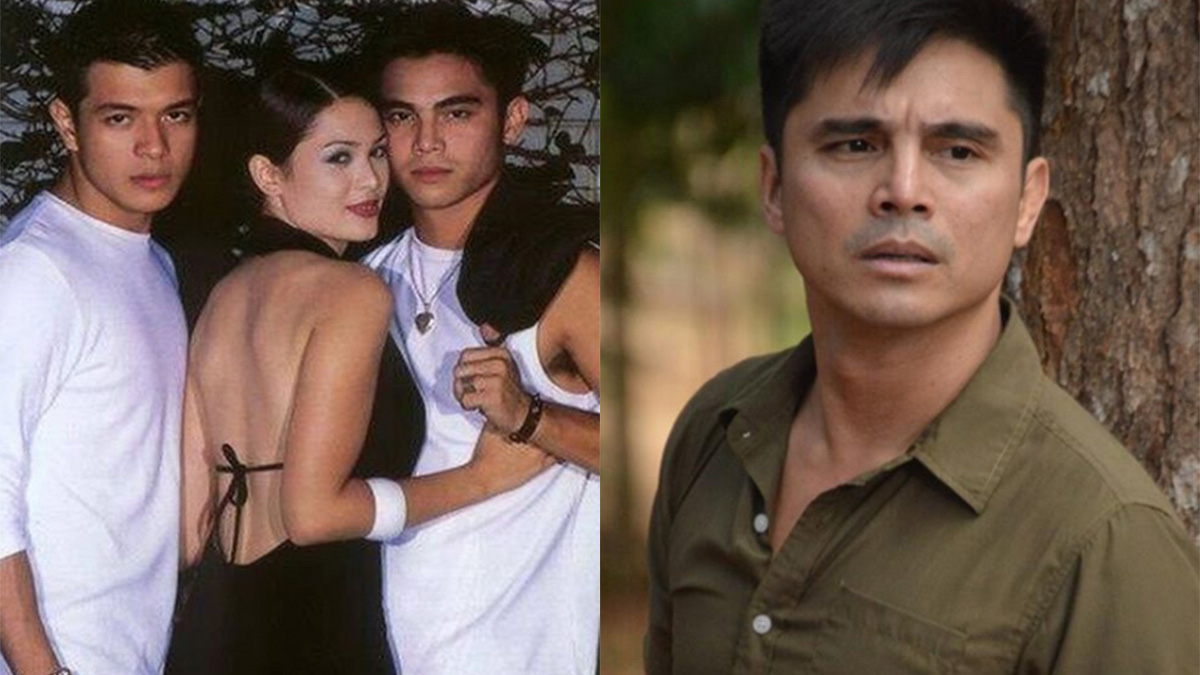 GMA-7 actor Marvin Agustin took a trip down memory lane when he posted an old photo with ABS-CBN co-stars Kristine Hermosa and Jericho Rosales on Instagram on Thursday, May 23.

The photo seemed to be from one of the Star Magic catalogue shoots from the early 2000s, as they are all considered as prime actors of ABS-CBN's talent arm.

Marvin only wrote in his caption, "Nakampuch! [black heart emoji]"

As of this writing, Marvin's post has already received more than 9K likes.

Marvin worked with Jericho and Kristine in several Kapamilya projects from the '90s to the early 2000s.

Marvin and Kristine first worked together in the 1998 miniseries Sa Sandaling Kailangan Mo Ako, where they played a couple.

They also worked together in the 1999 movie Gimik: The Reunion.

In 2001, Marvin, Kristine, and Jericho worked together in the film Trip. Back then, Kristine and Jericho were already paired in the phenomenal TV series Pangako Sa 'Yo.

They also top-billed the prime-time series Sana'y Wala Nang Wakas in 2003. Kristine and Jericho played the main leads, while Marvin was paired with Kaye Abad as second leads.

Marvin is also one of the former Kapamilya actors who showed appreciation for ABS-CBN in time for its 65th anniversary.

It was in 1996 when Marvin started his career in showbiz when he was introduced as a member of Star Circle Batch Two. He was then included in the youth-oriented series Gimik, where his love team with Jolina Magdangal was first introduced.

In 1998, Marvin was given a big break when he top-billed the miniseries Sa Sandaling Kailangan Mo Ako, which ran for two books. He also starred in the movie Labs Kita, Okey Ka Lang? with Jolina

This was followed by several movies and TV shows.

In 2005, Marvin decided to leave Star Magic to transfer to GMA-7, where he did several TV projects as an actor and as host.

After almost 10 years, in 2014, Marvin returned to ABS-CBN to star in the afternoon series Flordeliza with his perennial onscreen partner, Jolina Magdangal.

In 2017, Marvin returned to GMA-7 as freelance actor and did the series Kambal, Karibal.