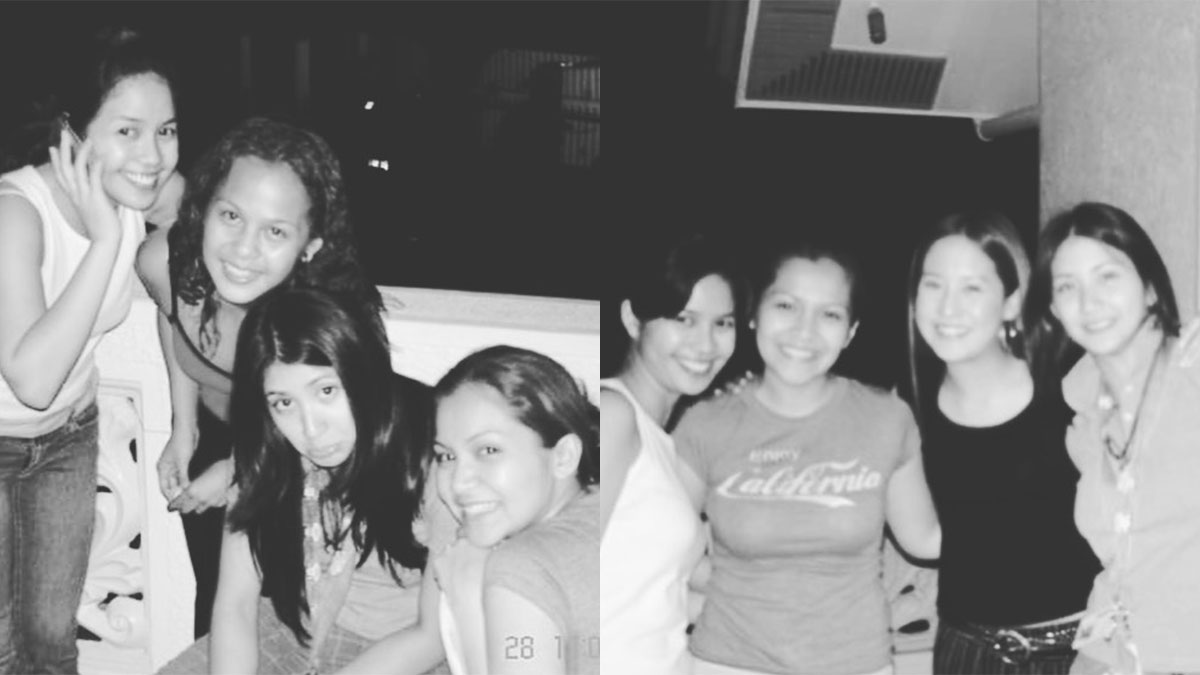 Carol Banawa admits that she misses her showbiz friends Kaye Abad, Nikki Valdez, Rica Peralejo, and Jolina Magdangal. Carol recently posted throwback photos with them during her 2006 visit to the Philippines.
PHOTO/S: @iamcarolbanawa on Instagram

Carol Banawa admits that she is missing her life in the Philippines and her friends in showbiz.

Carol wrote in her caption that the photo was taken in 2006, when she visited the Philippines three years after leaving showbiz and migrating to the United States in 2003.

Carol used to work with these actresses in the ABS-CBN TV shows Ang TV, Kaybol, and ASAP. 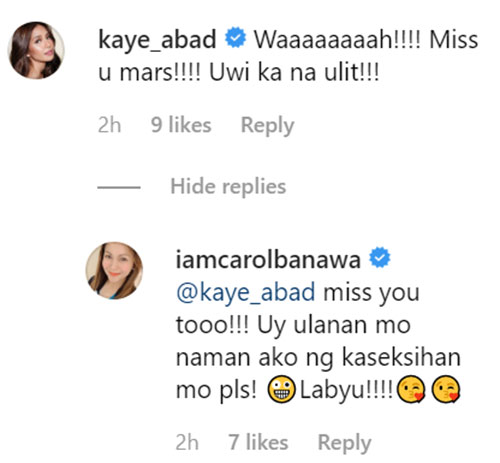 Carol is known to be best friends with Kaye.

Kaye was even tapped to portray Carol when the former's life story was featured in an episode of Maalaala Mo Kaya.

At the time of Carol's 2006 visit, Jolina was already with GMA-7, while Kaye, Nikki, and Rica were still with ABS-CBN.

During her 2006 visit in the Philippines, Carol was able to do a guest appearance in ASAP, when the group ASAP Champions performed her hits such as "Iingatan Ka," "Ocean Deep," "Langit na Bituin," and "Stay."

Her last visit to the Philippines was in 2010. Back then, she did an album, and performed the theme songs of Kapamilya shows Maalaala Mo Kaya and Mara Clara.

Carol had been a licensed practical nurse in the United States.

In July 2018, she revealed in an Instagram post that she received an offer to do a musical drama in the Philippines, but she declined the offer, as she was busy preparing for her board exams.

Carol is now an OR registered nurse since July 2018.

A homegrown Kapamilya, Carol also showed her appreciation to ABS-CBN on its 65th year on television.

She wrote on her Instagram post, "A Kapamilya since I was 13 years old (1994) and still a loyal kapamilya by heart. Will always be grateful. Happy 65 years!"