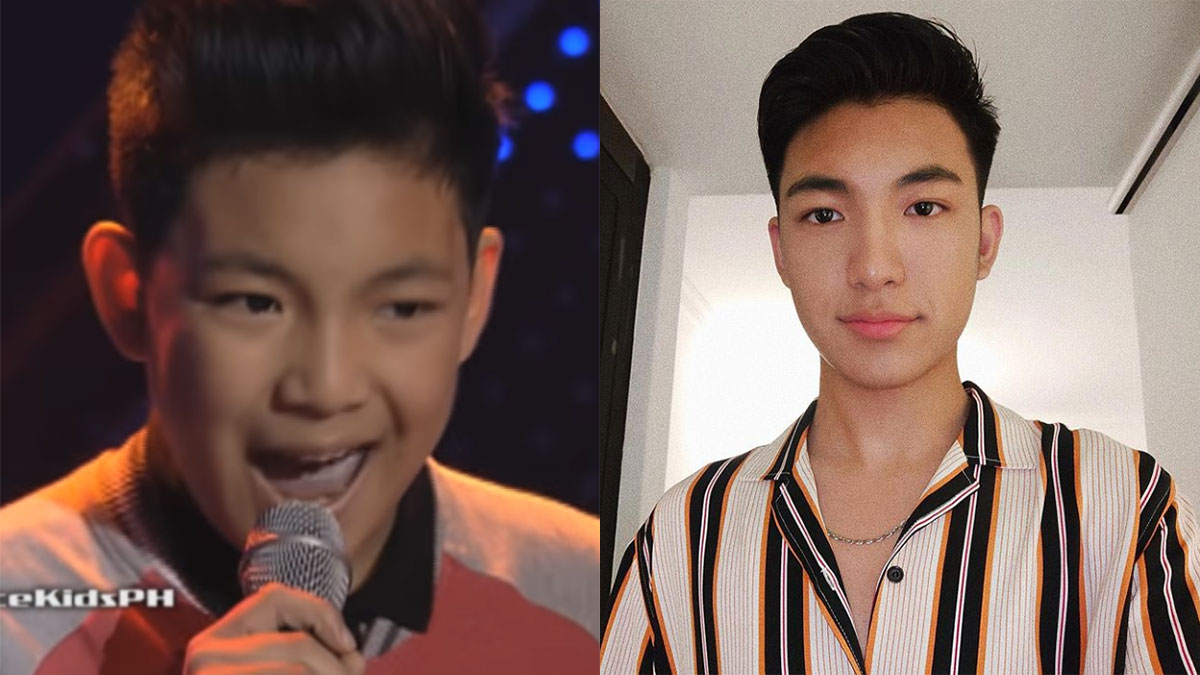 Darren Espanto recalls his blind audition for The Voice Kids in 2014 as he celebrates his fifth year in showbiz.
PHOTO/S: @darrenespanto on Instagram

Darren Espanto is celebrating his fifth year in showbiz this June 2019.

On June 1, feeling grateful, Darren posted on Instagram his blind audition video for The Voice Kids.

His audition aired on television exactly to the day five years ago, the first season of The Voice Kids in 2014.

In his caption, Darren wrote, "June 1st, 2014...5 years ago, my blind audition on The Voice Kids Season 1 was aired. Back then, I didn’t know how much of an impact it would make to my life.

"Fast forward to today and here I am living my dream. I have all these amazing supporters, The Darrenatics, who have become family. A family that has grown over the years."

He continued, "THANK YOU for STAYING with me. Thank you for the sleepless nights you guys put in to vote for me whenever I am nominated. For spending your hard earned money on tickets to my shows that you could have used for yourself. For traveling from far places just to see me perform. For defending me always.

"Your efforts are out of this world and will never go unnoticed. I appreciate each and every one of you and I couldn’t ask for more.

"Grabe, thank you for making my dreams a reality! Y’all inspire me to do better. I don’t know what I did to deserve all your love. HAPPY 5th YEAR ANNIVERSARY #DARRENATICS!"

In that first season of The Voice Kids, Darren placed first runner-up.

The grand winner of their batch was Lyca Gairanod.

Lyca and Darren were mentored by the same coach—Sarah Geronimo.

After three years, The Voice Kids is set to make a comeback on television this 2019.

ABS-CBN's nationwide auditions Star Hunt has been continuously searching for The Voice Kids hopefuls since 2018.

On May 23, ABS-CBN formally announced The Voice Kids's comeback when it launched an online teaser encouraging hopefuls to submit audition pieces.

The Voice coach Lea Salonga also reposted the teaser with her caption, "So, mga bulilit, do you have what it takes?"

On Friday, May 31, Sarah Geronimo confirmed to ABS-CBN News that she would also be returning as a coach of The Voice Kids.