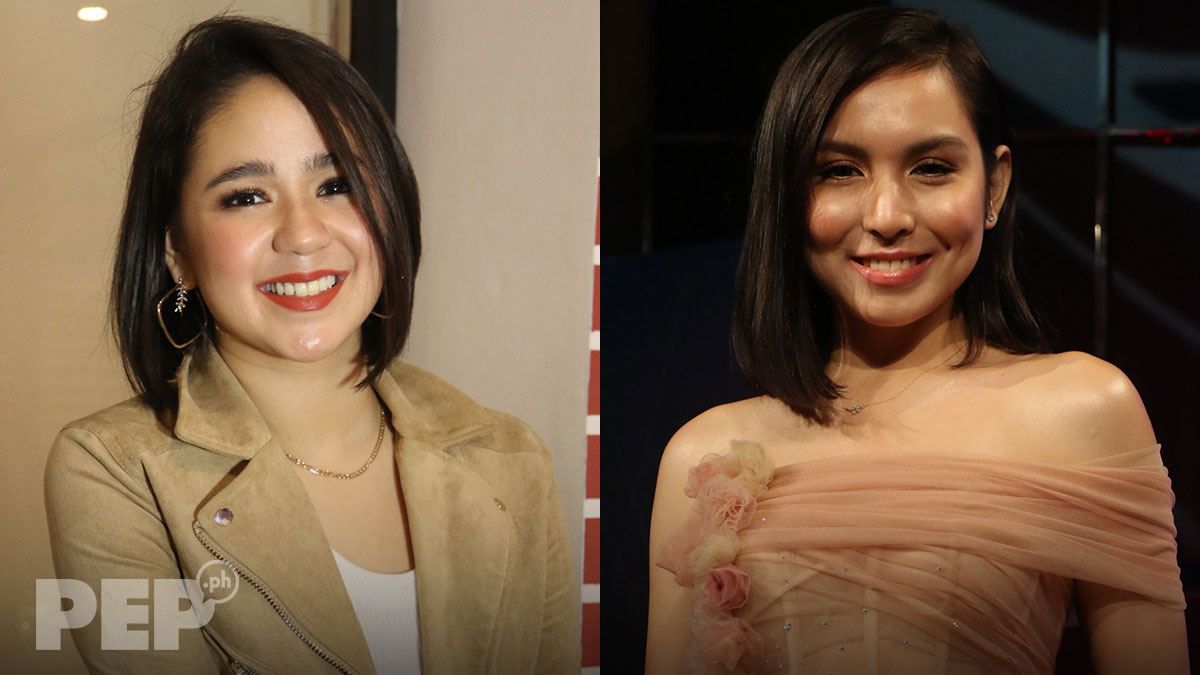 Mikee Quintos and Kyline Alcantara have a positive feeling about the latest developments in their show, Studio 7.

She told PEP.ph (Philippine Entertainment Portal) and other reporters during the June 11 press conference of her upcoming concert Revelation, she was not aware about Studio 7's extended time.

"I'm excited! E, di more chances to have guests and regular artists show off what we can do."

She told PEP.ph at the press conference of StarStruck last June 10, "Of course, it's a new audience for us kasi every Saturday na siya, and mas late na siya."

She said there will be new additions to the Studio 7 cast: Rita Daniela and Ken Chan, more popularly known as BoBrey in the series My Special Tatay.

MIKEE, KYLINE SURPRISED BY THE CHANGE

According to Kyline, they were informed about the change a few weeks before the announcement.

Kyline admitted though that she and her other castmates initially got worried.

She also clarified that Studio 7 is just changing its time and day, but will not undergo a reformat.

For Mikee, she did not feel nervous about the change at all.

"I haven't had the chance to talk about it with the other artists pero ako, personally, kaya yan.

"I trust the director, the artists ng GMA, I trust their talent.

She also wished Studio 7 will stay on air longer with its new time slot.