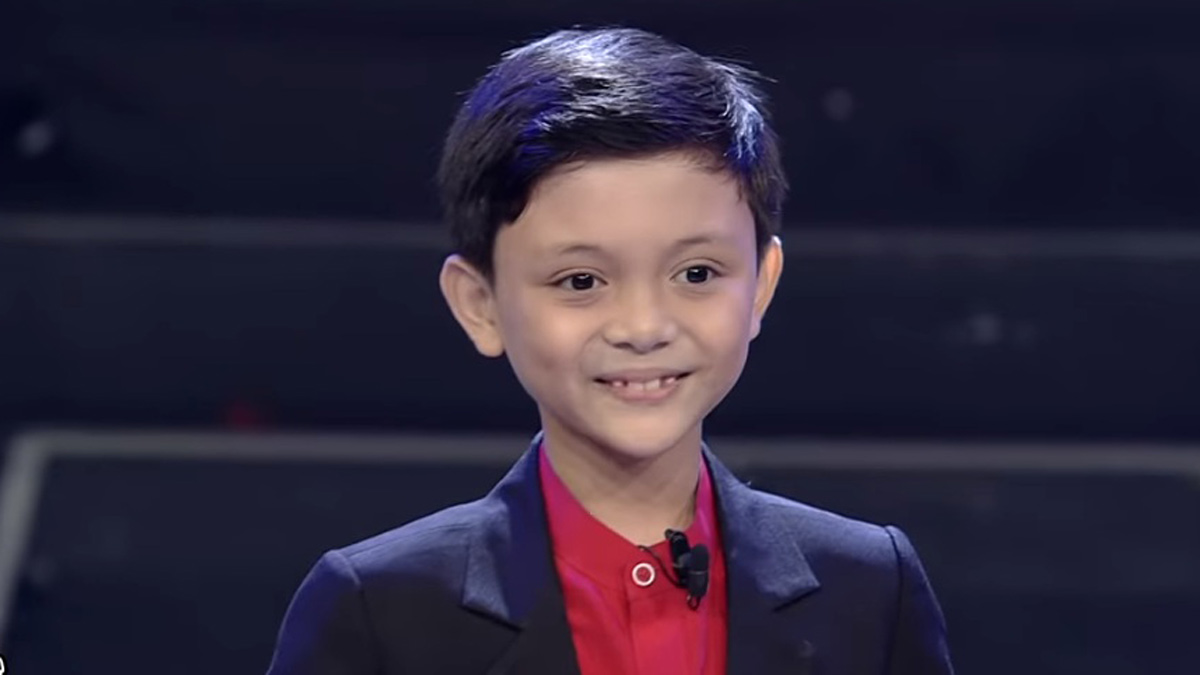 A variety of young kids with different backgrounds auditioned during the August 24 and 25, 2019 episodes of ABS-CBN’s talent competition, The Voice Kids Season 4.

A 12-time grand champion in Bicol, Adah Leosala tried her luck in a competition outside her hometown through The Voice Kids Season 4’s blind auditions. It wasn’t an easy journey for Adah and her mom as the two struggled financially while staying in Adah’s cousin’s house in Quezon City to prepare for the audition. Armed only with P260 pesos, Adah almost had to quit and go back to Bicol until her fan, Benjo Florida, decided to help her. Benjo, who is based in Canada, helped support the 11-year-old aspiring singer.

In the end, Adah picked Sarah because she has been a fan of the singer-actress since she was three years old.

Johnrey Custodio started singing at the age of seven. He admitted that he was already performing for birthday celebrations and in his school in Oriental Mindoro without his parent’s knowledge.

During the blind auditions, Johnrey sang Janine Teñoso’s rendition of “Di Na Muli,” and earned a chair turn from Lea. The singer pressed the red button just in time before his performance ended.

In an interview with coaches, Johnrey mentioned that, aside from singing, he also likes to cook. His favorite dish to make is sinangag. He also helps his mom prepare the Pinoy favorites adobo and tinola. He explained, “Gusto ko po magluto sa isang malaking barko para po makapunta po ako sa iba't ibang lugar.” Lea seemed pleased and excited to know that she now has a little cook in her team.

Eleven-year-old Ken Tindog from General Santos City is not only an aspiring singer, but seems to be dreaming of becoming a comedian as well. He said during his interview, “Ginagaya ko po si Vice [Ganda], at madalas ko po siya gayahin kapag nakikita ko siya sa TV.”

However, behind his jokes and smiles, Ken endured a lot with his single mother while growing up. He started tearing up while talking about his mother’s various jobs, which includes doing the laundry and cleaning houses. He said, “Ginawa pa niyang mangalakal para lang makakain kami.” He emphasized that he wants to do well so they can escape from poverty one day.

Gabby Aromin grew up in South Africa. She is a competitive swimmer and was even enrolled in a lifesaving course at a young age. The 12-year-old aspiring singer can also surf, and even taught her new coach Bamboo the basics of surfing after the latter turned his chair for her. Gabby impressed Bamboo for her performance of Ed Sheeran’s song “Perfect.”

Bamboo said he decided to add Gabby in his team due to the “strength” of her voice. He admitted, “It’s emotional. It wasn't the cleanest... [pero] kaya nga nandito ako. We're gonna make people cry.” Lea revealed, “I came close to turning, but when he turned medyo nagulat na ako… I think [Bamboo] is the right person for you.”

Ian Prelligera of Albay is already a familiar face in the competition because he used to be a contestant of The Voice Kids 3 but failed to make it past the Sing-Offs. Back then, he was part of the team of Sharon Cuneta.

Back in 2017, Ian managed to get three chair turns. This time, all of the coaches also turned their chairs in unison during the first part of his performance of “Buwan” by Juan Karlos. Lea and Bamboo were both surprised to see him since they both encountered him two years ago. Upon turning her chair, Lea shouted, "Oh my god, he's back!" Bamboo commented, “Two years has done you well.” The Broadway actress told him: “Two years [ago], ikaw yung really cute na magaling kumanta, now you're like… there's swag, there's confidence… Kahit high-pressure na situation na ito parang gumanda pa [boses mo.]”

Sarah, who met the 11-year-old Ian for the first time, said, “Ako ngayon lang kita nakita napakingan, I think it's meant to be Ian. Ngayong panahon tayo nagtagpo.” The singer-actress emphasized how they were “fated” to meet, in hopes of getting chosen as Ian’s coach. However, he decided to be part of FamiLea. Lea admitted, “I am stunned. I wanted you two years ago. Now I got you.”

Doll collector Gaea Salipot from Imus, Cavite dedicated her rendition of “Ngayon at Kailanman” to her late grandmother, a huge fan of The Voice Kids who wanted Gaea to join the show.

The 10-year-old girl decided to choose Coach Sarah, stating that it’s because their personalities are similar.

Eleven-year-old Aya Barcenilla from South Cotabato often receives vocal lessons and tips from her dad, a seaman at the United Arab Emirates, and her first music teacher via video calls. Since her father is working abroad, he never had a chance to see his daughter perform on stage. Aya hopes that one day her dreams of becoming a successful singer will come true, so her dad can finally come home and watch her perform live.

Aya chose a rather unique song titled “Ili-ili Tulog Anay” for her blind audition. Lea commented that her voice sounds angelic, but since she’s leaning towards a classical genre, Lea explained that she can’t “be faltering” and “can’t be falling off notes.” For this reason, she feels that Aya is not “ready to take this on, at this stage.” Sarah added, “Kapag talaga classical, ang hirap niyan.”

However, Bamboo decided to take on the challenge of coaching her and even proudly said, “I've been here all week waiting for you. That takes a lot of guts na ginawa mo yun. That's the kind of stuff I like.”

The half-Filipino, half-British Jaycee Wills auditioned with the song “Somewhere Over the Rainbow,” a song performed by actress Judy Garland as Dorothy Gale in the 1939 film The Wizard of Oz. Although she didn’t get any chair turns, the judges still complimented her beauty and voice stating how she looks like a doll and how she can become a better singer by practicing more.

The three judges were delighted when the 7-year-old kid asked if she could hug them one-by-one. Bamboo then concluded their meet-up, “Thank you for coming here and sharing your talent. Thank you for hugging us, we needed that.”

Young talent Shekinah Pacaro got three chair turns when she sang Andra Day’s song “Rise Up.” Lea complimented her song choice by saying, “Beautiful song. I actually already sang this, and it's hard. It's a challenging song to sing. Like going from all the belted stuff na tapos nagfa-falsetto, ang hirap din na mag-shift.” Lea emphasized how she had the same problem before, explaining that because of her experience she can help Shekinah overcome her technical problems.

Shekinah Pacaro then chose to be part of Team Sarah.