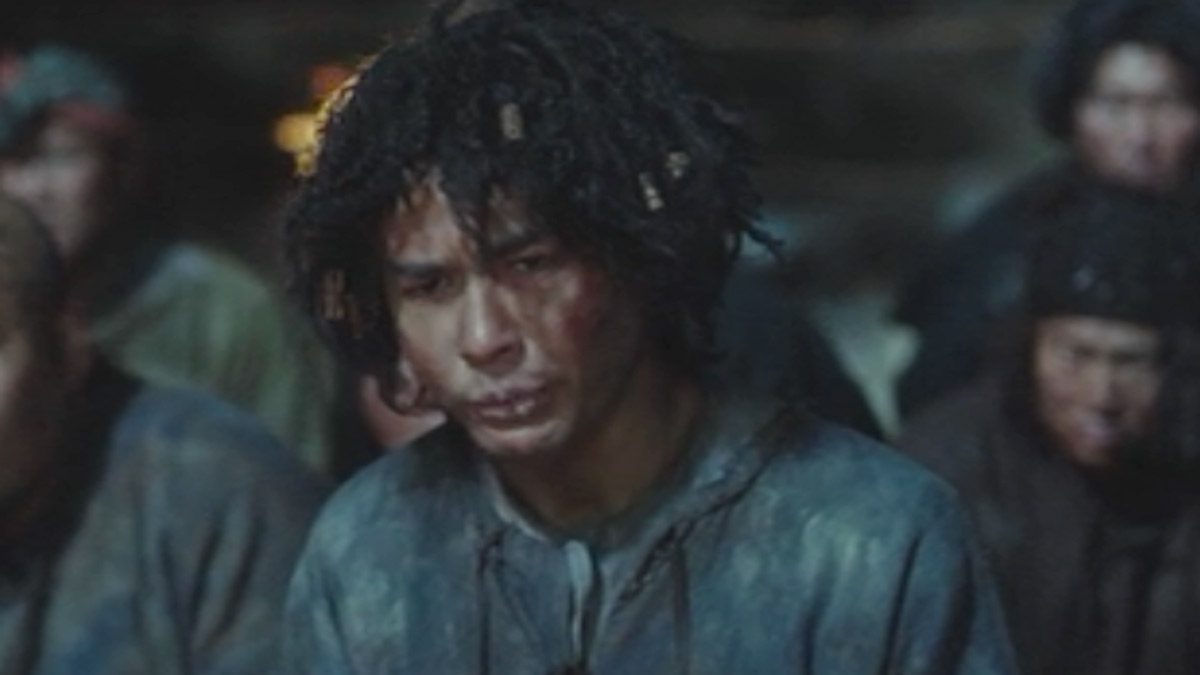 A lot of Filipino viewers were pleasantly surprised when two Philippine languages were featured in the Netflix show Arthdal Chronicles.

In the ninth episode of this Korean drama streaming in Netflix, the Philippine languages Tausug and Yakan were used by some characters.

It is set in a mythical land called Arth where its inhabitants fight against each other for power as they build a new civilization.

Arth is ruled by the Arthdal Union, which enslaved neighboring tribes in the South of their country where the tribes Wabi and Wahan reside.

The ninth episode of Arthdal Chronicles featured several men from the Wahan tribe being held captive.

This is then translated by Teodao, from the Wahan tribe, which means “Can I have something to eat, even just water?”

The character from the Wahan tribe asking for water is played by Filipino filmmaker-actor Nash Ang.

Through his Facebook post, Nash Ang confirmed that his character spoke using the Tausug language, which is used in the province of Sulu in southern Philippines.

Nash wrote: “So some Arthdal Chronicles viewers just noticed that one of indigenous languages from the Philippines is featured in this Korean drama. TAUSUG is one of the languages spoken by Wahan tribe.”

In an interview with the Inquirer, Nash disclosed how he helped the staff of the Arthdal Chronicles to incorporate these lines.

“The production team asked me to translate some dialogues to indigenous languages from the southern part of the Philippines. Some conversations featured Yakan. I had my mother and relatives translate the lines because the conversations are deep.”

Nash Ang previously served as the director and writer of the Cinema One Originals 2014 entry Seoul Mates.

Unlike other cast members who underwent auditions, Nash said he was handpicked to be part of this fantasy series.

“So medyo may kaswertihan tayo diyan kasi na-pinpoint na talaga ako for the historical series. Kailangan nila ng talent from Southeast Asia to help them not just to be an actor, but also to help them research about the language that they will able to use.”

The languages chosen are currently being used in Mindanao. Yakan is used in Basilan while Tausug is the regional language spoken in Sulu.

Although being an actor seems like a glamorous job, Nash went through what he described as “a week-long torture."

"We were filming in winter during the coldest time of the year. We were shooting on the top of the mountain. Temperatures were around -10 Celsius. I’m only wearing slippers.”

In addition to this, water was splashed on his face several times, causing his wig to be frozen solid.

The production team spend around 30 minutes to transform Nash and make him look like a slave in the drama.

It was made sure that everything looked realistic from the actors to the effects, props and set that even the castle in Nash’s picture was real.

“I don’t know and how they made that but it’s definitely not CG!” he said. 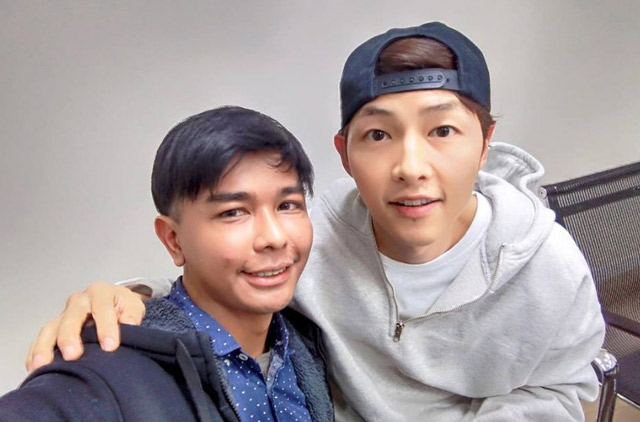 In the Arthdal Chronicles, Song Joong-ki is cast as Eunseom of the Wahan tribe.

Nash was able to work with the Korean actor who is best known for playing Special Forces captain Yoo Shi Jin in Descendants of the Sun.

After observing him during their encounters, Nash described Song Joong-ki as approachable and humble.

They had a closed-door script reading together and they spent a week shooting their scenes at a mountain near North Korea.

After shooting a scene in freezing temperatures, Song Joong-ki handed him a heat pack and praised the Pinoy actor by saying, “You did a great job.”

Nash was unable to express his gratitude right at that moment.

The following day, Nash was at the tent where producers and fellow actors were having dinner. When Song Joong-ki spotted him, the Korean actor approached Nash to chat with him.

After this encounter, Nash admitted: “I no longer felt shy talking to him. He always says hi and bows first when we meet.”

As a Filipino, Nash proudly said in an interview with Coconuts Manila, “Not only [do] I represent the Philippines in Korean entertainment, I also have the privilege to mingle [with those in the entertainment industry] as friends off-screen. Eating lunch together, chilling out, and playing games
at home. They are also humans with personal lives at the back of the camera.”

Nash has been residing in South Korea since 2012 after receiving a scholarship from the Korea National University of Arts to study film.

He feels that it is important for the Korean entertainment industry to have diversity.

“One of the reasons that I stay here in Korea [is] because [of the] lack of strong Filipino representation on both Korean entertainment and social entrepreneurship.”

Nash believes that the two Philippine languages Tausug and Yakan will be used again in the future because they’re the native languages of the two fictional tribes.

Aside from Arthdal Chronicles, Nash has also worked in other Korean dramas such as The Beauty Inside and The Undateables.

Those who are fans of Blackpink will be thrilled to learn that Jisoo has a cameo in the series. She is cast as Saenare, the love interest of Eunseom’s twin, Saya. 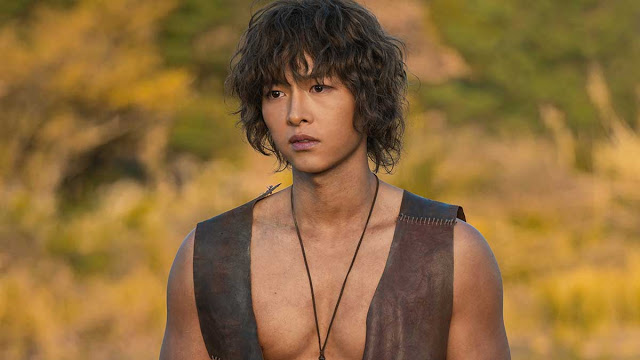