IDOL PHILIPPINES RECAP: Who are the first six Idol finalists to enter Top 12? 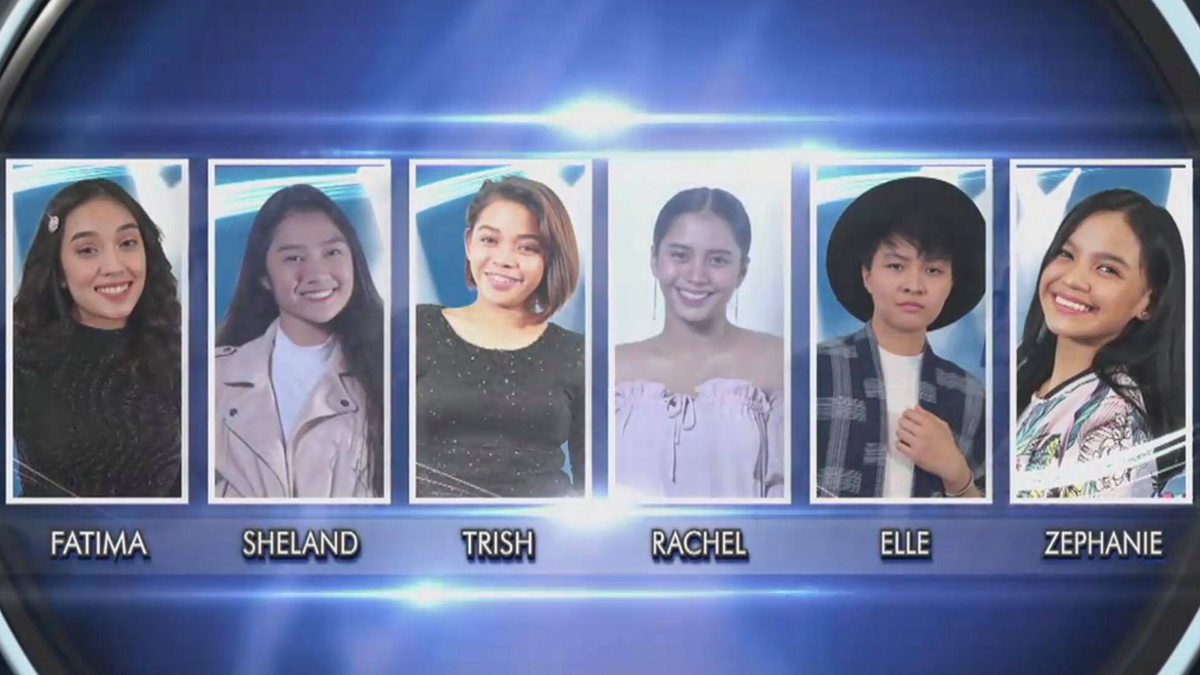 The first half of Idol Philippines' Top 12 finalists have taken their spot for the Live Rounds.

For the June 22 to 23 episodes of the show, the 20 remaining Idol hopefuls performed for the Solo Round of the Idol City competition.

They were given the freedom to choose their song for the Solo Round.

At the end of the episode, six ladies made it to the Top 12 of Idol Philippines.

Here are the first six finalists who will be seen in the Live Rounds of Idol Philippines:

18-year-old Fatima performed Michael Buble's "Feeling Good" for her performance in the Solo Round.

As she performed, James said, "This is the best performance I've seen so far."

Fatima then earned a standing ovation from James, Vice, and Moira.

Regine simply told her, "You belong here. Congratulations, keep it up!"

Before Sheland's performance, Regine noticed that she has a resemblance to James's real-life girlfriend, Nadine Lustre.

During Sheland's Idol journey, she admitted that she is a fan of James.

James then remarked, "I was just about to say, you're very pretty tonight."

Vice asked Sheland to say something to James, but she became shy.

James then told her, "Sheland, I was very impressed you really stepped up, give it your best."

The 17-year-old singer then performed her version of "Clarity" by Zedd.

James commented, "Everytime I watch you perform, you get better and that's very good. Overall, you have something very special in your voice."

Twenty-one-year-old Elle, who is a proud member of the LGBTQ+ community, performed her version of "Ride" by Twenty One Pilots.

Vice was impressed with Elle's performance.

James then pointed out, "For me, I think you have probably the most unique style, which is one of the things at the top of my list.

"It's standing out completely, not just your voice, but the way you perform. Congrats!"

For 16-year-old Zephanie's Solo Round performance, she sang her rendition of "I Believe" by Fantasia Barrino.

Zephanie was then in tears after her performance.

When Regine asked her why, she answered, "Masaya po ako kasi I know na kinanta ko po siya from the heart."

During her audition, Trish said that Mau opposed to the idea of her joining a singing competition.

She then performed "One Night Only" by Jennifer Hudson.

James then commented, "I thought you looked very powerful, which was good.

"Your voice is special, I'm just looking for that performance level."

17-year-old Rachel was the last girl to enter the Top 12 for the Live Rounds.

When she entered the stage, Moira asked, "Are you ready to make this moment your time to shine?"

She then performed Sarah Geronimo's version of "Maybe This Time."

After the performance, Rachel cried, saying that she is happy to finally perform.

For Rachel's performance, James remarked, "I know you came from a girl group. You can dance, you're a good performer.

"For me, I think you could have done more. It's not a song I imagine you to sing."

On June 23, six male hopefuls will complete the Idol Philippines Top 12 before the Live Rounds start on June 29.