PBB OTSO UPDATE: Hasna Cabral gets P239,440 after her eviction 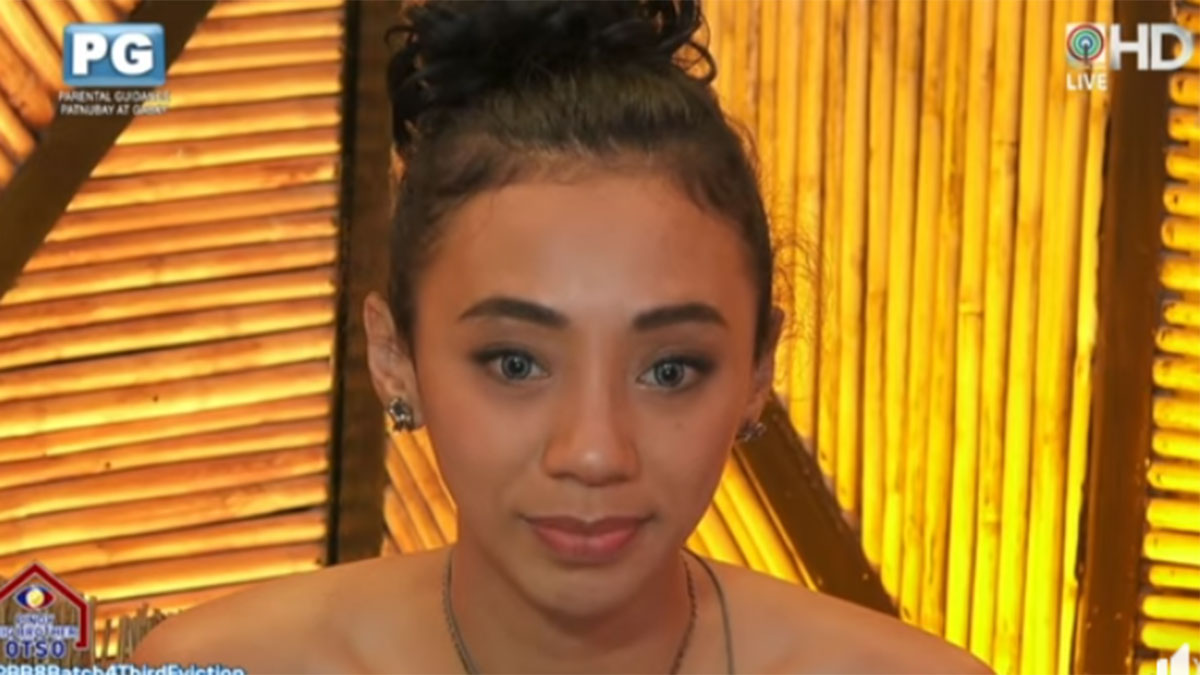 Hasna Cabral is the latest evictee from Batch 4 of Pinoy Big Brother Otso. The Ukay Nanay ng Cavite initially inspired many viewers for taking care of her two special children, but she was still voted out due to her actions in the previous tension-filled weekly task.

All six were nominated after they lost the weekly task, which divided the housemates into teams of three. Hasna, Kiara and Sky were in one team, while Argel, Franki and Wealand were in another team.

At the start of the week, Big Brother told each team that if they win the weekly task, they have to pick four housemates from opposing teams who will be up for eviction. They then had to reveal their choices in front of the housemates, almost like a face-to-face nomination round.

Drama erupted when Kiara revealed that her team had chosen Gino as one of their nominees because Gino was already privileged enough as a businessman so he did not need to win PBB Otso. Gino felt hurt by this mainly because he thought he was close to Kiara, the girl he is attracted to. Gino decided to channel his hurt feelings into the competition.

The goal of the weekly task was to build the highest tower in the pool area using small wooden bricks. Gino’s team had an early lead because he was able to commandeer his teammates to become aggressive in getting most of the bricks. They were then able to build a tall and stable structure easily.

The other teams tried to build towers that were taller than Gino’s, but they keep failing because they had less bricks to use. This made them envious of Gino’s team and they conspired with each other to steal bricks from Gino.

Wealand and Argel went first and got bricks from Gino’s structure while Gino’s team was not in the pool area. They decided to give Hasna and Sky some of the bricks that they stole.

Hasna and Sky then conspired with each other to steal more bricks from Gino’s team. They mentioned that Big Brother did not indicate that it was forbidden to steal bricks, and thus, they assumed that this strategy was allowed. Hasna then walked over to Gino’s tower and took some bricks.

Later on, Gino saw that they were missing some bricks. After confirming that the other teams were stealing bricks from them, he decided to knock down these teams’ towers and take back several bricks.

Gino’s action led to more fights. In one instance, he had a shouting match with Hasna who declared that Gino did not deserve to be in the house.

Hasna joined PBB Otso to be able to give a better life to her two children with special needs. Gino, meanwhile, was there to get a career in the media industry.

The tension between the housemates led Big Brother to call everyone into the diary room. He castigated the housemates for not playing fairly, and he punished them by saying all the housemates who will be part of the losing team will be nominated for eviction. This is why there were six nominees instead of four.

Hasna’s best moment in the house happened during her second week, when she told Big Brother about her children. She shared that her two kids have autism, and that she joined the Kapamilya reality show so she can support them properly.

She tearfully narrated that it is expensive to support both kids because of their disability. She had to work extra hard to afford their treatment, medicine, therapy and to send them to a special school.

She also had to quit her day job to take care of them 24/7, so she put up a business that allows her to sell ukay-ukay clothing online.

Hasna also told Big Brother about the physical and verbal bullying that her children receive from their fellow children.

Hasna’s story touched many viewers. The video of her story has been viewed 1.7 million times on Facebook, and more than 500,000 times on YouTube.

Several celebrities also expressed their support for Hasna. One of them was Vice Ganda, who even went to the PBB house to meet her.

The ABS-CBN comedian donated some of his clothes to her so she could sell them during their weekly task, which was to sell clothes online, akin to Hasna’s real business. All proceeds of the weekly task were set to support Hasna’s children.

The proceeds of the weekly task were given to Hasna during her eviction. To date, the ukay-ukay weekly task earned Hasna P239,440 pesos.

Hasna was overjoyed with the news and thanked the show for the generosity.

NEXT WEEK: The following episodes of PBB Otso will show the remaining housemates competing in the Big Jump challenge. Who among them will be the first to join the Big Four of Batch 4? Viewers will find out soon.