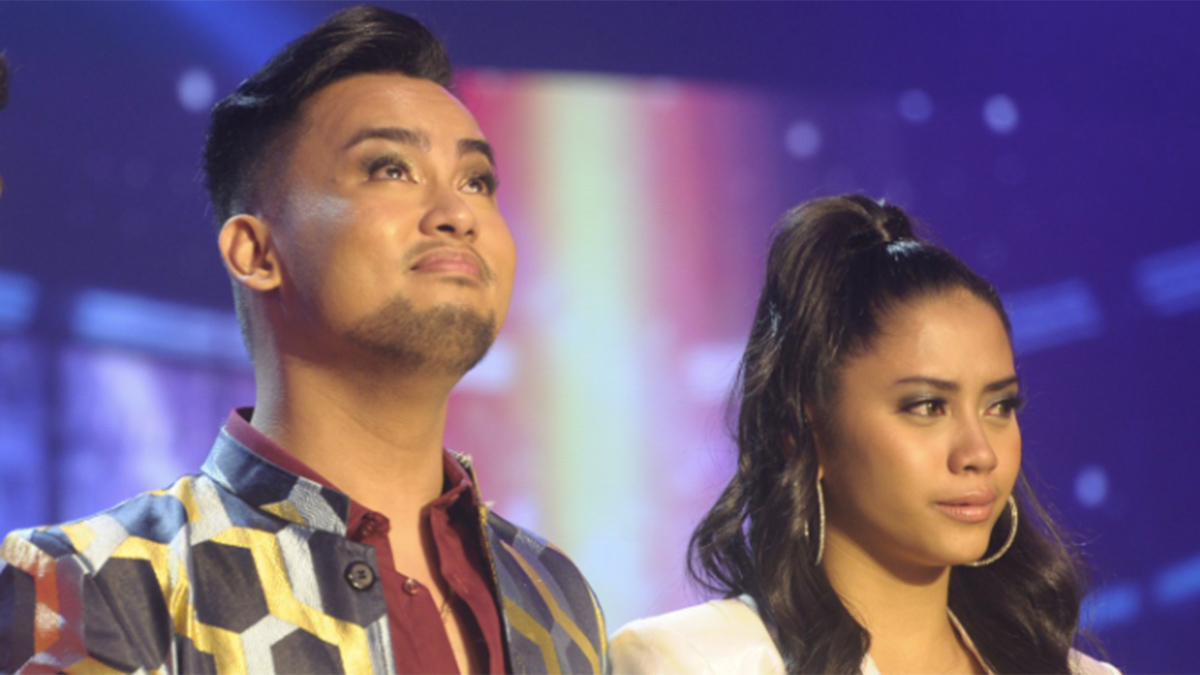 Matty Juniosa and Rachel May Libres are the first two finalists to get eliminated from ABS-CBN's Idol Philippines.
PHOTO/S: @idolphilippines on Twitter

Matty Juniosa and Rachel May Libres are the first two finalists to get eliminated from the Idol Philippines Top 12 live rounds.

The results were announced today, June 30, during the first elimination round of Idol Philippines.

Finalist Elle Ocampo was also included in the bottom three, along with Matty and Rachel.

This was based on 50 percent of the scores given by the judges, composed of Regine Velasquez, Vice Ganda, Moira dela Torre, and James Reid.

The other 50 percent came from viewers's votes via SMS and Google voting.

For their first live show, the Top 12 finalists performed songs of OPM icon and National Artist Ryan Cayabyab, who personally mentored each of the finalists for their performances.

For next week's live round, the 10 remaining finalists will perform hits by Erik Santos and Yeng Constantino.

At the end of the episode, the final tally of votes was shown.

Here is the final tally of votes: